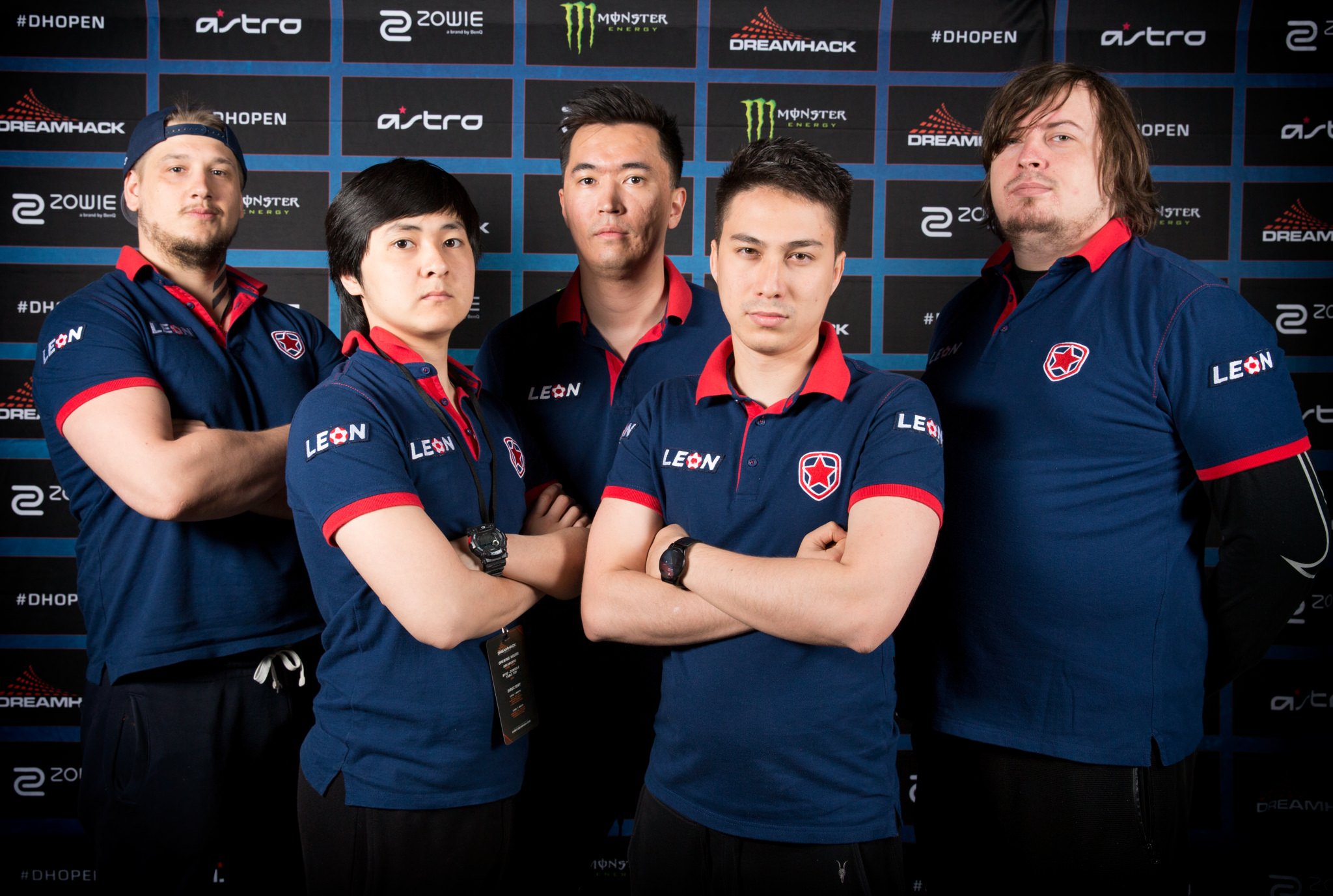 Since the last edition of the rankings we’ve had cs_summit, Dreamhack Austin, IEM XII Syndey and Dreamhack Tours.

After Katowice it seemed as if Astralis’ lead on the rest of the field was too much to be challenged within the next few months, especially if someone had told you they would continue to place top four at every event, win maps off the other elite teams and even make another final. Nevertheless, Astralis retain the top spot by the slimmest margin during their tenure as the top ranked team. A top four finish in Sydney gave them some good Bo1 wins against FaZe, but their loss to FaZe in the semi-finals denied them a third straight finals appearance and opened the way for FaZe to potentially oust them from the number one ranking. As it was, FaZe could not seal the deal and Astralis hang on to the top spot.

They have more Bo1 wins over top ranked opponents, including four wins over their new rivals FaZe. In Bo3 series they sit at four, bested only by SK and with said Brazilian team having just played a tournament which featured Bo3 in every phase. Astralis have lost the major, so they sit on only a lone title, a final and their two other top four finishes. All considered, that’s enough to keep them on top, but SK are FaZe are at their heels and finishing behind them in coming tournaments would be costly for the Danes.

SK Gaming won two events which each had their knocks. cs_summmit featured only one other top 10 ranked team, not an elite one at that – Gambit, and had a Bo5 final, perfect to pad your stats. IEM XII Sydney was very competitive at the top end, with the two hottest teams in the game – Astralis and FaZe – both there and a Bo5 final, but had a lacklustre lower end of the field. It speaks to SK’s revival as a powerhouse and how strong they look that such circumstances have not prevented them from climbing into second place.

SK have more ranked series wins than any team in CS:GO over the last three months, winning Bo3 against Na`Vi, North and Gambit, as well as Bo5 vs. Gambit and FaZe. In Bo1s they have beaten VP, North and Astralis. SK are a dangerous looking team who seemed prime to again potentially claim the world number one ranking. Holding on to their Dreamhack Vegas final, for the time being, also bolsters their claim.

FaZe have elements to their resume which look fantastic: a big title, three straight finals appearances, two series wins over Astralis – the number one ranked team – and nine Bo1 wins over ranked opponents. Their problem is that they did not win the title in Sydney and that their series wins over Astralis are their only ranked series wins in the last three months. The good news is that FaZe need not necessarily outplace Astralis and SK or beat both at upcoming tournaments to jump up to the top spot.

SK will lose their Vegas placing soon enough and FaZe’s lack of series wins have been due to the misfortune, counter-intuitively now we know how good they are, of not facing top teams in semi-finals, due to upsets in other quarter-final matches. Given more tournaments, the latter issue will resolve itself and FaZe are certainly capable of beating the Astralises and SKs of the world. They may be ranked third still, but they have one of the strongest third place rankings in history, not much away from progressing further up the ladder.

VP have not attended any events and continue to shed placings and wins, losing the major from their resume. Nevertheless, they still have their Vegas win and three series wins, with two being over Astralis and SK. Their Bo1 record is a lone win over SK, showing how much their group/swiss stage performances have hurt them, but the boon for the Poles has been the failure of Na`Vi and North to improve upon their own resumes, which were already ranked lower. For the time being VP retain a top four spot, but there will be hell to pay in a month and many tears shed.

Na`Vi did nothing but fail at Dreamhack Tours, as far as the rankings are concerned, yet hold onto to their fifth spot. If FaZe have the strongest third place ranking in history then Na`Vi have one of the weakest fifth places, as despite their play-off finishes and top four at StarSeries, the team boasts a weak resume. Their Bo3 win was over a FaZe pre-NiKo and using a stand-in. Their Bo1 wins are legit, coming against VP, SK and North, but teams below them have not had the placings or series wins at big events to surpass the troubled CIS squad just yet.

The next edition will be a very different story, with teams below them possessing better recent results and Na`Vi set to start shedding play-off placings.

The rise of Gambit was inevitable after their finals finishes at cs_summit and Dreamhack Austin, winning the latter, but it may surprise many that it only took them three spots up to sixth. The problem with those two tournaments is that they lacked top ranked opponents and thus Gambit was only able to score a map off SK, a map off HellRaisers and a Bo3 against IMT. Beating unranked NA teams and a G2 who have yet to earn a ranking does little to earn you ranking spots. You or I may have considered G2 a top team, but they had yet to meet the requirements of the rankings at that time.

As much work as Gambit have seemingly been doing, they still only won their first series against a ranked opponent at their last event. Their big placings are also at tournaments where they finished ahead of practically every other ranked team, as opposed to Na`Vi’s play-off placings in the biggest tournaments in the world.

The French super-team finally enters the rankings, but not without numerous road-bumps along the way. Most would have said they should be entering with two tournament wins, but their mishaps in Austin gave them only a map win against Gambit and only a fairly weak top four finish. Thankfully they took care of business, by the end, on home soil and won Dreamhack Tours, claiming a series win against HellRaisers.

G2 have a fairly medicore resume for a team of their talent level, but it is enough to earn a ranking and battle in the mud with the lower ranked teams, where every ranked win matters and placings are worth their weight in gold. G2 also has the advantage of having garnered all of their resume recently, so they won’t lose any placings for a while and can improve their case in the coming months, in contrast to the Norths of the world.

As well as their HR series win, G2 has taken maps from SK, FaZe and Gambit, a pretty solid little trio of wins.

North are consistent only at underwhelming, always finding a way to lose to underdogs and fail to make strides into actually beating the elite teams, even if they so often play them close in losses. They accomplished nothing in Sydney and their lone ranked series win against OpTic is both worth very little, due to that ranking being prior to stanislaw’s departure and the event being set to come off the books next.

North’s Bo1 record is good, with wins over VP, Na`Vi, Astralis and FaZe, but their placings are simply decent and thus they find themselves down at eighth, even if it is a fairly solid eighth in terms of overall resume.

It must seem cruel for Immortals that they made a final and yet dropped spots, but G2 and Gambit both leapt ahead of them, so losing two spots was always a danger. IMT’s problem is that they gained no ranked wins in Austin, thanks to not getting to face G2 and then losing outright to Gambit. They have one of the best set of placings for a team ever ranked this low, but they need more ranked wins on the board to make a climb in the future.

HellRaisers also made a final and yet dropped two spots and for very similar reasons to IMT. They beat no ranked opponents in Austin or Tours and their resume of wins is pretty weak. They have that lone cache map against FaZe and their quarter-final series win against North at the very same StarSeries. Rankings are about more than just placings.