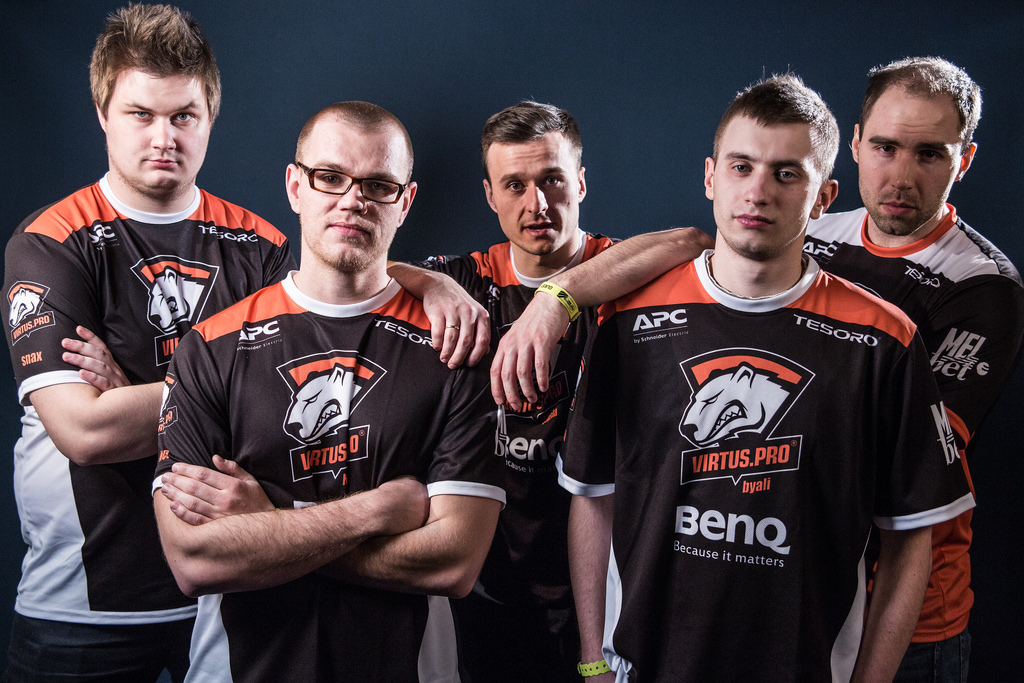 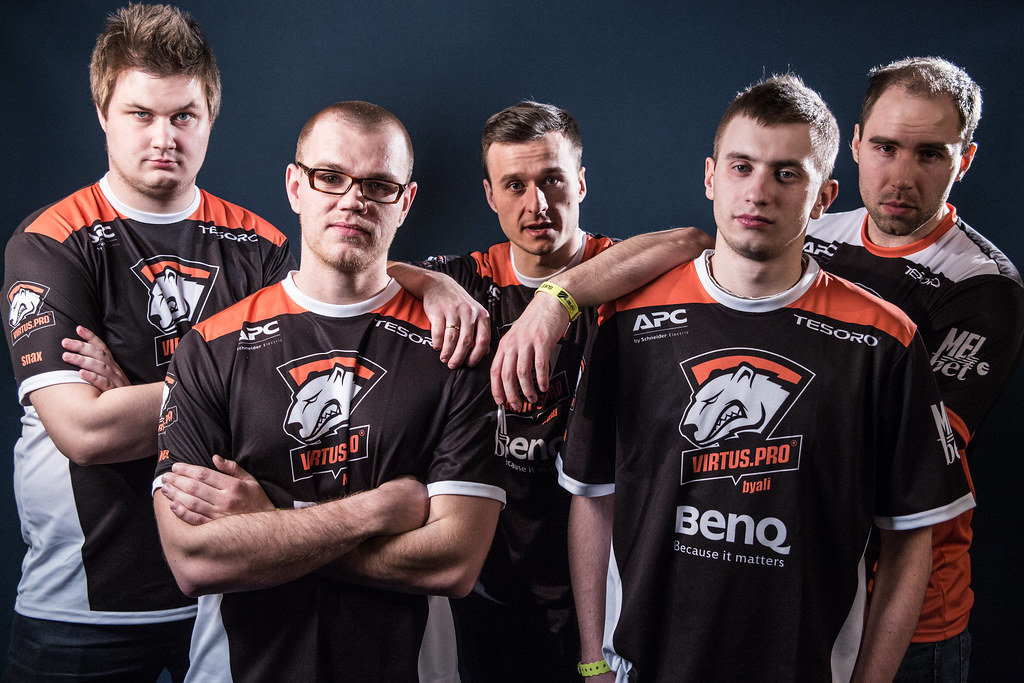 What’s worse is the fact that Kinguin did not have any special strats prepared, they are a team that relies solely on their aim to aid them, meaning that a team like Virtus.pro, who have historically great fraggers and a large enough tactics pool should be able to demolish such a team easily. However, Virtus.pro did not show up at all: they slumped badly on the first map(train) after getting at 15 rounds, allowing Kinguin to reach 14 even though Fox was overly aggressive which costed Kinguin. It felt like all hope was lost for Kinguin when, on the 30th round they got in a 4v1 situation against rain, but they lost it as they were all peeking one by one, allowing him to get the the kills, defuse and save the game, which should never happen at the top level.They managed to pick up the pace however, as they demolished Kinguin in the overtime on a typical Virtus.plow fashion on the T-side, getting 4 rounds and eventually closing the map.

Rain’s clutch was not enough to lead Kinguin to victory on Train.

The virtus.plow mode did not last long, however, as they lost after a very narrow first half on Dust 2, as Kinguin went on to win the map with a 16-10 scoreline. The surprise, however, came from the last map, Cache, on which Kinguin simply demolished VP with a perfect scoreline: 16-0.

To understand the gravity of this loss we need to consider the circumstances in which it happened: VP have been a team that has slowly declining since the “golden” Katowice 2014 days, dropping from the best team in the world to the 2nd , 3rd 4th and eventually 5th, as they were never able to consistently win series against top teams. Rumors of possible problems within the team arised since ESL-ESEA pro league, where they failed to reach the final. Virtus.pro have struggled both inside the game; as Pasha has never been able to copy his Katowice 2014 performance and slowly became a burden to the team; while Snax, a player that has always been crucial for VP and on of the main carries has seemingly disappeared from the games, bottom fragging and having virtually no impact. Outside the game things have been also looking grim: conflicts between Pasha and the rest of VP (especially Taz) have escalated to the point where Pasha was literally staying two feet away from his team at the event. Kuben, their coach, did not help the team in either categories, and inside the game he almost had no imput for his team; not calling strats or anything.

To be honest, I personally expected roster changes to happen if they did not manage to reach the final, but this feels like the nail in the coffin for VP, a performance probably comparable to the Nip loss against Platinum one year ago at ESWC.

The problem is that if VP had lost 16-13 or even 16-10 you could say that maybe at least they had some strats, or someone got frags and carried, so you could know on who to build the team around, but losing at 16-0 means that basically they had NOTHING going their way: not good enough strats, no team coordination, almost all of their players slumping (basically the only player that got double digits was Taz, at 11, with both Pasha and Snax bottom fragging), no one could clutch a single round, and they could not even hold down a site after planting the bomb. One moment comes to mind when Scream is defending the B side, and all of VP come at him one by one, and he is able to headshot every single one of them and win the round. Again , this should never happen at the top level of play.

Given the issues that have been haunting Virtus lately, a roster change should be expected. The problem is that Virtus’s players have recently signed a two year contract with the organization, so removing players from the roster might not be an easy task.

I personally thought of a way to change the lineup:

The first one on the chopping block, no matter from what angle you look at it, must be Pasha. As I said, he has been slumping for months now. The problem is that when his aim has gotten worse, Virtus tried to imitate the play style of teams like Na’Vi or Titan by having Pasha AWP’ing. The problem is that, unlike Guardian or KennyS, Pasha is not a top tier AWP’er. In fact, he might be a solid tier two awper at most. He is not a good enough apwer, and also he hasn’t been a good enough rifler for a very long time now; plus it seems like he has personal issues with some of the other guys in their roster, so removing him is the wisest choice.

However, If I were Virtus.pro, I’d not remove him, but rather make him a dedicated streamer and have him as a sub for the team. This way, he still keeps his contract while doing something that he is very good at, as many people watch and enjoy his stream. I’d say that they should make Pasha somewhat like Ceh9 is for Na’Vi; a dedicated streamer and sometimes Sub when the other teammates can’t attend.

Regarding his replacement there are actually a bunch of good players that might fill his spot: Michu, Innocent, Rallen or SZPERO are all very good  and promising polish talents that might be able to become good enough for tier 1 team standards, given some time.

Minise might be a good fit for the Virtus.pro lineup

Now, I haven’t lost all my faith in Snax yet. After all, his slump is nowhere near Pasha’s, and maybe with a bit of help he might be able to reach his former self. Keeping him in the lineup now might not be the best idea in the short-term, but in the long-term if Snax can get up from his slump the upside is pretty huge.

Can Snax make it to the top again?

There is just one more roster change that I’d do; and that’s Kuben. The problem with him is the fact that when the game starts he basically just watches the game, he does not offer any imput, doesn’t help with the morale or anything. I don’t know how much he helps outside the game, but I think that having a good coach that can also be the in-game leader for the team is one of the biggest priorities, as they have always struggled with having a stable leadership. Even when they were still a top4 team, they always used to change the leadership from Neo to Taz and so forth, whenever they would lose, which is not what you want to do if your purpose is to be the best. Individually, Neo has been ok, nothing too special, but he is not expected to carry his team, as he is the supportive player. Taz has improved lately, but is still inconsistent.

The problem is that many people seem to still consider them a real contender for the top spot, because of their plow mode. I think this is amusing, as this “plow” mode basically implies that all their three best players are having their A game, which leads to getting a ton of T rounds consecutively by getting the entry frags and opening the site. The biggest problem with this is that we have only seen this plow mode winning them a tournament TWICE, at Katowice and Gfinity 2014. In order for VP to roll over teams like Fnatic or TSM they need both Snax, Byali and Pasha to be on their A game, which in reality both Snax and Pasha have been far from getting anywhere close to that performance. Yes, the plow mode can work for a half or a map (or for example in the overtime on train agaisnt Kinguin), but reliying on it to make you beat the best teams in the world means that you might only be able to win once, or maybe twice every year, as Virtus have shown.

Regarding their wins at Copenhagen games and ESL, I don’t think that those are legit top performances. After all, at Copenhagen the best team they faced was the TSM that did not yet go on the three tournaments wining streak; and at ESL they managed to beat Fnatic in a BO3 series mainly because Season was on the map pool, and Fnatic did not ban it, even though they did not have too much experience on it, which allowed VP to get an “easy” map off them.

Going back to these roster changes, if they ever happen, are definitely not going to instantly make Virtus.pro the best team in the world. But adding new, fresh players and a good coach who can lead them might be the missing piece to solve the puzzle for them. Can Virtus.pro once again make it to the top?