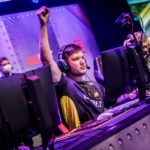 With the PGL Stockholm Major in the books, it’s now time to take a look at those who shined the most in the first Valve-sponsored event in over two years.

Usual suspects like Natus Vincere’s s1mple and G2 Esports’ NiKo were the two best players of this CS:GO Major. But several debutants had great performances as well, such as FaZe Clan’s Helvijs “broky” Saukants and Copenhagen Flames’ Nico “nicoodoz” Tamjidi.

This list contains the highest-rated players from the PGL Stockholm Major Legends Stage and onwards. We did not take into account the Challengers Stage, since it was the first stage of the competition with several great players and teams starting in the Legends Stage not attending. Aside from rating, the number of maps played has also been taken into consideration.

Here are the 10 best players of PGL Stockholm Major.

Broky was one of FaZe’s best players throughout the Challengers Stage, but he really shined on the Legends Stage, where he finished with a 1.18 rating across eight maps played. The Latvian AWPer was one of the reasons FaZe Clan had a chance of making it into the playoffs, especially because of his display against Team Liquid in the 1-2 match pool. The only reason he’s not higher on this list is that other players had similar ratings, but they played more maps than him.

If there was any doubt about Copenhagen Flames and nicoodoz’s potential in an S-tier competition, that doubt is now gone. The 21-year-old Danish AWPer showed he can go toe to toe against some of the world’s best snipers such as ZywOo, s1mple, and Dzhami “Jame” Ali. He finished with a 1.16 rating across 9 maps and made one of the most beautiful plays of PGL Stockholm Major, an AWP ace against Heroic.

Martin “stavn” Lund was another Major debutant, even though he has been competing since 2016. The 19-year-old Heroic star rifler was by some margin the best player on his team. He played 12 maps in total between the Legends Stage and Champions Stage, and averaged a respectable 1.15 rating.

It would be hard to convince someone that hasn’t been keeping up with CS:GO that David “frozen” Čerňanský was the best MOUZ player at the Major and not the Estonian superstar Robin “ropz” Kool. The Slovak has reached new heights in 2021 and all his hard work paid off in the PGL Stockholm Major. He averaged a 1.22 rating in the Legends Stage with seven maps played, and was arguably the main reason MOUZ stayed alive longer in the competition after he completely dismantled ENCE in the 0-2 match.

Dmitry “sh1ro” Sokolov did what was expected of him at PGL Stockholm Major. The Russian AWPer averaged a 1.21 rating across nine maps between the Legends Stage and Champions Stage and probably would have helped Gambit to go further in the competition if they didn’t face Na`Vi in the semifinals. This was just his first CS:GO Major and we can expect even more from him in the future ones.

Denis “electronic” Sharipov has proved over the years that he can be Na`Vi’s second star, stepping up to take care of tough games. The world-class rifler had one of the best Majors of his career, individually speaking, as he averaged a 1.28 rating in 10 maps. But despite his stellar play, he was not the second-best player in Na`Vi this time.

No one would have predicted that Valerii “b1t” Vakhovskyi, an 18-year-old player that was promoted from Na`Vi academy just last year, would have been one of the PGL Stockholm Major’s stars. The young blood had great performances throughout 2021, but he peaked in his first Major ever. B1T was the highest-rated player of the Legends Stage and continued to do work in the playoffs. He finished the competition with a 1.27 rating, slightly worse than electronic, but had a higher K/D. (1.47 vs. 1.28) This could be b1t’s breakout into a massive star in a still-young career.

Vitality had a shaky run in PGL Stockholm Major. They found themselves in the 0-2 hole after a bad start, and ZywOo didn’t exactly contribute a lot in those first two games. The back-to-back best CS:GO player in the world, though, took responsibility and entered hyper-carry mode to help Vitality qualify for the playoffs, where they were eliminated by the hands of Na`Vi in the quarterfinals. The French AWPer played 13 maps and averaged a 1.30 rating, proving that he’s still among the world’s best in 2021.

The Bosnian star was in contention for PGL Stockholm Major MVP race, having helped G2 breeze past the Legends Stage and win close series in the playoffs. There are CS:GO fans who often downplay NiKo for his lack of trophies, but no one can say that he’s not one of the most talented players to touch the game, especially after this Major. He averaged a 1.36 rating in 11 maps and did his best against Na`Vi in the grand finals, but he was simply not meant to win the Major this time.

After his MVP performance at the PGL Stockholm Major, s1mple is now considered by many to be the greatest player in CS:GO. He has been amazing the whole year, and will be named the best player in the world unless something catastrophic happens. The Ukrainian superstar displayed impeccable form in the Major, finishing the tournament with a 1.47 rating. He stepped up even further when it mattered and tore teams apart in the playoffs, averaging a 2.26 rating on Mirage against Gambit in the semifinals, and dropping a 40-bomb vs. G2 on Nuke, the last map of the grand finals.