The North Americans are looking strong to win their sixth major tournament in a row. 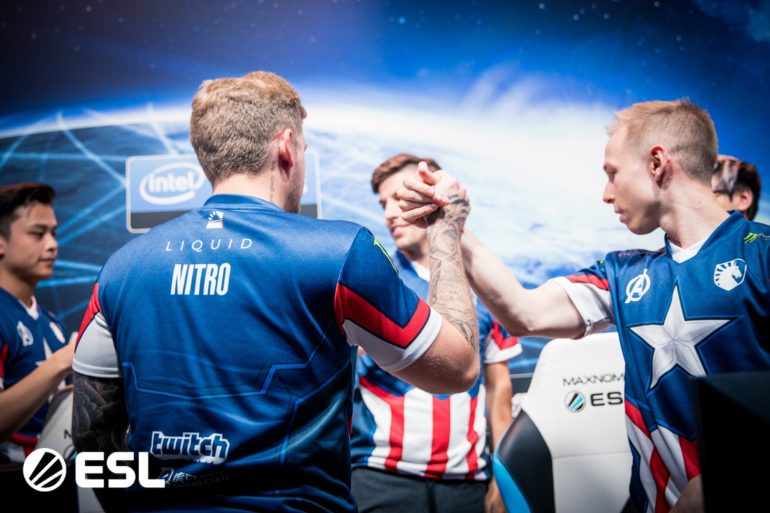 The North Americans are having a great tournament so far, and it continued with a clean sweep against Envy earlier today, winning 2-0 (16-1 on Vertigo and 16-6 on Mirage). G2 also had no trouble in their earlier match against MIBR, whom they swept.

The series between Team Liquid and G2 Esports started on Dust II, G2’s map pick. Liquid had a great first half on the T-side, winning it 9-6, despite Audric “JaCkz” Jug getting several multi-kills.

The French team really came alive in the second half of the game, though. Kenny “kennyS” Schrub shined with the AWP and finished the game with 21 kills and 90 points of average damage per round. But the rest of G2 players also helped to defeat Liquid 16-13.

Both teams continued to play well in the next map, Overpass, one of the most reliable maps for the Nicholas “nitr0” Cannella’s crew nowadays. Liquid won the first half of the game 9-6, the same way they did on Dust II. The North Americans were looking especially on point behind Jake “Stewie2K” Yip’s elite entry-fragging.

The outcome of the match could have been very different if G2 didn’t drop the ball on a crucial Liquid’s force buy, however. The Frenchies’ move into the B bombsite with only 20 seconds left in the clock was shut down by Keith “NAF” Markovic and Russel “Twistzz” Van Dulken. It was Liquid’s time to win 16-13 as NAF and Stewie2K combined for 43 frags.

Liquid definitely showed why they’re the best team in the world on map three, Inferno. The North Americans played an impeccable T-side, winning 12 consecutive rounds during the half.

G2 attempted a comeback, and after winning seven consecutive rounds, it seemed as if it was working. Liquid was able to pull out a miraculous retake, though, to halt the win streak at seven rounds. That round slowed G2 down and Liquid closed out the series with a 16-9 win.

Liquid is looking on point so far and are the favorite team to win IEM Chicago, especially with Vitality, the second-best team in the world, losing to Heroic in the first round and having to play more best-of-threes to even advance to the semifinals. As for G2, they had a great performance despite the Inferno result and could have defeated Liquid in this series.

Liquid will have tomorrow to rest and prepare for the semifinals on Saturday, while G2 will play the Group A decider match against MIBR at 2:50pm CT.