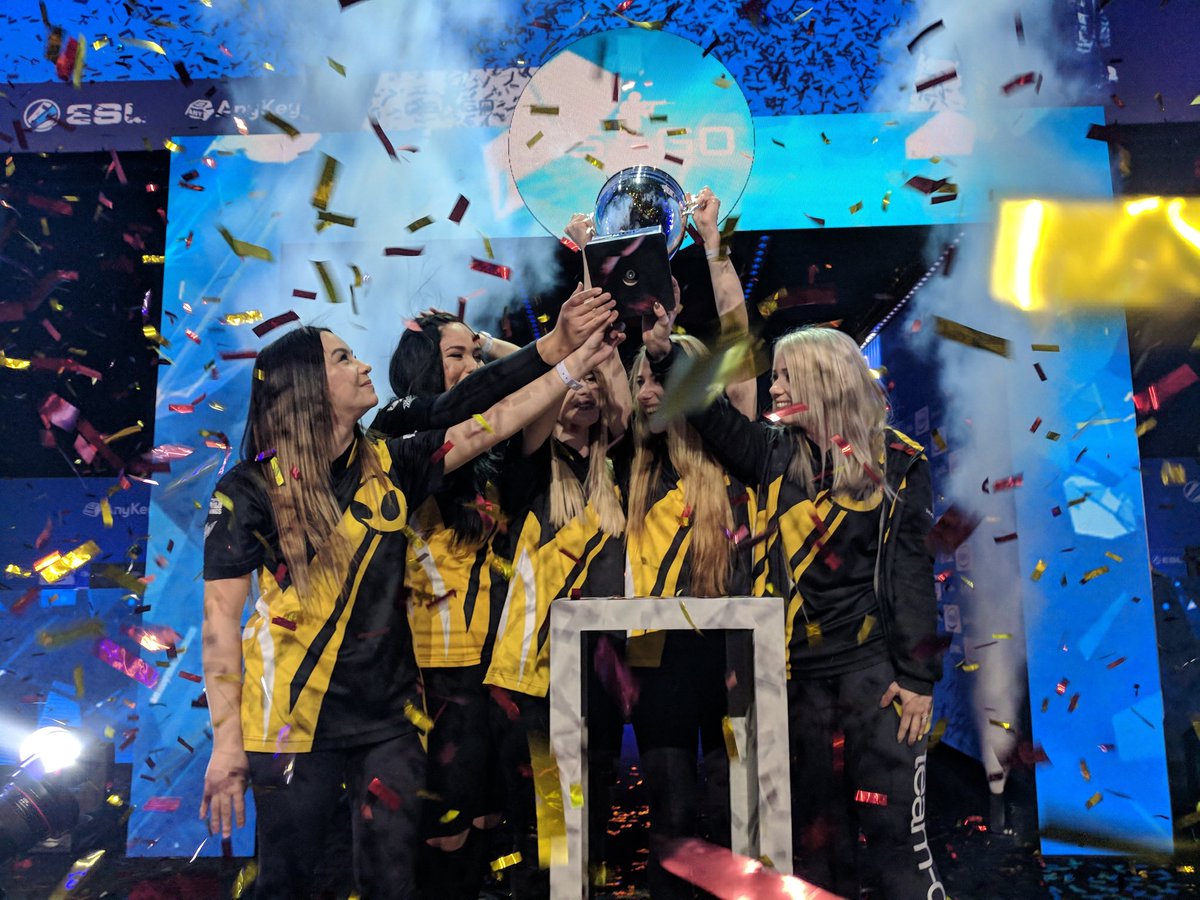 A new female world champion has been crowned in Katowice, Poland.

On the road to their title win, Dignitas breezed through their GSL-style group with two best-of-one wins against Team Singularity Female (Inferno 19-17) and Keyd Stars Female (Overpass 16-4).

Dignitas’ biggest challenge was RES, whose title-winning trio was eager to move on to their fourth consecutive Intel Challenge grand final. RES took map one Inferno 16-11, but Dignitas really showed up on Nuke and Train with 16-5 and 16-6 scorelines. Amanda “rain” Smith and Mounira “GooseBreeder” Dobie did the most damage against the European side, as they both accrued an average 22 kills per map in their monumental upset of RES Gaming.

To end their run in Katowice, the North American girls crushed Squared Female in two maps—Inferno 16-2 and Train 16-4. Goosebreeder put up large numbers once again on Inferno at 26 frags and a 121.2 average damage per round, with Kiara “milk” Makua helping out on Train at 26 kills and a 123.7 ADR. Carolyn “artStar” Noquez also picked up a one-vs-two ninja defuse clutch on Train to keep Squared’s T side to a minimum in Dignitas’ winning map.

With this victory in Katowice under their belt, Dignitas are the newest female champions in Counter-Strike. They’re the first team to take home an international win for the Dignitas organization since October 2016 at EPICENTER 2016, when a male Danish squad led by Mathias “MSL” Lauridsen conquered the playing field.