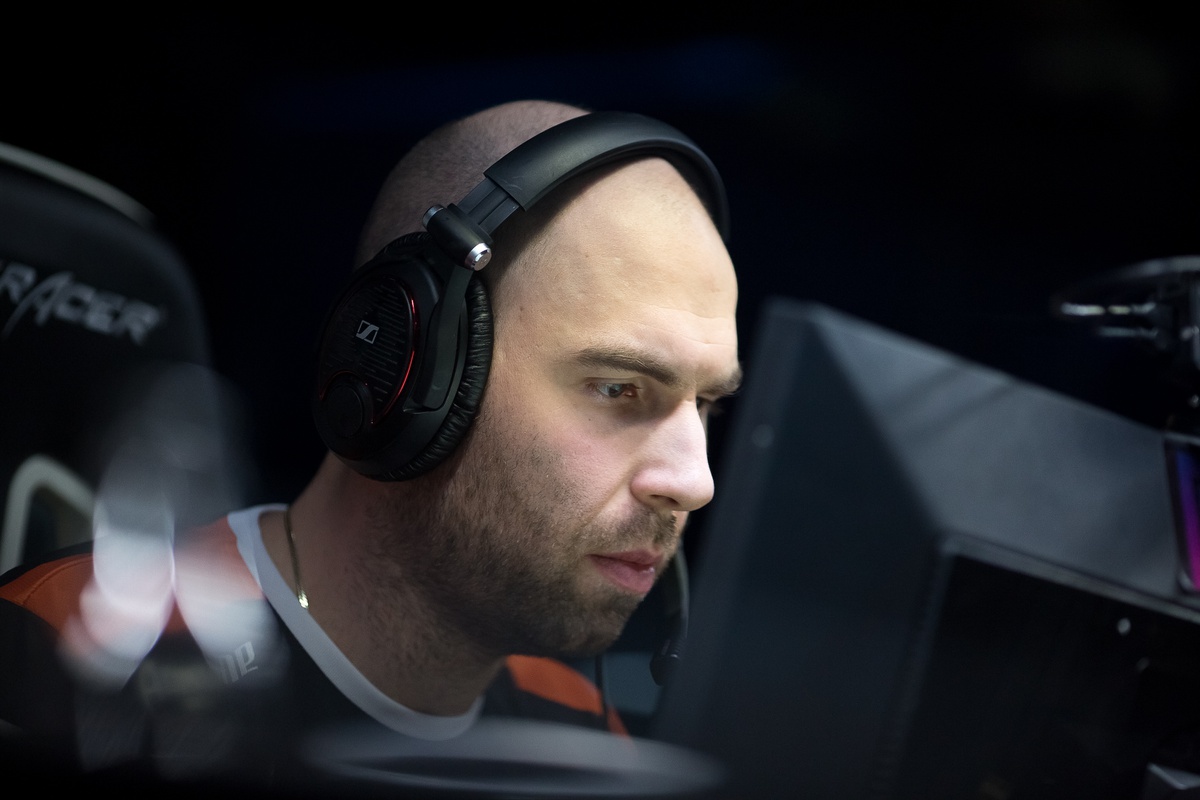 Team Kinguin is a big underdog going into the European Minor this week, but that’s not stopping their captain and in-game leader, Wiktor “TaZ” Wojtas, from believing in them.

TaZ and co. have a tough task ahead of them—qualifying for the FACEIT London Major this upcoming September. With only a few months of preparation and a few offline appearances in smaller tournaments, Kinguin is going up against big names in the European scene, like OpTic Gaming, Ninjas in Pyjamas, ENCE Esports, Red Reserve, and Sprout Esports. Their opening group contains NiP, RR, and Sprout. Despite the intimidating competition, TaZ is hoping his team has fun with it.

Dot Esports spoke with TaZ prior to his team’s initial match vs. Sprout Esports, which will take place on Friday, July 20 at 8:30pm CT at the Minor. He reflected on his time with Kinguin so far, as well as what he truly sees in this underdog lineup from Poland. TaZ didn’t want to compare experiences of his past team, Virtus Pro, with his current team for personal reasons, however. He was benched from VP in February and moved on to Kinguin the following month.

You’ve been with Kinguin for about four or five months now. Looking back, how would you compare them and your past team, Virtus Pro?

Honestly, I’m not really comparing these two teams. I don’t really think about VP. I don’t really talk about VP. It’s more so I can focus on this project playing with Kinguin and trying to achieve stuff with these guys. So it’s the only thing I’m actually thinking about. I’m not going to compare the two because I just don’t feel like it. Sorry.

Is your time with VP something you want to just completely forget altogether?

I mean, for me, it’s like a closed chapter, you know? I don’t want to go back to it. I want to focus on this new journey, this new chapter in my life. As I feel that playing with these guys bring me a lot of joy and it’s almost like I can breathe, you know? Every official game and every tournament is like something I can’t wait to play. And yeah, that’s it. That’s why I’m not really thinking about my past, because I want to build my present and focus on the future.

What is it like being the in-game leader of a rising team like Kinguin that has so much potential? From a veteran standpoint, what would you say are the biggest obstacles?

I think that the biggest obstacle was to actually be on the team from scratch, like getting the players [himself, Pawel “reatz” Janczak, Jacek “MINISE” Jeziak, Karol “rallen” Rodowicz, and Mikolaj “mouz” Karolewski] from three different teams [VP, Pride Gaming, and Kinguin], with three different mentalities and three different styles of play—just trying to fit in with everyone and make it work very fast.

As you know, Counter-Strike: Global Offensive is very demanding. I mean you have to have results very fast, or you’re going to be marked as “damaged goods” or something like that, you know? You’re not going to be seen as a potential successful team in the future or a good investment. So it was a challenge to actually do it extremely fast. And also looking at how we had to start, when we had to start official games, I think that the first month or first two months we played more official online games than I played with Virtus Pro in one or two years. So that was a crazy amount, and trying to practice and making everything work at the same time is just a mental challenge for everyone.

How would you compare yourselves to AGO Esports, another rising Polish team? Is there anything that stands out to you about them?

I don’t think so. I actually think that we are an extremely different team than AGO. There’s just the points I see in my team that I don’t see in the other teams, but it’s also them, you know? They have some stuff that we don’t have and let’s keep it that way, right? I don’t want to talk to much about it. But I’m very happy with what I have in this lineup. It’s just a matter of trust, motivation, and work. If we can manage that and work together for a longer time, even though we will have some obstacles and some tough losses, I believe that in the end there’s a big reward.

What steps are you going to take to get back to the top of CS with Kinguin?

I believe that the first step is just believing in yourself. To actually have it, you need to start winning online games. That’s the good thing about us playing a lot of online games, because we simply have to change ourselves mentally every day. This brings a very small amount of confidence into everyone after every win. Even winning a ZOTAC Cup qualifier gave our team a huge bounce in motivation and confidence. We remembered that it was a small event, right? And if had such a big effect on the team, then I’m just happy to work with the guys and I can’t wait for bigger opportunities.

To finish up, how confident is the team going into the Minor right now?

Let me put it my way. I believe that there’s very hard teams with very strong lineups. People are extremely hungry to go to the Major, and everyone is skilled and knows what’s at stake. It’s not going to be easy. It’s going to be the hardest way to actually get to the Major. Now every qualifier in the upcoming half of the year will be tougher and tougher. Even coming to this Minor was a big challenge, going through the online open qualifier, then going though another online closed qualifier, and now going from here to another [the New Challenger stage]. It’s extremely challenging.

But I believe in this lineup, and I think the confidence is there with me and the guys. My dream will be to go to the Major. My dream will be to show everyone that this lineup can be the next big thing coming from Poland. I think these four guys really deserve it. Three of them were in the scene for a very long time, and reatz is a guy who went under the radar, and I want him to be a player that everyone will be surprised with. There is no pressure from my side. There’s no pressure from anyone else. I just want guys to enjoy the game, and I know if everyone has fun at the start, then there will be satisfied at the end.