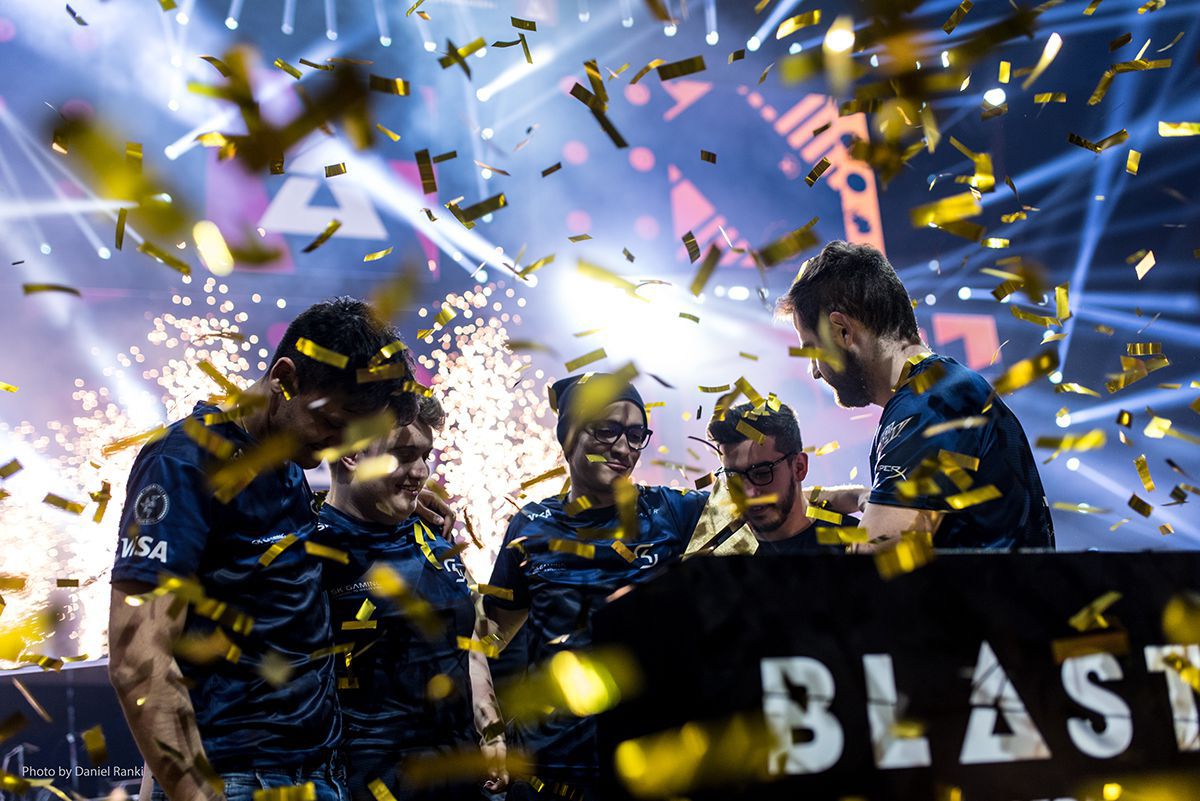 The world-class talents on SK Gaming were eliminated from this year’s WESG World Finals earlier today, and the implications are looking scary for the Brazilian team.

In the first WESG group stage, SK lost to Team Russia and BIG in best-of-ones on Overpass (16-10) and Train (16-11). Teams in the lower tiers of Counter-Strike, such as MVP PK, ORDER, and even their Brazilian counterpart Team One, are advancing to the next group stage of the $1.5 million event—all while SK sits on the sideline as a result of another lackluster performance. But the bigger, overarching storyline that fans are paying attention to is whether they’re in a slump or in a decline phase.

Under the command of Gabriel “FalleN” Toledo, the Brazilian elites were the most successful CS:GO team in 2017. They locked in eight international championship wins under their core four—FalleN, Marcelo “coldzera” David, Fernando “fer” Alvarenga, and Epitacio “TACO” de Melo. When the team mold seemed to deteriorate, Joao “felps” Vasconcellos was swiftly swapped out of the lineup for Ricardo “boltz” Prass, who won three of the eight trophies while on loan from Immortals.

Now that boltz is essentially locked into the lineup, the pressure is on for SK to maintain their 2017 form.

Going into the new year, SK were feeling extremely confident. They’d ended 2017 with a victory over FaZe Clan at the ESL Pro League Season Six Finals, and they even showed some “BM” on social media, boasting of their trophies in the SK team house. After the EPL Finals, however, SK fell to North American rosters Team Liquid and Cloud9 in best-of-threes at both the Boston Major and cs_summit 2, which are historically rare events for all three teams. At the same time, FaZe maintained their juggernaut form of 2017 in 2018, reaching the grand finals in four of their last five international events.

Following their disappointing losses to C9 and Liquid on home soil, SK’s form worsened, as they were eliminated in the group stages of StarSeries Season Four and IEM Katowice. The last time that SK had left an event during the group stage was at the ELEAGUE CS:GO Premier last September—their last event with felps before boltz was subbed in (felps competed at the Boston Major because of Valve Major roster rules).

“Nothing to say, very embarrassed on ourselves,” FalleN said on Twitter after they were knocked out of WESG. “We are putting the effort but results are unacceptable.” This could foreshadow potential changes for the Brazilian lineup, but coldzera assured fans that it may be just a slump for them.

“I think due [to] our friendship we overcome a lot of problems!” coldzera said in a Reddit AMA last month. “We feel like a family. It’s been almost 3 years together, traveling, eating, etc. everything together, so its normal to have arguments.”

SK’s 2018 state is grim so far, but the coming weeks before DreamHack Masters Merseilles could be a time for them to regroup, revitalize, and reinvent themselves. Otherwise, it may be curtains for one of the most legendary cores in Counter-Strike history.