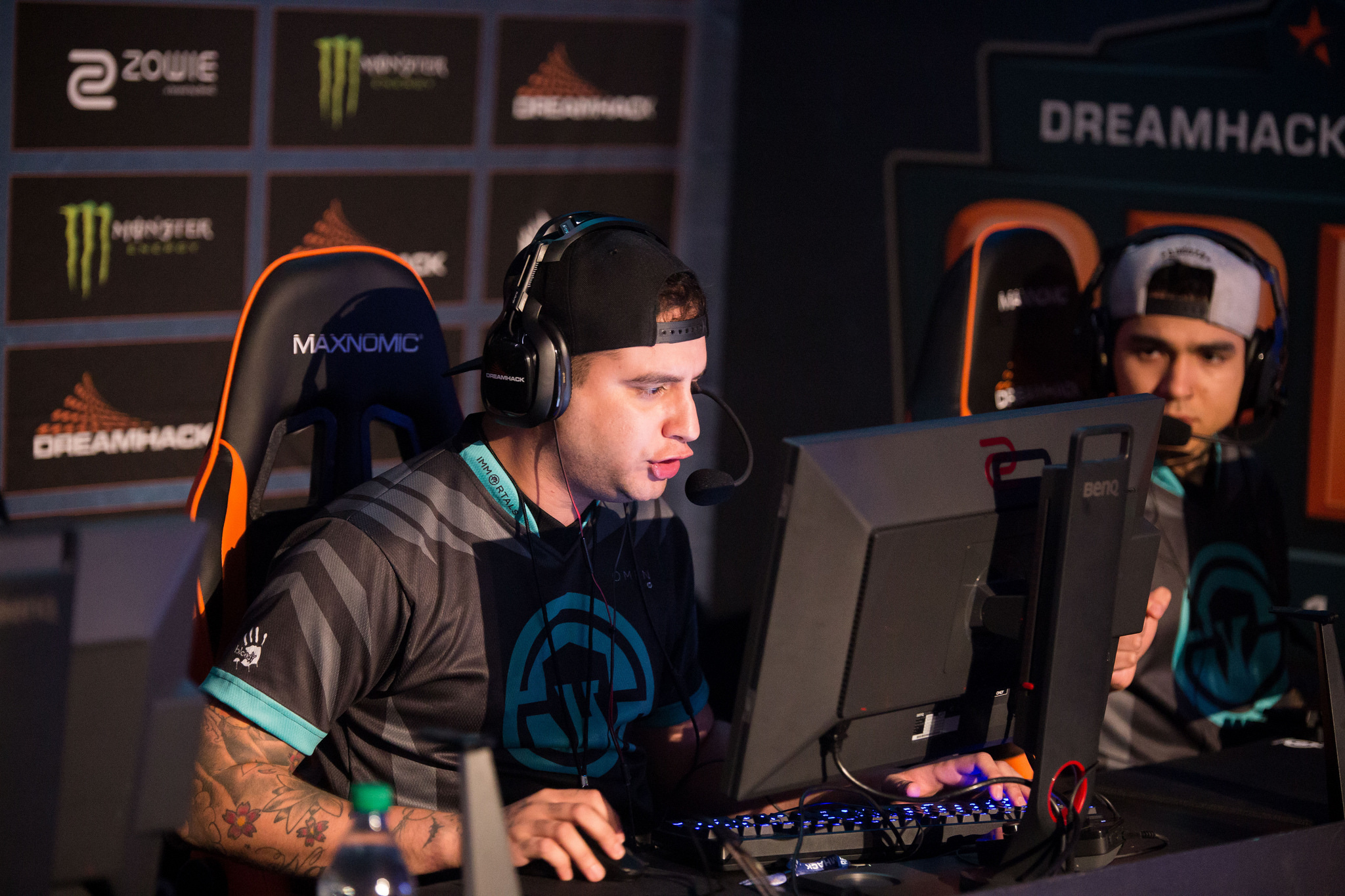 Vito “kNg” Giuseppe is on his way out of 100 Thieves, and he hasn’t even had his debut for the relatively new organization.

KNg was released by 100 Thieves today, after he made inappropriate comments towards Journalist Duncan “Thorin” Shields earlier this week. Thorin made a joke on Twitter about the integrity of 100 Thieves, and kNg did not take it lightly, biting back and making a homophobic comment in the process.

“The offensive and inappropriate language that was used last Sunday by kNg has no place in this organization,” 100 Thieves said in its announcement.

Related: 100 Thieves will not compete in the ELEAGUE Major: Boston

The move by 100 Thieves may also be followed up by signing SK Gaming’s Joao “felps” Vasconcellos, who is currently playing his last event with the Brazilian lineup at the ELEAGUE Major: Boston. Felps will conclude his time on SK this weekend in the New Champion stage of the Major, where they will be playing Fnatic in the quarterfinals.

Unfortunately for 100 Thieves, they were unable to compete in the Boston Major due to visa issues.

100 Thieves is the second consecutive organization that is removing him due to a lack of professionalism. His first big organization, Immortals, didn’t tolerate his previous actions—where he threatened to kill former CLG in-game leader Pujan “FNS” Mehta for a Twitter joke. His contract with the team was subsequently terminated in September.