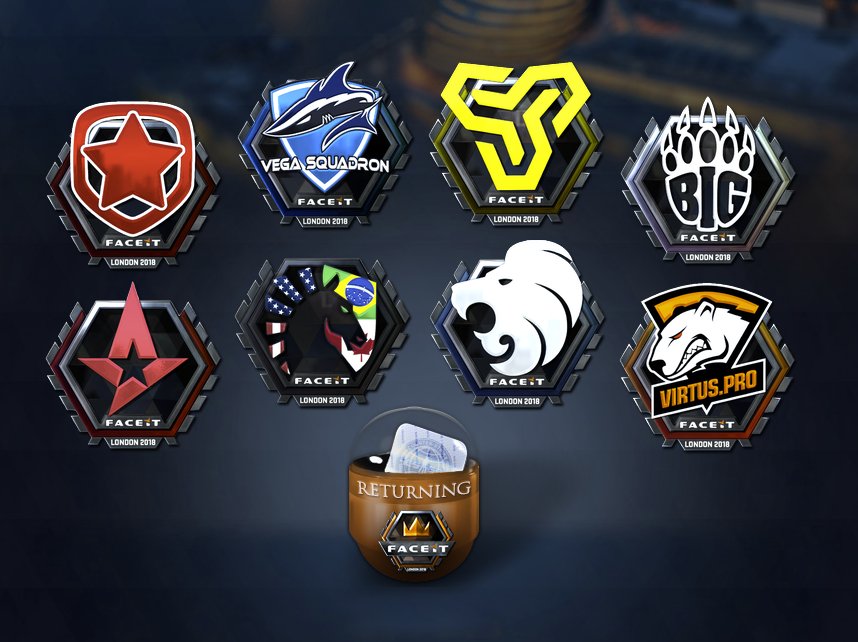 The FACEIT London Major begins Wednesday, Sept. 5, and there’s a lot to look forward to at the $1 million event.

esday, Sept. 5, and there’s a lot to look forward to at the $1 million event.

With 24 teams vying for the title of “top dog,” it may be hard to tell at first glance where everyone stands in the world rankings. These power rankings will help guide you through the most popular, fan-based challenge in CS:GO—the Pick’Em challenge.

The Pick’Em Challenge is an in-game test of whether you can decide which seven teams will advance to the next stage of the Major, which squad will have a 3-0 record, and who will be eliminated with a 0-3 record. To learn more about the Pick’Em, check out Valve’s FAQ page, which has everything you need to know about the challenge.

Astralis may seem to be the obvious pick because they’re regarded as the best squad in the world, but sometimes that factor can put a lot of pressure on teams, especially in best-of-one matches. Remember when FaZe Clan went 0-3 at the Krakow Major last July? So yeah, stuff like that can happen, and they can lose. But if you’re feeling risky, you can choose Team Liquid, Ninjas in Pyjamas, and even HellRaisers as teams who could pull off the 3-0 to start.

Teams who could advance

Potential 3-0 teams could also fit in this category as well, considering they’re some of the best in show. To complete the bottom row of your Pick’Em, it’s best to choose from BIG, North, OpTic Gaming, Renegades, and Space Soldiers. These teams are much better on paper, relative to the rest of the team pool. If you really believe in North American Counter-Strike, placing compLexity Gaming and Rogue Gaming here wouldn’t hurt either.

This stage of the Major isn’t looking too great for Virtus Pro and the rest of the CIS region. Gambit Esports and Vega Squadron haven’t been the same since the Boston Major, while this is Team Spirit’s first Major. VP, on the other hand, are making a huge roster change involving long-standing veteran Pawel “byali” Bielinski right after the event, so it would be surprising if they have a good showing, especially considering their poor form in the last year.