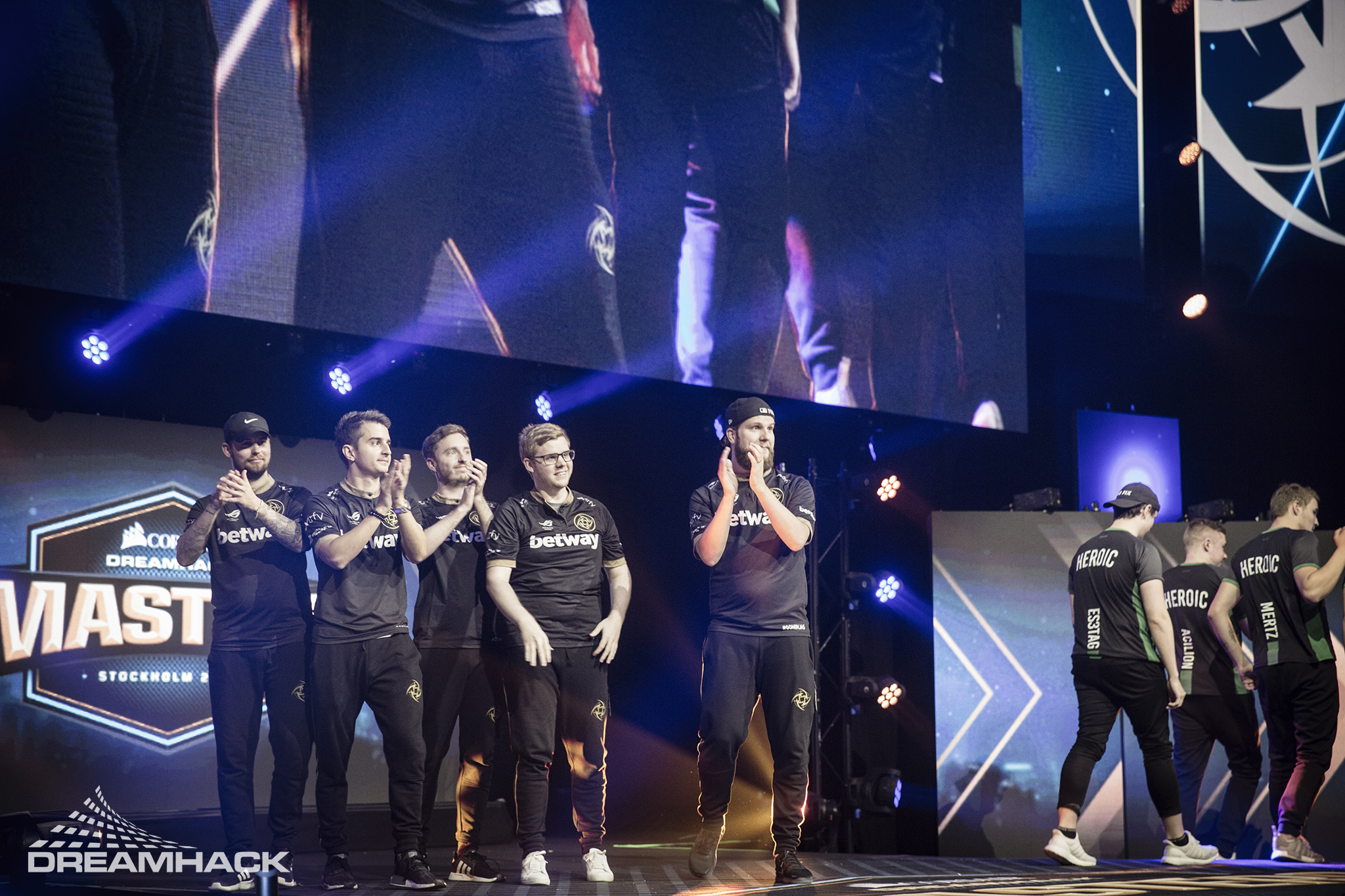 Ninjas in Pyjamas and Astralis are moving on to the semifinals at DreamHack Masters Stockholm.

NiP took down Heroic in the first game of the day, while Astralis defeated MIBR on Saturday. Both of today’s starting matches ended with 2-0 series scorelines, and now Astralis and NiP are set to face off in tomorrow’s first semifinal.

NiP began their game vs. Heroic with a one-sided stomp on Nuke, which ended 16-4 with Patrik “f0rest” Lindberg topping the scoreboard at 28 kills. Heroic eventually tried clawing their way back into the match on Overpass after going down 8-3 because of a one-vs-three clutch from f0rest. But once NiP reached their first buy round in the second half on their T side at 8-9, it was smooth sailing for them as they closed out the sweep with a victory on Overpass 16-11. Fredrik “REZ” Sterner was NiP’s top frag on map two with a 30 bomb vs. Adam Friberg and crew.

Astralis vs. MIBR had somewhat similar pacing due to their quick win on map one Overpass (16-6). MIBR put up a much better fight on their map pick, Train, where they initially traded strings of rounds with the best team in the world. Following a tight 8-7 half, Astralis took the second pistol and gained a 10-8 lead. MIBR answered with four successful defenses in a row, but they were later reset by the Danes, resulting in economic troubles toward the end of the game. Astralis closed out the series with a round 30 win on Train, with everyone contributing evenly to the kill column.

Astralis vs. NiP will take place tomorrow at 4am CT at the Ericsson Globe in Stockholm, Sweden.