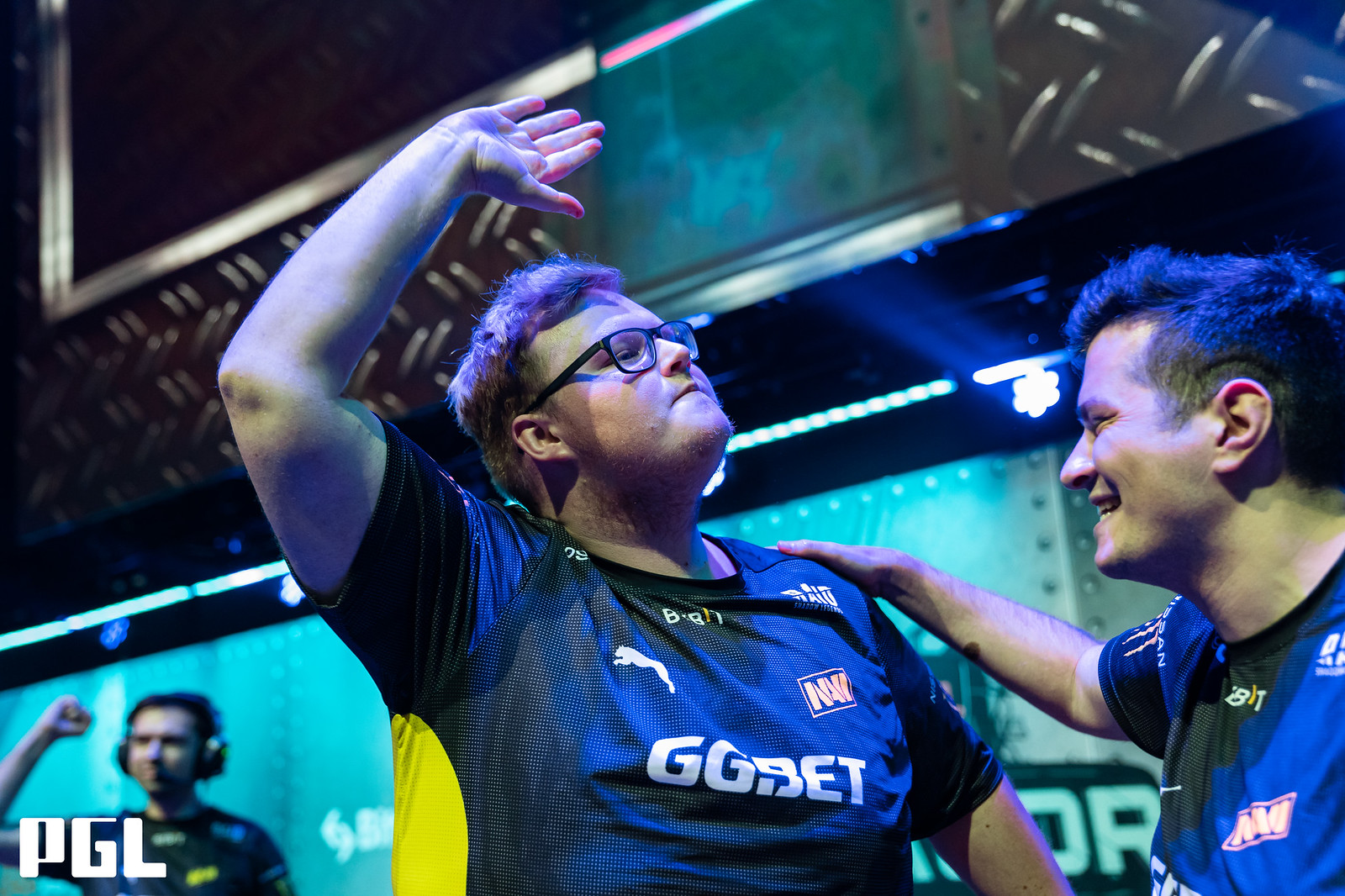 Natus Vincere took care of business in their opening playoff series against Team Vitality, defeating the reigning player of the year ZywOo and his French team packing in the quarterfinals of the PGL Stockholm Major.

The series started on Dust II, marking the iconic map’s first appearance in playoffs. Na’Vi began on the CT side, with s1mple’s presence in mid with the AWP setting the tone early. Na’Vi had trouble keeping Vitality off of sites, particularly on A, and Vitality took an 8-7 lead at the half after their T-side.

A Boombl4 clutch in the pistol round jumpstarted a Na’Vi run that saw them retake the lead and then some. They won their first eight T-side rounds, going from 7-8 to 15-8 on the shoulders of a stellar second half from Perfecto. On the brink of losing their map pick, Vitality finally won a CT round. They actually won a few in a row with their backs against the wall, but another clutch Perfecto triple-kill finally pushed Na’Vi over the finish line on Dust II, winning 16-11. Perfecto finished with a game-high 29 kills.

Next up was Nuke, a map in which Na’Vi had won 10 times in a row and 19 of their last 20. Vitality answered a quick 3-0 start from Na’Vi with seven straight of their own on their CT side. ZywOo had a tremendous CT side, securing 18 kills as Vitality led 9-6 at the half.

But s1mple shined in the second half, highlighting a stellar CT side from Na’Vi that showed why they’re so dangerous on Nuke. S1mple notched 14 kills and only two deaths in the second half, providing the boost needed to answer a 13-10 Vitality lead with six straight rounds to close out the map and the series.

With this victory, Na’Vi advance to the semifinals tomorrow against a familiar foe, CIS rival Gambit. The winner of that series will take on the winner of G2 vs. Heroic in the grand finals on Sunday.