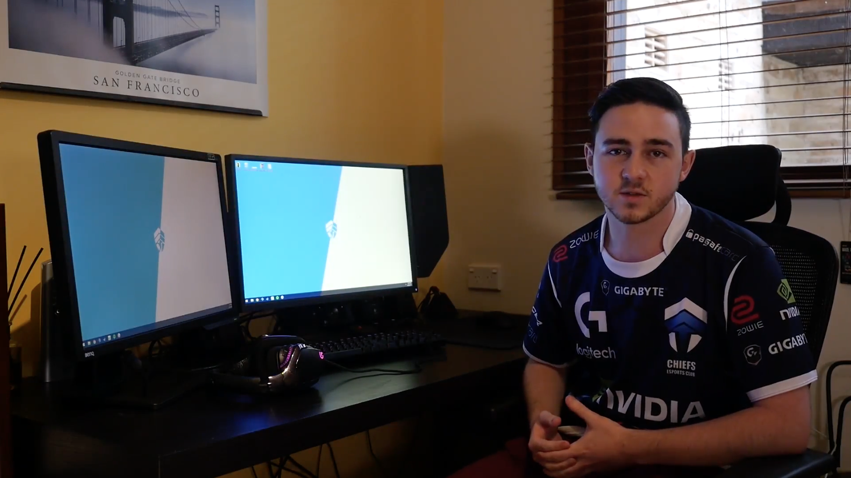 Screengrab via The Chiefs Esports Club

The Chiefs have been on a meteoric rise in their home country of Australia.

In fact, they’ve dominated domestically, boasting a flawless 24-0 ESEA Premier record, and a win at the CGPL Autumn LAN.

They were set to surprise at IEM Sydney, and surprise they did.

Beating both Renegades and North in best-of-ones on LAN, the Chiefs proved that not only could they potentially take the spot as the best team of Australians in the world, but that they could also go man-for-man with international sides.

These upsets saw them gain media attention from around the world and earn a new interest from Australian fans who tend not to look within their own countries talent pool.

Malta talked to Dot Esports about the problems facing Australian CS, where the Chiefs stand against the rest of the world, and more.

What was the boot camp like? When you consider how dominant Chiefs were playing domestically, what can you really get out of a two-week boot camp, especially when you know that Astralis is your first game?

Yeah, obviously when we qualified it was bittersweet, it was like “yes!” we are coming to the biggest event ever… but we are versing Astralis first. So with the bootcamp, the main thing was that we had already integrated [Peter “pecks” Nguyen] into the team with our bootcamp in Adelaide for CGP before. So from there, we didn’t really develop too many new strategies because we already play pretty basic CS, kinda like Astralis does. You have a few strategies, just to secure rounds if the defaults aren’t working, but apart from that we don’t need too much. It was just running through all those, doing lots and lots of dry runs, so just getting onto the server by ourselves, going through those strategies, going through our defaults, just playing rounds out against nobody.

What is the overall scrim environment like in Australia, especially as a top team? Do other teams recognize that you’re running new strategies and respect that? Or is more that they just want to beat you?

Yeah, that’s the issue with Australian CS. I think everyone plays to win the scrim, and because we’re the big dogs at the moment, it’s like, they’re trying to beat us to grow their confidence. I mean, I understand, it makes sense, especially with the Australian shuffle going on right now and a lot of new players coming in, they don’t really have a bank of tactics to run.

But it’s really annoying for us trying to practice certain things, like for example at the bootcamp, one of our main focuses was flashbangs. Because they’re such an important part of the game, we looked at the statistics and Astralis were, in a full 25 round game, throwing around 25 flashes each. Then, when we checked our stats, it was single-digit flashes. It’s like such a big part of the game and so we focussed on that a lot.

You mentioned the “Australian shuffle.” Over the next three months do you still see Chiefs remaining on top? Do any of these new sides scare you at all?

Honestly, could not be less worried about them (laughs)—and just like that, the interview goes straight to the top page of reddit! The problem with these teams is the experience. We have been playing together as a core of four, for about a year now and then Peter has come into the side in the last few months. And the thing about someone like Peter is that he’s slotted into the side really, really well.

Usually when a new player comes in you have to really learn their playstyle, learn how they play, learn how to use them, but with Pete it’s been so smooth, he’s come into the team, done his job, everything you ask him to do, he’ll swap it up, if you give him any criticism he’ll take it on straight away and apply it. It’s mainly him and how he’s been really good for us, and that’s not something that other teams are so lucky to have.

Obviously [the new teams] have quite a few good players in there, but I think that we just tactically and skillfully out-match them.

When you consider the upsets that we saw here, where do you see Chiefs in regards to the Renegades and other historical sides?

So we think we are probably, and, look it’s a bit arrogant to say, but we think we are the best team Australia has ever had. We do think that we have an incredible mix of skill. Obviously, we got players like Josh and Ali who are just-

Yeah, look mate, INS, INS just went off during the week didn’t he? It’s incredible to just play against Renegades and play against North and see how we match-up and see that we are better. Obviously, the North game is a bit of an isolated incident, but just going up against them in skill individually, we match-up. Like, we didn’t think we would, and we do and know we kind of have the dream of going international.

So does Frank Li, (the owner and founder of Chiefs) have any plans international travel?

We are in talks with him to try, but obviously that’s more of a dream at the moment, but maybe some bootcamps over there? See how we go, see how we compare.

Has a crossover with Asia ever crossed your mind? Is the Asian market ever one you consider bootcamping against if Europe is too expensive?

We aren’t able to scrim them online, because I think to scrim against them we’d probably be on a 100 ping each, so it’s not really worth it in that sense.

But in terms of bootcamping, I was honestly way more scared of Vici than Renegades this event, they’re just so damn sharp. Watching them, even if tactically they’re not as strong as us, individually, on any day, any of them could just show up and absolutely wreck you. I was very scared, I was actually happy we didn’t verse them.

I honestly feel like it’s the same for the Asian teams, I feel like for sides like Tyloo, Vici, they’re like us, they can probably move overseas to Europe, or even to America and they’d probably get a lot better.

Did you actually get a chance to feel out Optic at all outside of your games? Outside of Vici, and Renegades, they were definitely your closest competition

We didn’t think that they played that good CS, they do play a lot of the aim duel game. They’ll run at you with five and try to aim duel you.

Do you think that was largely a factor of hazed likely being the temporary IGL?

Yeah could be, could be, I mean I haven’t watched them in any online or comps with JasonR so that definitely could be a consideration. But I mean, it worked they were outskilling us, and SK do it as well, they just run at you because they can.

Was that a massive change for you dealing with teams that really can just man-for-man out skill you, given that domestically no other team has come close to being able to do that?

It’s difficult. When we play all those top teams, we make mistakes that we make in Australia, but we get away with them in Australia because we are just individually better than everyone we verse. So just like dry peaking stuff, not flashing it, not trading with your teammate, going in a bit too early.

The main thing that we took away, was that, all our mistakes were punished. We never got away with anything and that’s really good. When you’re watching it, you can identify the mistakes really easily.

What are your general thoughts on the event?

It’s incredible because all these team have come here, speaking to all the teams, they love Australia, they want to come back here, all the ESL employees had a great time, they’ve said it’s been really fun. The crowd, obviously, I’m not sure how many people have ended up here, but heaps, heaps. Bloody tons. It’s beautiful, people doing shoey’s, quite funny. It’s just a great crowd.