Can Liquid win three big tournaments in a row? 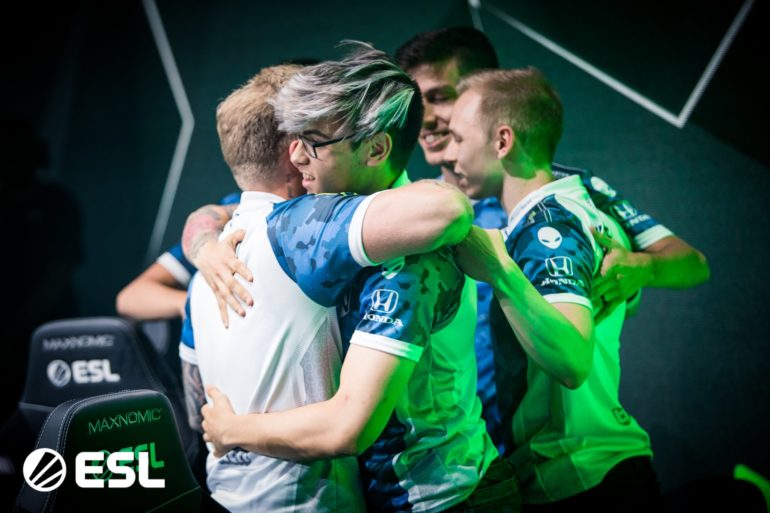 G2 sent NRG packing in the first semifinal, while Team Liquid convincingly defeated Mousesports today. G2 have a shot at redemption in front of the French crowd in their first deep run at a big event since EPICENTER in October 2017.

Liquid, on the other hand, have a chance to win their third major tournament in a row. This would definitely cement the North Americans as the best team in the world and they would be one step away from the Intel Grand Slam award.

Liquid chose Overpass for the first map against Mousesports. It may have looked like the wrong choice when Finn “karrigan” Andersen got a quad kill in the pistol round. But the North Americans took control of the half after the third round and claimed a partial 10-5 win on their T-side.

Mousesports won the second pistol and the following two rounds, but Liquid stole their momentum again, taking six rounds in a row to close out the game 16-8. Jonathan “EliGE” Jablonowski and Russel “Twistzz” Van Dulken combined for 44 kills.

The series moved to Nuke, mouz’s map pick. Liquid continued to dominate the series, building a strong defense on their CT-side to win nine straight rounds until Chris “chrisJ” de Jong pulled off a one-vs-four clutch.

Liquid absolutely dismantled them in the first half, 13-2. Mousesports recovered and played much better in the second half, unbelievably forcing overtime. Liquid certainly remembered ESL One New York in September 2018 when they lost the title to mousesports. But this time, the North Americans held their nerves to win in dramatic fashion, 19-17. Twistzz was the best player for Liquid, dropping 30 kills. But Özgur “woxic” Eker, the AWPer for mousesports, was the top fragger in the game with 41 eliminations.

In the other semifinal, the series kicked off on Dust II. G2 won seven rounds in a row during their T-side, but NRG recovered and went into the second half with an 8-7 deficit. NRG even turned the game with an initial hot streak, but G2 prevented the comeback thanks to Kenny “kennyS” Schrub getting multiple kills.

KennyS was the best player on the server. The AWPer finished Dust II with 28 kills and helped G2 secure the 16-12 win on their map pick.

NRG looked pumped up for Train after almost assuring the comeback on the previous map. The North Americans scored a great result on their T-side, setting up a 10-5 advantage for the second half.

G2, on the other hand, just didn’t have an answer for NRG’s aggressive plays. The French only gained two rounds in the second half and NRG got an easy 16-7 win. The North Americans had a good game overall, but Vincent “Brehze” Cayonte stood out with 23 kills and 113.1 average damage per round.

At the beginning of Overpass, the series decider, G2 looked like a totally different team than the one that played on Train. Richard “shox” Papillon and crew were unstoppable on their CT-side and François “AmaNEk” Delaunay was constantly pushing the Terrorists or fast flanking them.

G2 held a 12-3 advantage heading into the second half and all they had to do was close out the match. NRG won many rounds, but they were always surviving with only one or two players, which played a big role in their economy. When G2 gained their 15th point, the North Americans were broke and went to the last round with only pistols, making G2’s life easier. They won 16-10, led by AmaNEk, who finished the game with 30 kills.

NRG shouldn’t care too much about another loss in the semifinals, however. This was their last tournament with Damian “daps” Steele since he’ll be replaced by NRG’s new captain Peter “stanislaw” Jarguz, who will change most of the squad’s tactics. It was a good effort from them and daps will certainly receive offers since he’s played even better individually lately.

As for mousesports, their lineup that’s only completed 100 days together looks promising. If karrigan manages to consistently unlock woxic and Robin “ropz” Kool’s potential, they’ll be a serious contender in upcoming tournaments.

Liquid and G2 will play the best-of-five grand finals tomorrow at 9am CT. The champion will win $250,000 and score one point for the Intel Grand Slam. The first team to win four out of 10 ESL, DreamHack, or IEM tournaments in 2019 will earn $1 million.