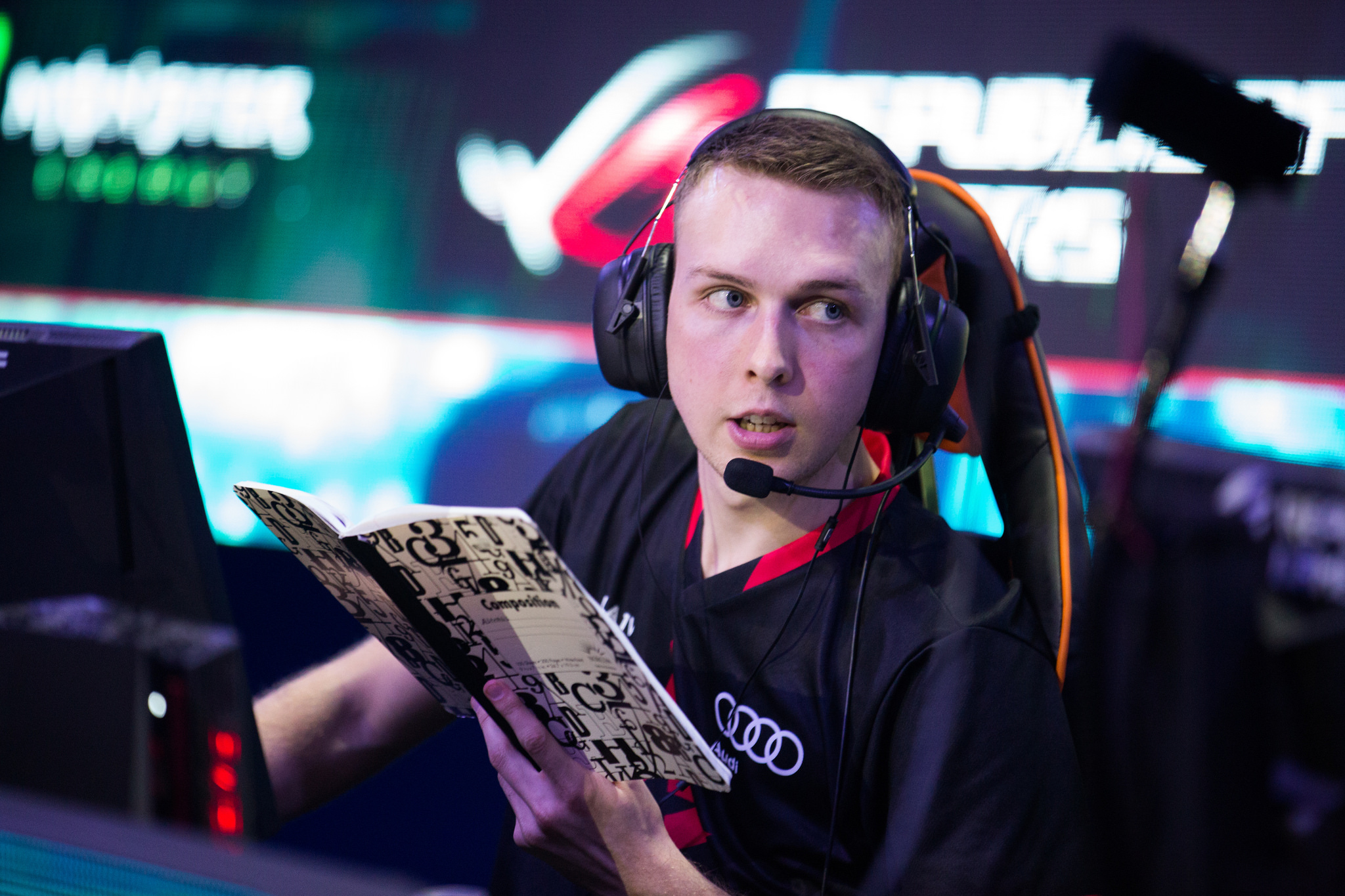 Astralis are on track to become one of the greatest CS:GO teams in history. And it’s not solely the carrying performances of Nicolai “dev1ce” Reedtz, Peter “dupreeh” Rothmann, Markus Kjærbye, or Andreas “Xyp9x” Højsleth driving the side either.

The biggest factor? The roster move that sent Finn “karrigan” Andersen to FaZe and brought in Lukas “gla1ve” Rossander.

Gla1ve brought a new style and system to a talented, but not fully unlocked set of stars, and it propelled the Danes into new and uncharted heights of play. The move not only elevated Astralis however. Simultaneously, karrigan brought an experienced leadership and system to the traditionally talented, but unstructured, FaZe Clan.

Indeed, considering the effects these two players have had, it’s fair to say that this is the most important roster move of the last two years.

It should be noted that the specific scope of ‘the last two years’ was chosen due to the messiness that can arise with adding pre-2015 French roster moves and the undeniable argument that Fnatic’s 2014 Freddy “KRiMZ” Johansson & Olof “olofmeister” Kajbjer Gustafsson addition creates when added into the mix.

To make the case, we first need to contrast the change against the other important moves of the last two years: namely, the 2015 French Shuffle, and Epitacio “TACO” Pessoa and Lincoln “fnx” Lau to Luminosity Gaming (now SK Gaming).

The 2015 French Shuffle saw Dan “apEX” Madesclaire and Kenny “KennyS” Schrub join EnVyUs and Richard “shox” Papillon and Edouard “Smitthzz” Dubourdeaux join Titan. And it could be pointed to as a more major turning point based on the performances of the two teams it created.

Whereas TSM tried to topple Fnatic with a balanced and rational system, EnVyUs’s style was based on a justified arrogance that man-for-man they could beat any team in the world. With this new style, which centred on Vincent “Happy” Cervoni’s loose calling and the form of his stars, EnVyUs would do what TSM couldn’t and in the short-term become the best team in the world, superseding the Swedish dynasty.

On top of this, the French Shuffle also saw the important additions of SmithZz and Shox to Titan, where they would, alongside Cédric “Rpk” Guipouy, form the G2 Esports core of 2016. With Adil “ScreaM” Benrlitom and then Alexandre “bodyy” Pianaro added, and shox taking over calling responsibilities, they also looked to potentially displace a dynasty.

With shox and ScreaM playing at insane levels of form and in a system that let them impose their will, they led G2 to redefine how we look at CS:GO in 2016. If it weren’t for G2 post-MLG Columbus, Luminosity/SK Gaming could’ve made a much more convincing case to call 2016 their year.

Time and time again, when Gabriel “FalleN” Toledo and company should’ve been racking up dominant first-place finishes, G2 were there either playing them close or actually beating the Brazilians in key series.

So the French Shuffle essentially played a role in transitioning to a new era, and then later redefining it. It’s a strong case, but not the strongest.

The other clear contender for most important roster move would be TACO and fnx to then Luminosity Gaming. This move would propel Luminosity, the perennial Major playoff team, into a group of world-beaters.

With the raw aim of TACO and Fernando “fer” Alvarenga, experience of fnx and star power of FalleN and Marcelo “Coldzera” David, the Brazilians went on to win back-to-back Major championships—the only two Major titles in 2016. Combined with their handful of top places and their consistency near the end of the year with constant top four or greater results, they could have defined 2016 as their era.

G2, Virtus Pro post-Cologne, and Astralis near the end of the year managed to find streaks where they could beat SK Gaming in close fashion. This makes trying to outline 2016 as SK’s year not as clear as their two Major titles might suggest.

Despite not being able to claim dominance over the entire year, and with factors like Olof “olofmeister” Kajbjer and Ladislav “GuardiaN“ Kovács injuries adding asterisks next to their victories, the Brazilians can still claim a greater overall impact than EnVyUs. They boasted a longer reign of dominance, a more clearly defined map pool, and gave credence to a new style of play at the elite level of competition.

The by-product of the Brazilian’s move, however, would not give the same amount of success as the French shuffle. Ricardo “boltz” Prass to Games Academy would lift the second best team in Brazil into the top 10, and they would see impressive results in NA. But this is hardly to the era-contesting level that G2 had at around the same time.

Even members of the Astralis organization couldn’t have predicted how drastic and meteoric their success would be with gla1ve’s addition. The individual parts of Astralis were in good form. dev1ce had superstar consistency and impossible-to-pin-down movement, and the fragging core around him could man-for-man beat any side in the world. It would be gla1ve’s clearly defined system however, that tied all the parts together and make the Danes the best team in the world.

Importantly, by becoming the best team in the world, they brought order back to the CS:GO hierarchy. For months after the post-ESL One Cologne player break, a great era of parity (or uncertainty) had taken over. A variety of contextual factors saw any number of teams able to win a big international tournament. Whether it was the addition of Nuke back into the map pool, the coaching rule, or a consolidation of talent key regions, before gla1ve’s Astralis, uncertainty guided elite level play.

The Astralis roster managed to take on a variety of blazingly hot, in-form contenders like Optic Gaming, Virtus Pro, and now FaZe, and maintain a very important level of consistency. Even in the current era, where talent is stacked and group stages are unpredictable, Astralis bring a certain safety in shaping up playoff matches and proving to be an important gatekeeper. While they might lose a key series from time-to-time, at least teams ranked from five to 10 are more or less kept in line.

Combined with their Major trophy, Astralis are looking at being right among the likes of 2016 SK Gaming and 2015 EnVyuS as one of the greatest teams of all-time. This alone however, has not been enough to make this move the most important of the last two years. FaZe’s second-place finish at IEM Katowice 2017 and their recent win at StarLadder StarSeries Season 3 has made their overall importance greater than that of G2 in 2016.

It’s unfair to compare their Major results though. With G2 placed in the grossly unfair “Group of Death” at ESL One Cologne 2016, FaZe’s greater consistency and competitiveness against Astralis takes them over the line. It should be noted however that much of FaZe’s recent success has come from Niko joining the side, which came after Karrigan’s move.

The superstar addition of Nikola “Niko” Kovac would almost always override a simple addition of an IGL—but for FaZe this is not the case. Karrigan essentially built a system from the ground-up, having to give structure to a team famous for its lack of it. It was within this system that Niko was truly activated and won his first big international tournament. This makes his consecutive addition vitally important, but only so within the scope of Karrigan’s system.

Astralis themselves have had a more impactful role in the CS:GO narrative than EnVyUs and the Brazilians, and the by-product FaZe likewise has seen more success than G2 and Immortals. With this in mind, it’s safe to say that Gla1ve to Astralis and Karrigan to FaZe is the most important roster move since 2015.