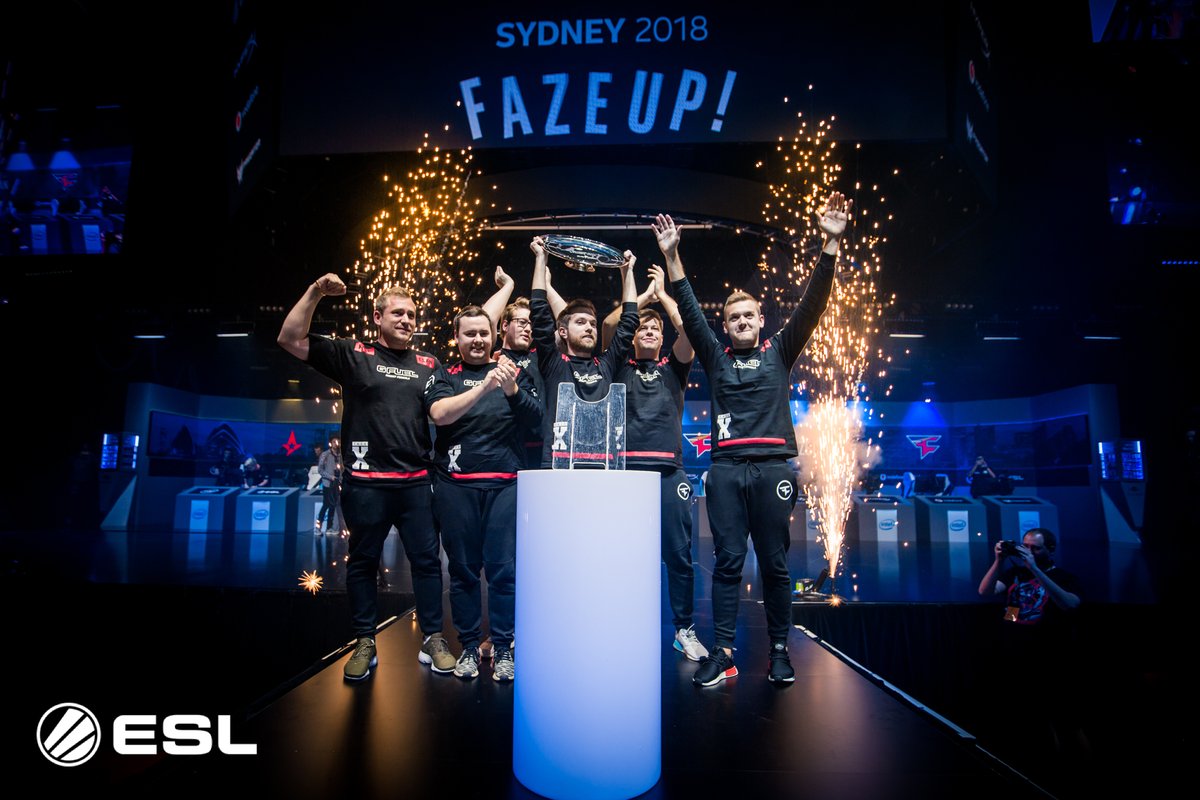 A new reigning champion was crowned this morning in Sydney, Australia—FaZe Clan.

FaZe won the IEM Sydney grand finals over Astralis in three maps, which is a challenging feat to pull off in a best-of-five series. FaZe picked Cache and Train, while Astralis chose Overpass and Inferno, with Dust II being the leftover decider map.

Map one Cache was an absolute tug-of-war between both sides, and Astralis and FaZe traded out 10-5 halves on their T sides. Just when Astralis seemed to have the map in their hands, FaZe forced overtime, which they later won 19-17 thanks to a one-vs-two clutch from Finn “karrigan” Andersen. His teammate, Ladislav “GuardiaN” Kovacs, also earned a flick-filled AWP clutch earlier in the game.

Overpass had a similar vibe to it, with the contenders trading strings of rounds with no predictable winner. FaZe came close to game point several times, but they gave up the lead to Astralis before going into overtime for the second map in a row.

Astralis showed resilience on Train with a 10-0 start led by gla1ve, but FaZe still found themselves back in the game just before and during their T side. Once Astralis took their turn on the T side, they struggled to gain the momentum that they previously had earlier in the map. Even the most clinical executes by Astralis were stopped by the well-fortified FaZe defense, which held the line until the comeback was complete at 16-14. NiKo and xizt also claimed a few multi-kills before ending the series 3-0.

FaZe prevented Astralis from earning their second consecutive championship win after the Danes’ dominant performance at DreamHack Masters Marseille in April. Although FaZe were considered the underdogs by the talent prior to this match, it didn’t stop them from running through Astralis in three maps.

Now it seems like FaZe are finally living up to their full potential by winning this $250,000 tournament—even though xizt is standing in for Olof “olofmeister” Kjajber.