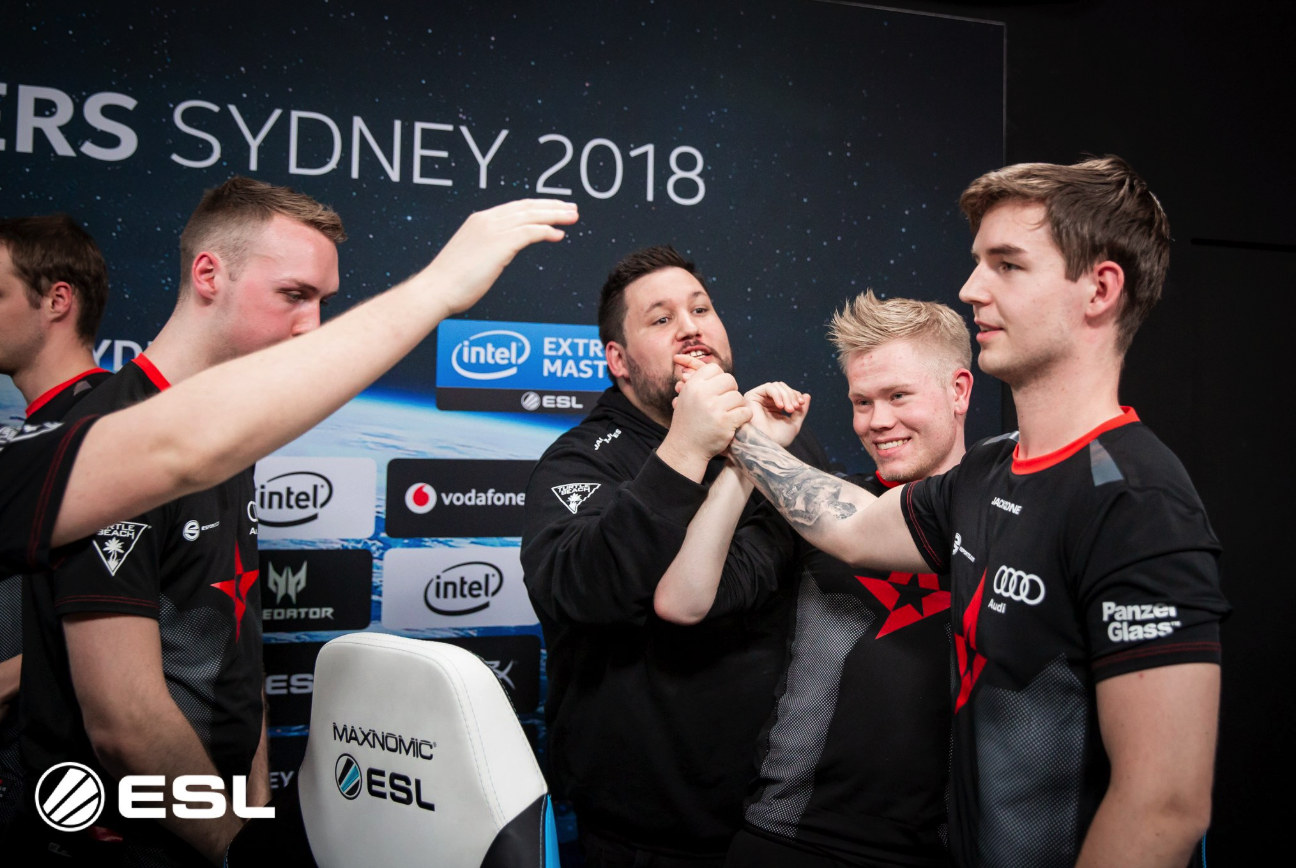 The group stage at IEM Sydney concluded earlier this morning and the playoffs of the Australian event begin tomorrow.

TyLoo and Astralis topped Group A and B, respectively, and they’re being placed into the semifinals immediately thanks to their 3-0 records, which were earned in the past couple days without dropping a single map. Renegades, FaZe Clan, Fnatic, and Mousesports will be meeting up in the quarterfinals to fight for the two remaining semifinals slots.

Day three in Sydney was filled with sweeps as Astralis and TyLoo dominated their way into the championship bracket. Both teams have shown exceptional performance in the last couple days, with TyLoo defeating SK Gaming, Cloud9, and Renegades and Astralis taking down BOOT-d[S], Mousesports, and Fnatic in seven maps each.

Additionally, there will be no North American teams competing in the Qudos Bank Arena. NRG Esports put up a solid three map fight against the Frenchmen of G2 Esports, but to no avail. They failed in their upset attempt with a butchered defuse from Tsevetelin “CeRq” Dimitrov on Overpass being a huge factor in their map three loss. Cloud9 also suffered the same fate at the hands of FaZe, since they were slaughtered in yet another matchup similar to the ELEAGUE Boston Major grand finals. Since the Major, FaZe leads C9 3-1 in rematches.

Tomorrow’s games will feature a best-of-three between Fnatic and FaZe, as well as another between Mouz and Renegades. TyLoo and Astralis are rewarded with a day off, however, as they await the semifinals on Saturday, May 5. Fnatic vs. FaZe will played at 12am CT tonight and Mouz vs. Renegades will follow at 4am CT.