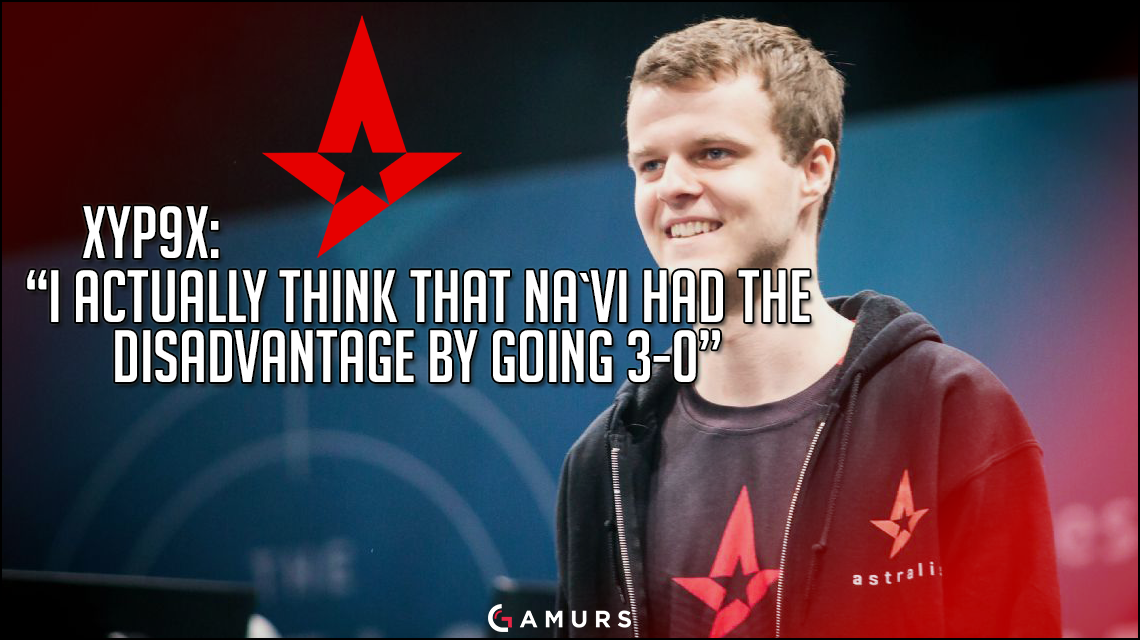 We talked to Andreas “Xyp9x” Højsleth after Astralis took down Na`Vi in a close three map series.

Obviously, Na`Vi versus Astralis could have been the final of the major, did you still feel confident going into the match given their great group stage?

Xyp9x: “We did, I actually think Na`Vi had the disadvantage by going 3-0. What you have to take into consideration is that they haven’t played for two days and we had a full five games. It helped us get comfortable on stage which is really important at a tournament this big, that you don’t feel uncomfortable. I think that by winning the first map, we tilted them and helped give us more confidence.”

Especially on Overpass, it seemed like dev1ce had a read on every spot GuardiaN was going to peek and won basically all of his opening duels A-long. How much preparation did you or dev1ce do to prepare for GuardiaN, or were these entry kills dev1ce’s own intuition?

Xyp9x: “Dev1ce does his own studying against AWPers for his own peeks, and sometimes it’s about his own intuition. He does look at demos of other AWPers to prepare though. Gla1ve and zonic will review demos to prepare for matches and will tell us what kinds of things to look for in game. I also watched Na`Vi’s demos as well, but we do it as an individual thing; if you want to watch a team to prepare you can do it on your own.”

How do you feel about facing a resurgent fnatic tomorrow?
Xyp9x: “I honestly didn’t have a preference between Gambit and fnatic, but I feel confident in how we’ll do.”

What did you think of the Na`Vi-Astralis series? Do the Danes have what it takes to win it all? Let us know your thoughts in the comments below or tweet us @GAMURScom.