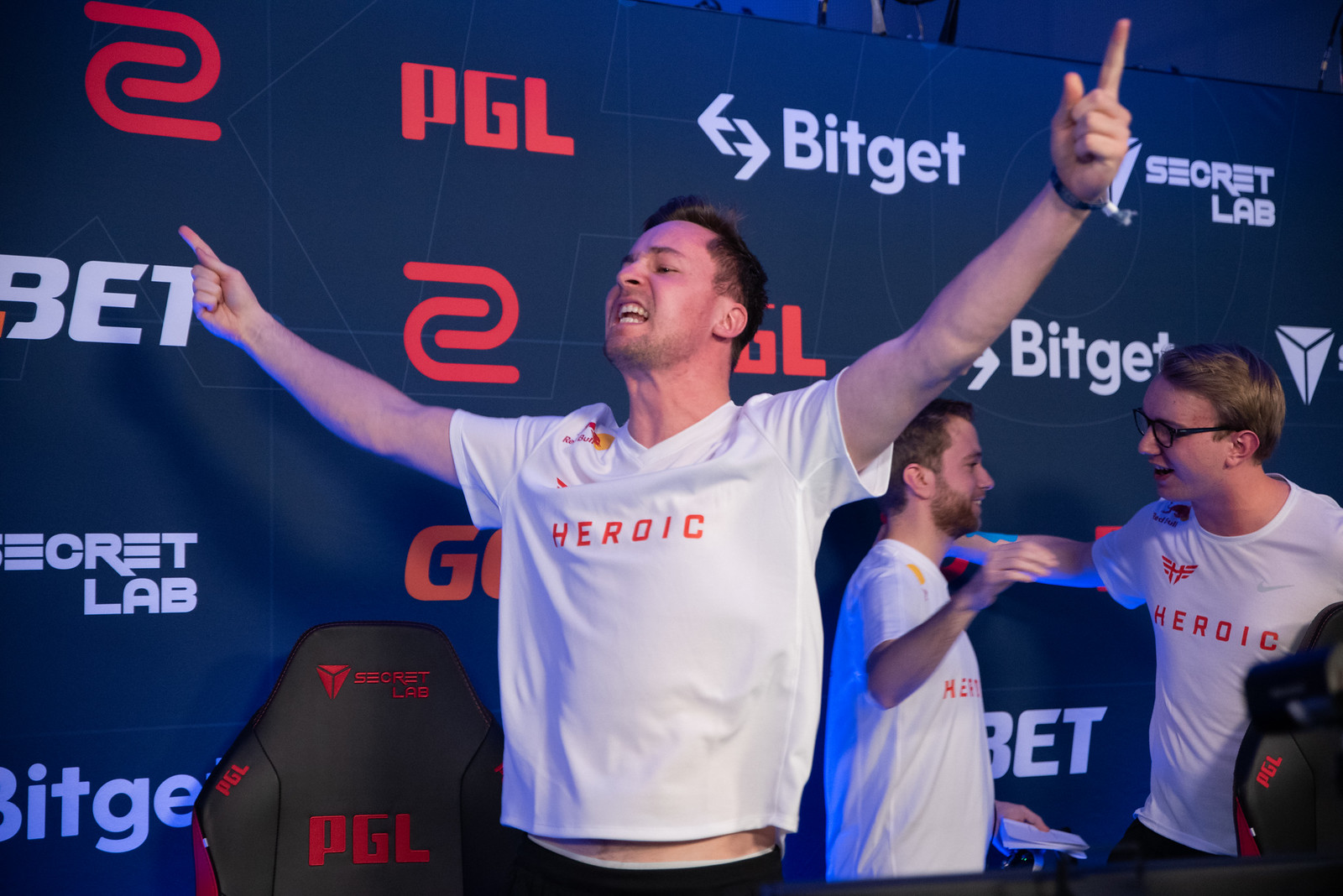 Heroic got their revenge against Copenhagen Flames after losing to them in the PGL Stockholm Major Challengers Stage. They beat Fredrik “roeJ” Jørgensen and crew 2-1 today in the Legends Stage’s 2-1 pool match, thus booking their spot in the CS:GO Major playoffs in the Avicii Arena.

This is Heroic’s third consecutive victory after losing to Natus Vincere in the opening round of the Legends Stage. After that, they defeated Vitality, another Danish rival in Astralis, and finally Copenhagen Flames. The fifth-best team in the world, according to HLTV’s rankings, now appear to be in form to fight for the Major title after almost being sent home during the Challengers Stage.

Heroic dominated Copenhagen Flames on Nuke (16-4), lost a tight game on Ancient (16-13), and won on one of their signature maps, Overpass (16-11), despite Nico “nicoodoz” Tamjidi’s best efforts to stop them. The Copenhagen Flames AWPer topped the series’ scoreboard, but all of his teammates finished with a negative K/D. Martin “stavn” Lund, Rasmus “sjuush” Beck, and Ismail “refrezh” Ali put up great numbers and combined for 174 frags for Heroic.

With this win over Copenhagen Flames, all of the Heroic players will participate in the playoffs of a CS:GO Major for the first time in their career. They’ve been one of the teams that celebrate their victories the most—and that wasn’t any different after today’s game.

The tournament isn’t over for Copenhagen Flames. They’ll return to the Legends Stage tomorrow to fight for one of the last spots in the playoffs. The Danes have been on a surprising run so far since most fans didn’t expect them to breeze past the Challengers Stage. But they’ll need their other star player, roeJ, to step up like he did in previous matches and help nicoodoz in the fragging department.

The remaining PGL Stockholm Legends Stage matches will be played tomorrow, starting at 5am CT. Only three out of the six teams will make it into the playoffs in the Avicii Arena.