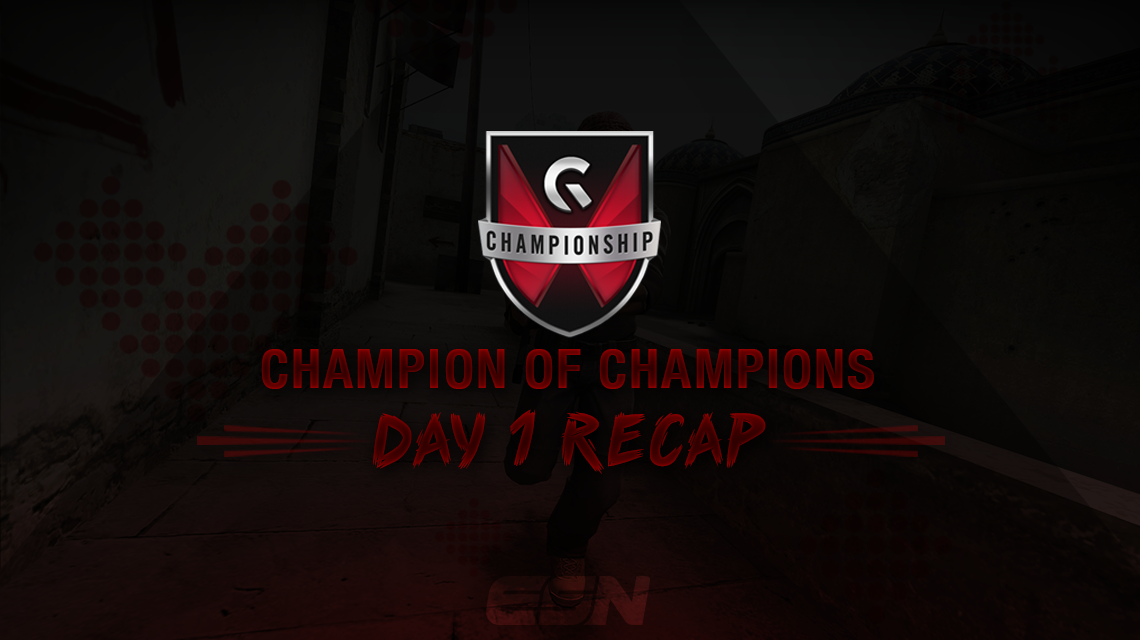 Day one has concluded at the Gfinity Champion of Champions , a $100,000 Counter-Strike: Global Offensive event. Two exciting matches transpired throughout the day, as the single-elimination Semi-final matches began.

The four competing teams were seeded 1 to 4 and were then assigned their opponent to fight for a spot in the final. The teams played their match in a best-of-five format. Semi-final 1

Fnatic advanced to the Grand final after a 3-2 series win over Ninjas in Pyjamas. Semi-final 2

Team EnVyUs advanced to the Grand final after a 3-2 series win over Virtus.pro.

The event is scheduled to start at 11:00am BST with the final match of the event, Fnatic vs. Ninjas in Pyjamas.

We have our Champion of Champions finalists! @FNATIC vs @TeamEnVyUs

We'll see you tomorrow for the Grand Final! pic.twitter.com/FI0Ovy630x