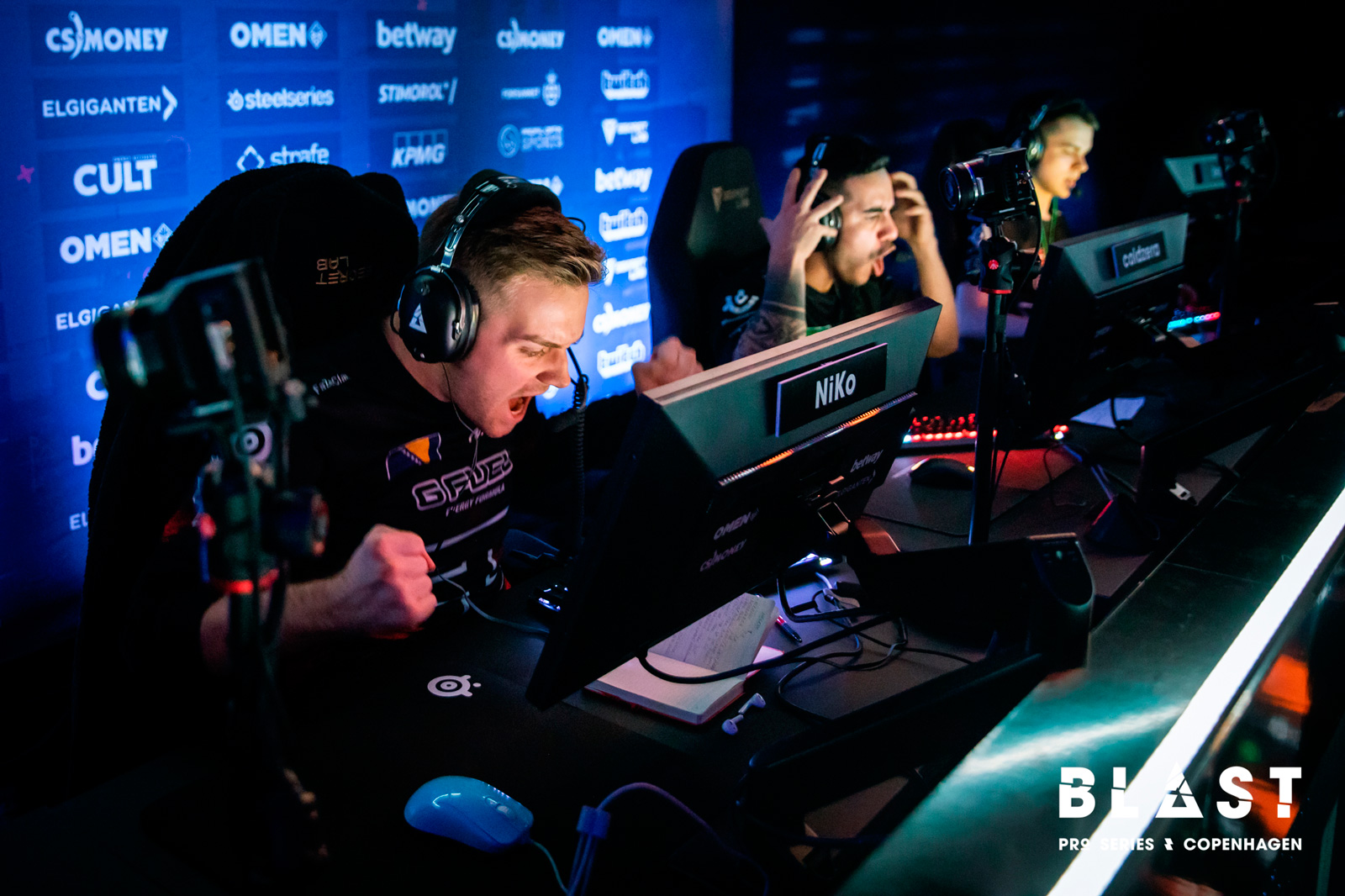 NiKo dominated his former side once again today when G2 Esports beat FaZe Clan in a three-map series in the lower bracket of the BLAST Premier Spring Final, sending FaZe home. The Bosnian superstar is now 5-0 against FaZe since leaving for G2.

FaZe looked to recreate their series opener from the day prior by picking Ancient, a map where they stunned Natus Vincere during their first time playing it in a pro match. And it wasn’t a bad call considering G2 were 0-2 on Ancient with losses to FunPlus Phoenix and Gambit. But G2 flipped the switch, jumping out to an 8-1 lead on their CT side and relying on an overall team effort on both sides of the map. All five G2 players finished with a positive K/D, while only broky and olofmeister did so for FaZe. G2 won Ancient 16-10.

The series went to Inferno, G2’s map pick. But FaZe got off to a hot start this time, leading 9-3 at one point in the first half despite losing the pistol. Broky, olof, and karrigan all played at an elite level. Despite a quiet showing in the first two maps, Twistzz got a crisp triple on the A bombsite to end the map 16-12 and even up the series.

G2 got off to a blistering start on Nuke, though. After the long technical pause at halftime, they built on their 10-5 lead by taking the pistol on the CT side, putting the pressure on FaZe. The G2 lead ballooned to 14-5 before FaZe finally took their first tactical timeout, but they couldn’t stop the momentum and G2 rolled them over 16-5. NiKo took a backseat on Nuke after putting up big numbers on Ancient and Inferno, with nexa leading the way at 23 kills. Twistzz had an uncharacteristically quiet series, ending up at the bottom of the scoreboard by the end of the three maps.

Despite the loss today, FaZe put up a good fight against both Na’Vi and G2 at BLAST, even beating Na’Vi in overall round differential and forcing s1mple’s squad to use all 30 rounds in both of their map wins. But their time in the BLAST Spring Finals has come to an end and they’ll look to work on new ideas with the returning olofmeister before their next event, IEM Cologne.

G2 move on in the lower bracket of the Spring Final, awaiting the loser of the Complexity vs. Gambit series.