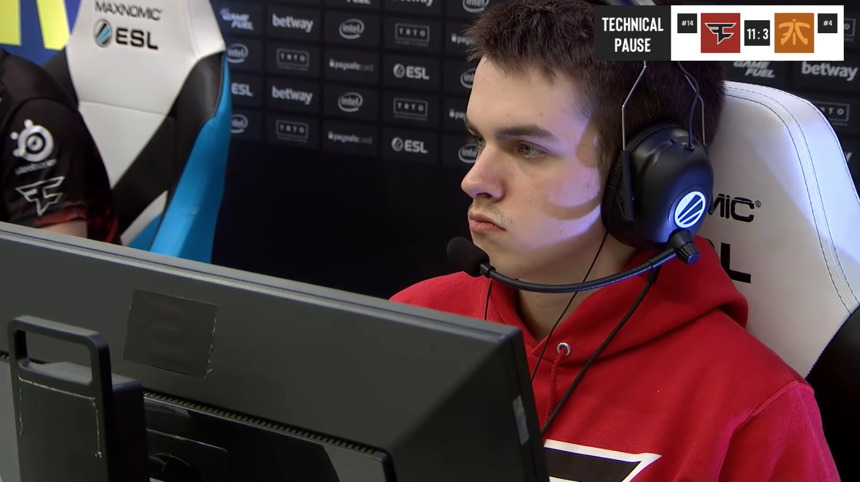 It’s almost been five months since Epsilon Esports came back to CS:GO following a management overhaul after former CEO Greg Champagne was replaced. But Champagne still has unpaid debts toward two players and one coach.

In October 2019, Champagne said he started the repayment process for all previous Epsilon players, according to an email obtained by Dot Esports. But 19-year-old FaZe Clan star Broky, Complexity coach keita, and Endpoint player robiin are still owed thousands each in payments.

Broky wasn’t paid during his five-month tenure with the organization. Almost a year after he left the organization, he’s still owed around $6,000 in salary payments for April, May, June, and July 2019. This was later confirmed by Broky through his talent agent at GLHF, Samy Bessi.

Endpoint player robiin is owed around $1,693.73, which was equal to one month’s salary at the time under Epsilon, he told Dot Esports. He said he hasn’t been contacted by Epsilon or Champagne since his departure on Sept. 11, 2018.

Late payments were common, according to robiin’s Endpoint teammate, Surreal, who said salaries were often delayed “two to four weeks” at a time. But Surreal said his salary has been paid in full.

“My experience playing for Epsilon probably wasn’t as bad as most people who were part of the org in different games,” he told Dot Esports. “My issues with him [Champagne] were that he was always extremely slow to reply regarding roster changes or payments which hurt our ability to get/keep players on the team which was demotivating for everyone until he finally called it quits and pretty much disappeared.”

Complexity coach keita also has unpaid salaries from Champagne. He told Dot Esports that his payments were often “delayed” or “not paid out” during his year-long tenure with Epsilon.

“Greg missed and delayed many of my payments and I’m still owed one to two month’s salary to this day,” he said.

Champagne often favored his “star” players over others and would treat them differently, according to a former Epsilon member speaking under the condition of anonymity. For example, several players considered the most integral to the team were regularly paid on time while others were left unpaid.

Because Champagne has been radio silent since the management shift in January, keita and robiin said neither of them expect to be paid.