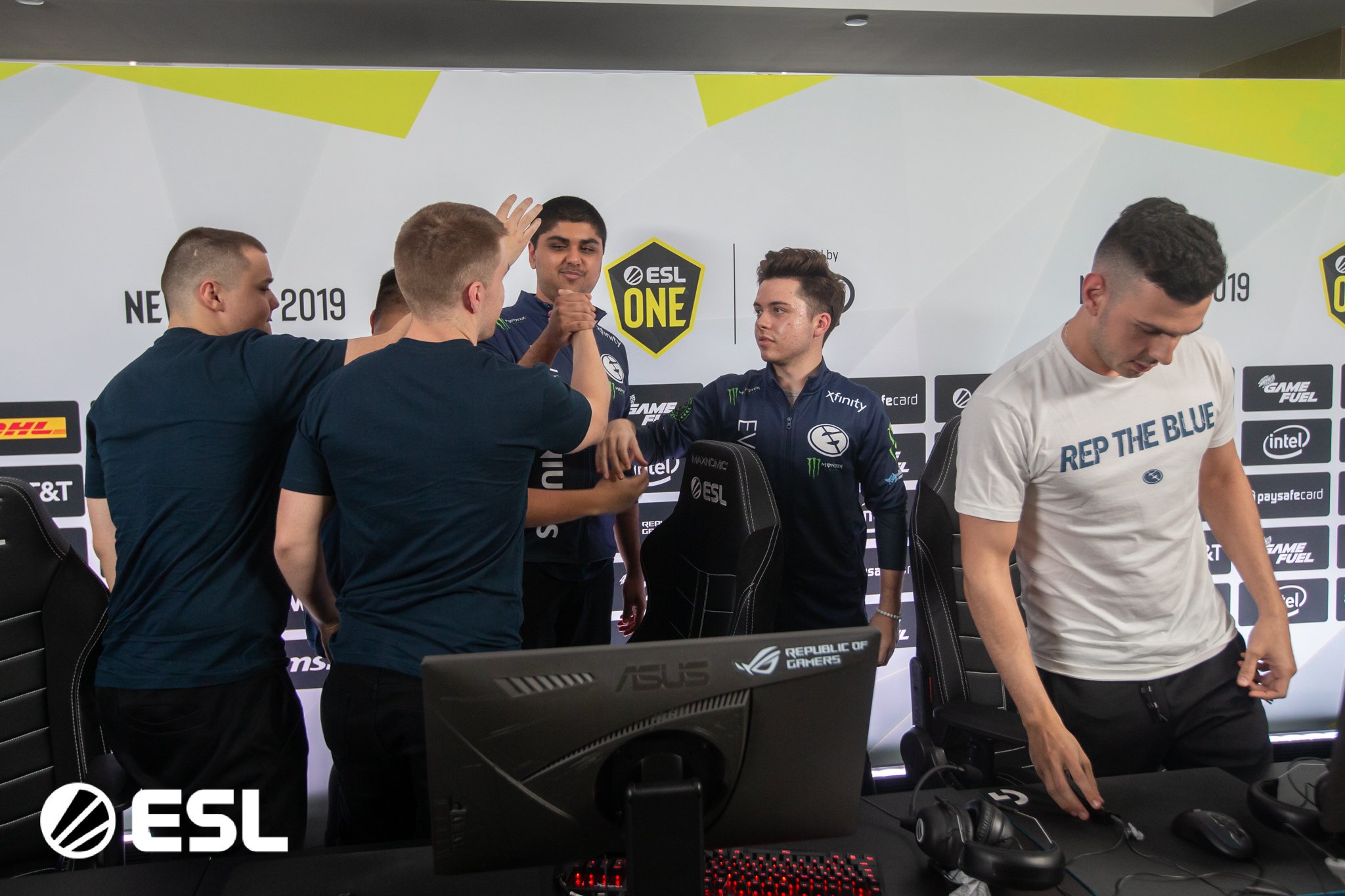 Evil Geniuses are having a great debut in Counter-Strike: Global Offensive so far.

The former NRG lineup beat Astralis 2-0 today and advanced to the ESL One New York playoffs alongside Team Liquid, who beat G2 yesterday.

Both maps went down to the wire, especially the first one, Dust II. EG had a 13-7 advantage on their map pick when Astralis started to threaten a comeback. The Danes won six rounds in a row, but EG closed it out in the end 16-14, preventing the game from going to overtime. Vincent “Brehze” Cayonte was the team’s heavy hitter, finishing with 28 kills.

The second map, Inferno, has been one of Astralis’ best maps for more than a year. But EG controlled the action for most of the game and once again built a 13-7 advantage. Astralis won five straight rounds but lost the last three when EG woke up to take the 16-12 win. Brehze was once again EG’s top fragger, this time with 23 kills.

This is EG’s biggest win so far since Peter “stanislaw” Jarguz and crew were transferred from NRG this week. The last time they had faced Astralis in a best-of-three was at the StarLadder Berlin Major semifinals in August and they lost to the Danish side that eventually won the tournament.

Astralis will have to face OpTic Gaming again to qualify for the playoffs. It shouldn’t be a hard task for the Danes, though, since they didn’t have trouble beating OpTic earlier in the tournament.

Astralis will play against OpTic today at 5:10pm CT, while EG get to rest for the semifinals tomorrow.