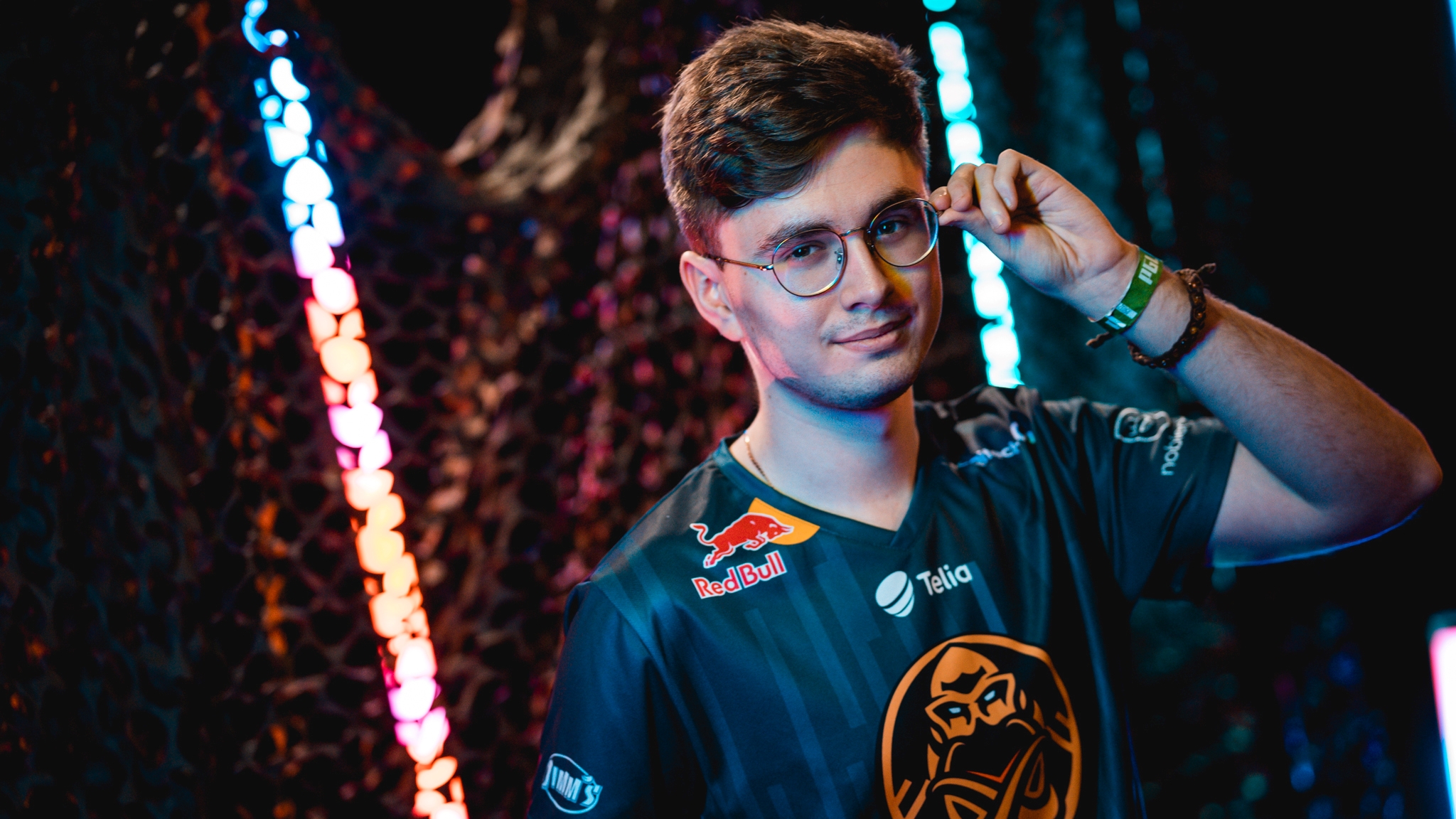 On April 23, Aleksander “hades” Miśkiewicz and ENCE stepped on stage against Anonymo Esports in Bucharest for a spot at the PGL Antwerp CS:GO Major. On Mirage, Anonymo’s map pick, the Polish team mounted an aggressive push on the A bombsite in round 11. They quickly eliminated Maden, one of ENCE’s two defenders of the site, and with the proper smoke setup, Anonymo were almost clear to secure a comfortable post-plant.

But there was one man left on the triple box: hades. The Polish sniper wielded his signature weapon, the AWP. He quickly eliminated two players advancing from the ramp. Then, after reassessing his chances amid molotovs and flashes flying over his head, hades rapidly shut down innocent closing in on him before extinguishing Anonymo’s offensive push by killing Vegi in the palace.

This clutch was just one of a few plays the 22-year-old pulled off during the series and tournament, but it perfectly exemplifies his playmaking potential, which has become a pivotal factor in ENCE’s recent successes. After winning the series against Anonymo, ENCE claimed a spot at the upcoming PGL Antwerp CS:GO Major. Two days later, the team locked in fifth place in HLTV’s world rankings, their highest standing after revamping the lineup at the beginning of 2021.

Since the RMR qualifier, the European team has been preparing for the Major in Belgium. In the meantime, they triumphed in the BLAST Premier Spring Showdown 2022, securing a spot at the Spring Finals, which also improved their position in HLTV’s rankings, where they’re currently fourth. Before the start of the Spring Showdown, hades told Dot Esports he views his team as one of the better CS:GO rosters in the world, though he’s “unsure if they’re at the level of the top five.” Still, he believes they “can rival the best teams in the world.”

The velocity of ENCE’s climb to the top is even more impressive when considering the squad signed Maden at the end of January. Since then, their growth has been more than rapid and exciting to observe. Their formula for success, though, is relatively simple: It’s making mistakes, analyzing them, and drawing conclusions after every match.

“We learn a lot with every official game played,” hades said. The Pole pointed to a game against Astralis on Ancient during IEM Katowice, where he acknowledged the team’s opponents were “admirably shutting them down on their T-side.” In that match, ENCE couldn’t gain proper map control and their side-takes often fell short due to poor setups.

ENCE focused for a few days on these aspects, with each player individually browsing through videos of it with their coach, allowing them to launch new protocols. Since that match, ENCE have won 10 games on Ancient out of 12, according to HLTV. What’s more, their last game on this map was against Astralis in the BLAST Spring Showdown and they took it home. This time, their rotations and site takes were considerably better.

Every squad has an Achilles’ heel, though. For ENCE, it’s gaining momentum early. “Sometimes we have a hard time starting the match properly,” hades said. “There are games where we load into the server, and we’re playing like 30 percent worse than usual; our aim and shooting is worse.”

When it comes to individual aim, however, hades is having a great first half of the year. He’s boasted a 1.12 rating over the last three months, according to HLTV, but he doesn’t feel like he’s reached his ceiling. Instead, he believes there’s still “a lot of space for growth and improvement.”

And there’s hardly better ground to test yourself and grow than at a Major. The biggest tournament in the CS:GO calendar is a dream come true for hades. For years, he fell short when he tried to qualify for the biggest tournaments in the world. He failed to get through the open qualifiers for all three Majors before the one in Stockholm.

Hades has always been a standout player on his team. He finished 2020 with a 1.13 rating and 1.15 impact, according to HLTV. For the most part that year, he represented Wisla Krakow, who competed in B and C-tier tournaments in Europe. Admirable showings granted him recognition, and last June, he was picked by ENCE. With them, he’s been playing in the top events in the scene, and he’s maintained his impressive stats against much more demanding competition.

Despite the Antwerp Major being the second in his career after last year’s PGL Stockholm Major, there’s much to learn for the young Pole. Naturally, though, with the team reaching more and more for the top spots across different events, their expectations are bigger this time.

“Reaching the Legends stage is our minimum goal, like last Major, but we’re aiming to get to the playoffs,” he said. “Last time we went 0-3 in the Legends, and this time we plan to advance to the knockout stage.”

With the team coming in second at ESL Pro League season 15, a win in the BLAST Spring Showdown, and a strong showing in the RMR, hades knows trophies are just a matter of time, especially if ENCE keep working as hard as they have been since the start of the year. He believes their potential is enormous, and they don’t put themselves under any limits, like gaining a specific HLTV ranking or going toe-to-toe with the world’s best. With enough training and patience, they themselves can take on that mantle.

Nevertheless, hades has personal goals that are more than natural for a young, rising star like the Pole.

“Winning an S-tier tournament comes to my mind as a first thing. Naturally, claiming a Major trophy would be superb as well, like for every other player. Individually, getting to HLTV’s top 20 is one of my goals,” hades said. “Still, I’d much rather achieve our team goals than the individual ones. Well, in the end, I want to constantly get better.”

And if hades’ words are to hold true, we should see an even better ENCE throughout the PGL Antwerp CS:GO Major, which kicks off on May 9. The European team’s first rivals in the Challengers Stage are going to be 9z, who are coming into the event with high hopes. It’s going to be the first Major that will have representatives from Argentina, Uruguay, and Chile, all of whom are playing under the banner of ENCE’s first rival.