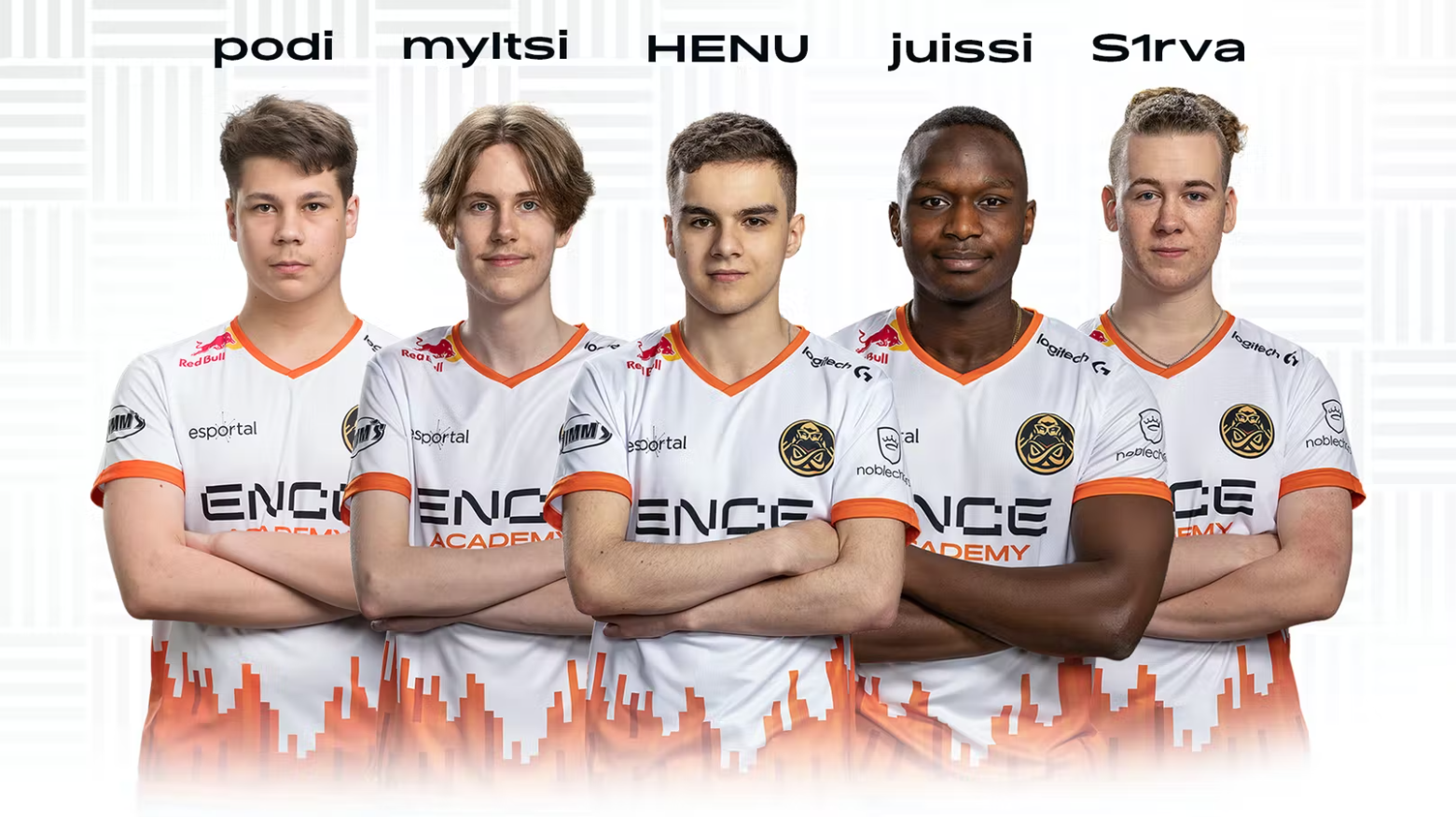 ENCE has signed five young players, a head coach, and a program lead to kick off its academy division in CS:GO esports.

ENCE created this academy roster after spending the past months analyzing multiple candidates from academy ladders and cups through a partnership with third-party matchmaking platform Esportal. “Our cooperation with Esportal has given us the opportunity to have a natural and effective way to scout potential talents,” Woomera said in an official statement.

“For several weeks we had the privilege to try out and interview some incredibly talented players. Throughout the tryouts, everyone displayed a great sense of team spirit,” Woomera explained. “We had the pleasure of witnessing fantastic individual performances, but most importantly, all players showed a desire to be a part of the first-ever ENCE Academy team. In addition to the Finnish players, we also saw a plethora of talented international players.”

ENCE picked this set of players because their styles, roles, and personalities meshed “really well,” according to coach Whitey. The main goal moving forward is to improve every player in and out of the server, even though results are important to the organization.

ENCE academy will have their LAN debut in August at Assembly Summer CS:GO Pro Tournament in Finland, which will feature the best domestic teams.