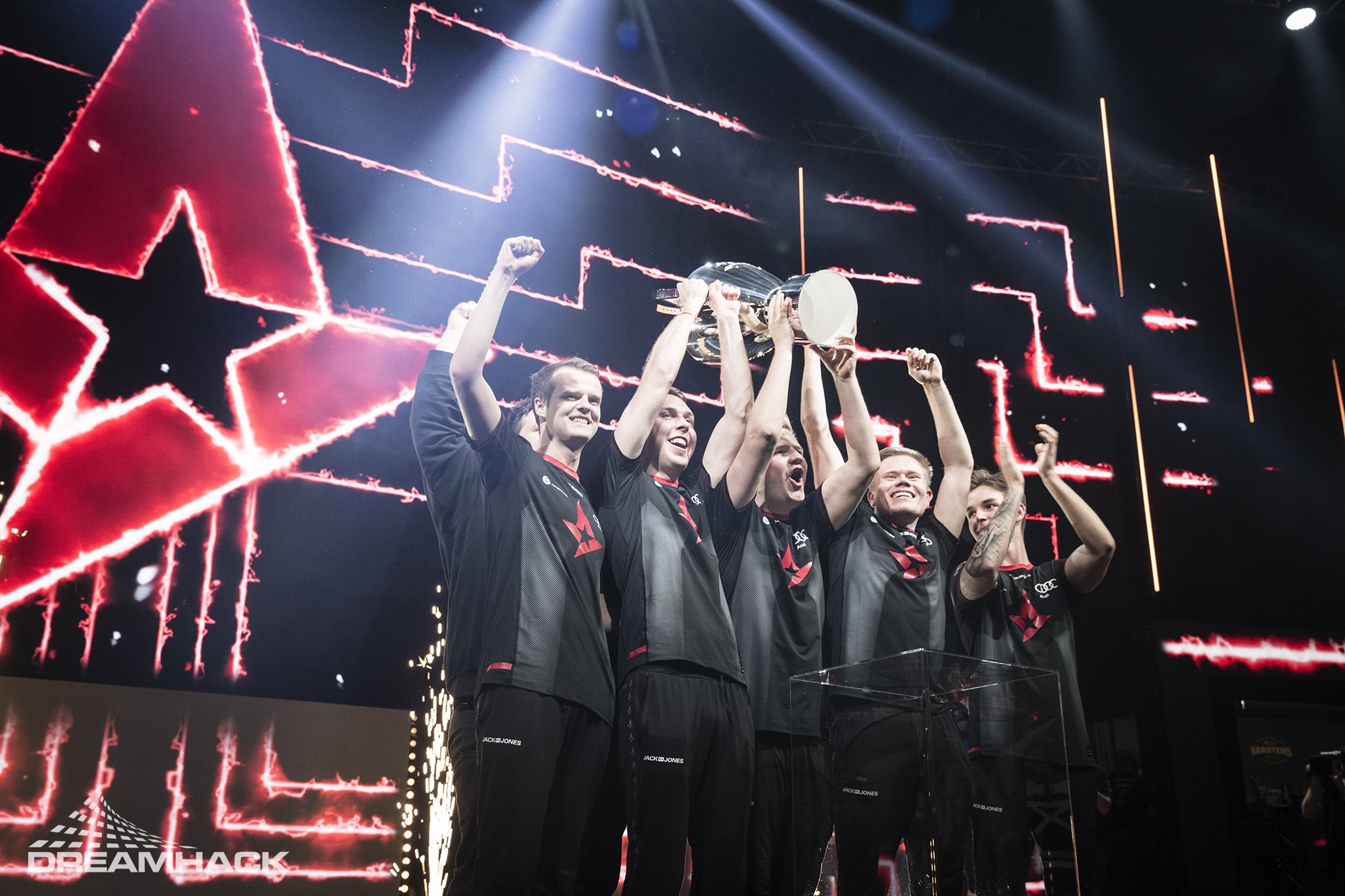 After a long week of tiresome CS:GO competition, Astralis have emerged as champions at DreamHack Masters Marseille.

Astralis proved that they’re the best team in the game at the moment, winning three playoff best-of-threes in dominant fashion over many of the world’s best—FaZe Clan, Fnatic, and Natus Vincere. They took down CIS juggernaut Na’Vi in the grand finals to close out the $250,000 event held in Marseille, France.

Related: Na’Vi, Gambit, Astralis, and Fnatic advance to the semifinals of DreamHack Marseille

All-star Oleksandr “s1mple” Kostyliev was essentially the biggest factor hindering Astralis from taking the title home to Denmark. Astralis won map one Nuke vs. Na’Vi very convincingly with a 16-4 scoreline, but s1mple still top-fragged in the server with 22 kills and a 1.48 HLTV rating. Clutch king Andreas “xyp9x” Hojsleth even earned a one-vs-three clutch to win Nuke.

Na’Vi finally turned up the heat against Astralis on Inferno, but the Danes’ tactical prowess was too much for them to handle. A number of crucial impact frags from Lukas “gla1ve” Rossander and Emil “Magisk” Reif hoisted Astralis closer and closer toward match point on the CT side, while Na’Vi struggled to find any momentum late in the game.

Astralis eventually ended the series with a 2-0 sweep of Na’Vi thanks to CT heroics from gla1ve on the B site. Gla1ve was also named the grand finals MVP, while s1mple was given the HLTV MVP award for his insane consistency throughout the event.

The Danish victory at DreamHack Masters Marseille is Astralis’ first championship win since IEM Katowice in February 2017. The team declined in performance in the latter half of 2017, but they’ve returned to the top of Counter-Strike with the help of Magisk, who came onto the team to replace Markus Kjaerbye.

Astralis are shaping up to be a force to be reckoned with in the upper echelons of CS:GO competition, and they’ll be the top dogs heading into the ESL Pro League Season Seven Finals, which will be held from May 14 to 20 in Dallas.