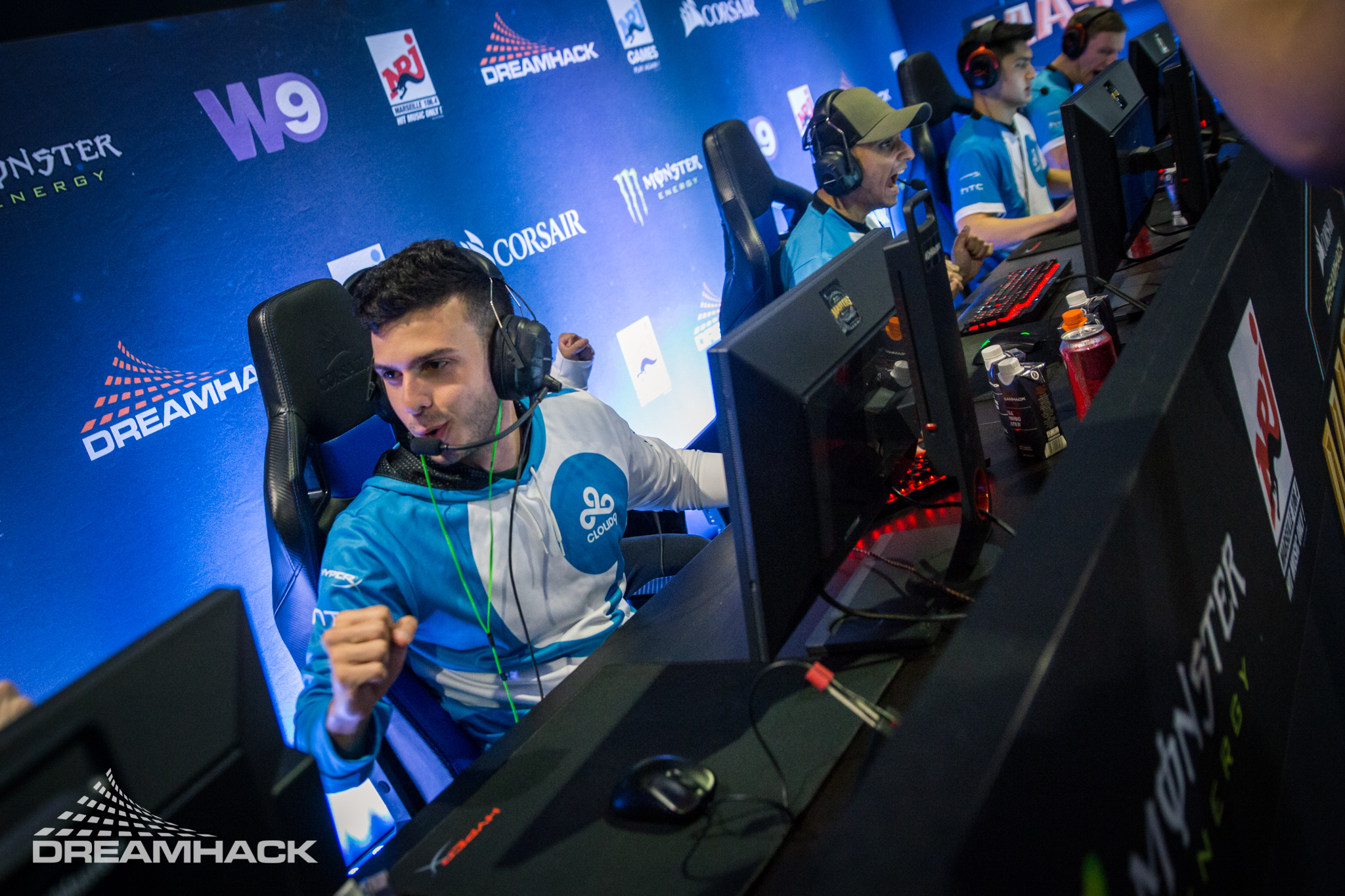 Another day of CS:GO competition at DreamHack Masters Marseille is done and dusted, and the first four playoff teams were decided from today’s winners’ matches.

Cloud9 and Ninjas in Pyjamas clinched the first two playoff berths, while Natus Vincere and Astralis earned themselves the latter two spots. They collectively sent FaZe Clan, Mousesports, Fnatic, and Team Liquid down to tomorrow’s decider matches, which will decide which four heavyweights continue in the tournament and which four will be going home.

The biggest highlight of today was a surprising sweep of FaZe by C9, whose firepower is starting to shine with the help of in-game leader Pujan “FNS” Mehta. Even though Nikola “NiKo” Kovac was playing out of his mind at 27 frags per map, their CT sides on both Overpass and Mirage are what ultimately gave them the win, especially on FaZe’s map pick (Mirage).

As for the other games, Mouz and NiP traded map picks and kept it close until NiP’s fortified defenses on Train led them to victory. This was especially evident with the help of Christopher “GeT_RiGhT” Alesund, who shut away Mouz with a 4K to end the match. Fnatic vs. Na’Vi had a similar pace to it, until Na’Vi’s Overpass really came to the spotlight. Unsurprisingly, Oleksandr “s1mple” Kostyliev topped the server in each of Na’Vi’s map wins, attaining 23 kills on Inferno and 32 kills on Overpass.

The final day of the DreamHack Marseille group stage will be hosted tomorrow, featuring four best-of-three decider matches: FaZe vs. Envy, Mouz vs. SK Gaming, Fnatic vs. Renegades, and Liquid vs. Gambit Esports. The action will begin at 4am ET, with FaZe and Envy kicking off the day.