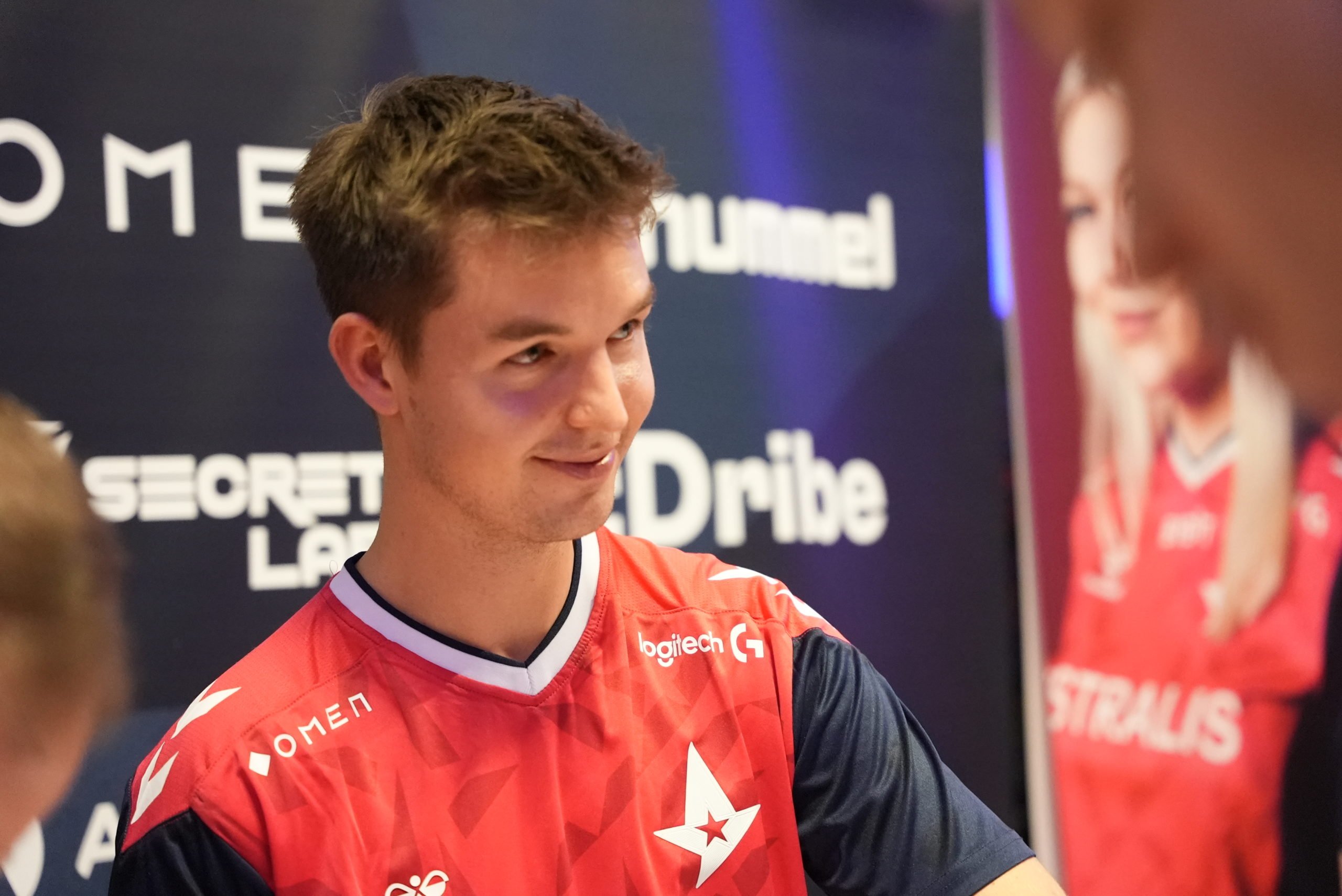 Dec. 5, 2021. This was the last time dev1ce, one of the greatest CS:GO players of all time, played an official game. His career was surrounded with uncertainty throughout 2022 since little was said about why he wasn’t playing for Ninjas in Pyjamas other than that he was taking care of his health.

After dev1ce rejoined Astralis, the organization he helped win four CS:GO Major titles, at the end of October 2022, fans were eager to see him play at the $200,000 LAN Elisa Masters Espoo in November. But the star was kept on the sidelines so he could show his best version of himself when the time is right, according to Astralis’ sports director Kasper Hvidt.

Related: ‘It requires some practice’: Dev1ce shares thoughts on updated AWP in CS:GO

Well, the wait is over and dev1ce could play exactly one year after he left professional Counter-Strike. Astralis were invited to play in the CCT North Europe Series two playoffs, which will kick off on Dec. 4. And to the surprise of many, dev1ce will be there with the squad handling the sniper rifler.

There are loads of questions ahead of dev1ce’s return, though. Fans don’t know exactly what to expect from him after all this time and there’s uncertainty regarding Astralis’ lineup for 2023 after the team didn’t qualify for IEM Rio, marking the first time the organization missed a CS:GO Major since its creation in January 2016. All these questions don’t seem to affect dev1ce, however, since he’s enthusiastic about returning to pro play and wearing the Astralis jersey.

“I feel really good [about coming back],” dev1ce told Dot Esports. “We just got back from a tour around the country, and it is surreal to feel the love from the thousands of Astralis fans we met. I knew I would feel at home here, but I must say that the welcome has been overwhelming and it’ll be really nice to be back on the server—and on the team.”

Dev1ce said he and Astralis agreed to take his return step by step when he signed because he still needs to take care of himself. Even though he admitted that he has a “lot of work to do,” practice has been going well and everyone is excited to have him back on the team.

The team changed a lot since his departure for NiP in April 2021. Astralis experimented playing with two other snipers, Lucky and Farlig, without having success. The organization also parted ways with the core of dupreeh, Magisk, and head coach zonic at the end of 2021.

This means that the only familiar faces dev1ce has found on the team are gla1ve and Xyp9x, players who also won four Major championships under Astralis. The Danish star has never played with blameF and Mikkel “MistR” Thomsen, the two other pieces of the lineup. Fans can expect dev1ce to come in to help improve Astralis, but not to steal the show and play for himself.

“I have no doubt, this group can make it far,” dev1ce said. “I am not the one setting the roster, but we have a lot of good and honest talks around the whole set-up on and around the team, and I have a feeling that 2023 will be a very good year for Astralis and the fans. For me, though, it will always be about the team and less about my own stats, and right now it’s about fine-tuning everything. I expect us all to make errors, but I also know it is a team of world-class players, and ultimately I expect us to be a title contender.”

CCT North Europe Series two seems like the perfect tournament for dev1ce’s return. Astralis are one of the teams joining for the playoffs alongside OG, GamerLegion, and HEET, which are all teams that haven’t won any tier-one tournaments ever. There should be less pressure on dev1ce’s shoulders to perform and Astralis could use this event to help determine if this is the lineup representing them in 2023.

Gla1ve and blameF most likely have their spots guaranteed. The former has guided Astralis to four Major titles and used dev1ce’s skills and game sense like no one else did. The latter, on the other hand, has been the best player on Astralis since 2021 and kind of deserves to play alongside a tier-one sniper like dev1ce.

Xyp9x and Mistr round out Astralis’ lineup for CCT North Europe Series two. Xyp9x is a legend of the game whose individual stats have declined a lot since the past year. The Clutch Minister averaged a 0.96 rating on LAN in 2022, according to HLTV, leaving doubts as to whether he’s capable of staying on the roster for much longer.

Mistr, on the other hand, is a stand-in from Astralis Talent, the organization’s academy project. CCT North Europe Series two will be just his fourth tournament with the first team and maybe his last opportunity to show his worth since he didn’t make it past the 1.0 rating barrier in the other three events, according to HLTV. Dev1ce reckons that CCT is all about the five players getting some “valuable” time together.

“We will be working to fine-tune the roles and the comms, and of course try to beat our opponents,” dev1ce said. “It’s an online tournament, so things can be a bit random, but we will be playing from the office and take the time to work on everything before and after the matches. My expectations would just be words, and words win nothing. Our aim for 2023, though, is to be back, where I feel an organization like Astralis belongs. Everybody working here, the fans, the partners, everybody deserves a winning Counter-Strike team, and our job as players is to fight for titles. All titles. I expect us to do just that.”

The CCT North Europe Series two playoffs will run from Dec. 4 to 7. It’s unclear when Astralis will play in their debut and who will be their adversary in the single-elimination bracket.