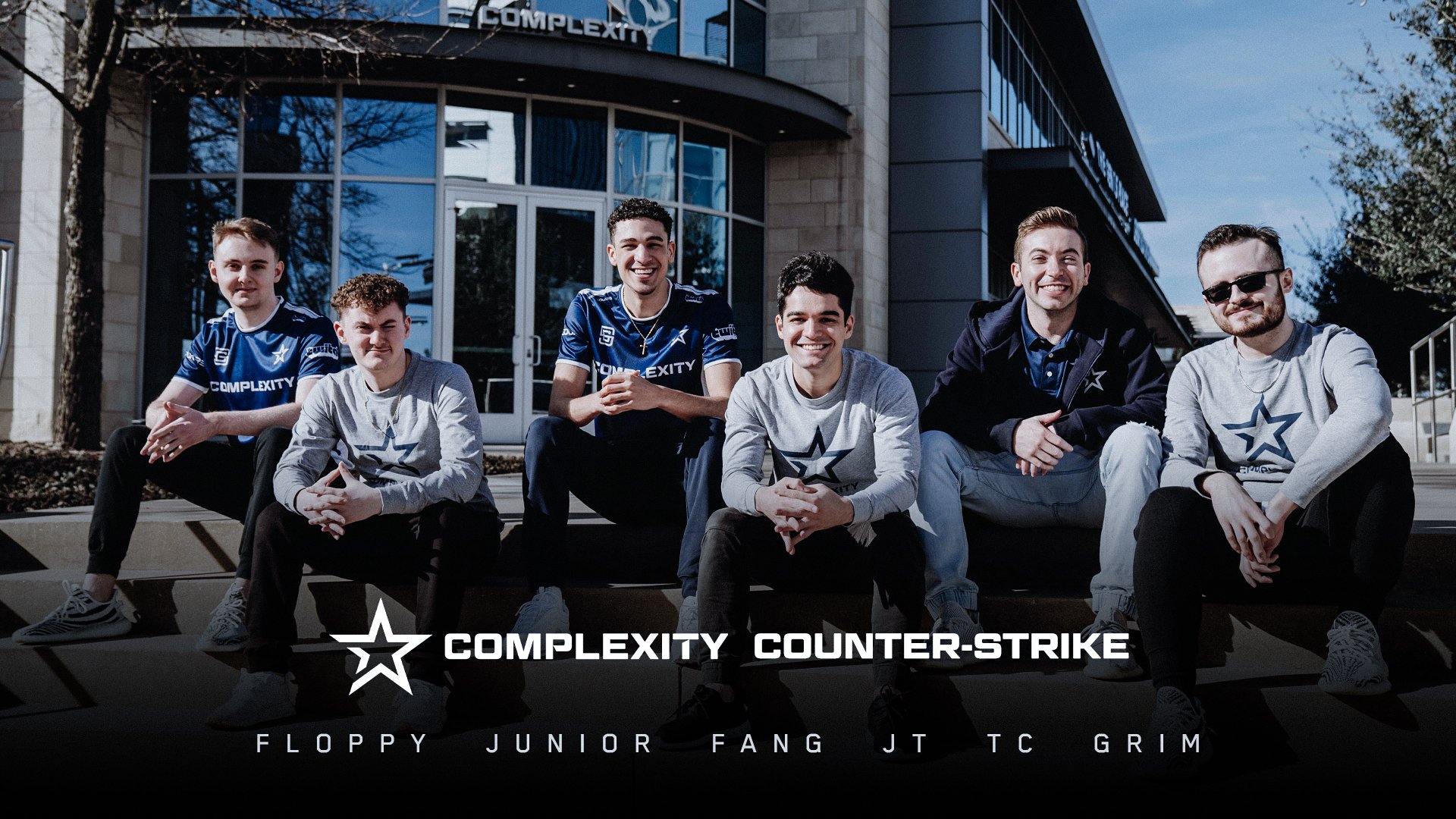 The North American organization was initially interested in acquiring the Copenhagen Flames’ roster, but the deal fell through at the end of 2021. Complexity has been without a CS:GO team since October 2021 after its old lineup didn’t make it into the PGL Stockholm Major. Stars Kristian “k0nfig” Wienecke and Benjamin “blameF” Bremer went on to join Astralis, Patrick “es3tag” Hansen joined Ninjas in Pyjamas, while Valentin “poizon” Vasilev and Marcelo “coldzera” David were released. Justin “jks” Savage is the only player from the old lineup that’s still under contract with Complexity.

By signing the Extra Salt core, Grim, and junior, Complexity is once again focused on the North American region after spending the last couple of years with European players on board. JT and T.c are South Africans, while the rest of the team are from North America. They’ll move to Frisco, Texas, and practice at Complexity’s headquarters, “taking advantage of the facility’s physical and mental health resources.”

“Complexity has been embedded in North American Counter-Strike since 2003,” Complexity’s CEO Jason Lake said in an official statement. “We’re taking the knowledge and experience that we’ve gained over the past 18 years to support the North American region. This group of young, determined players has an unrivaled competitive drive, and we’re proud to have them represent Complexity on the CS:GO circuit.”

JT, FaNg, floppy, Grim, and junior will make their debut under the Complexity banner tomorrow, Jan. 19 at 8am CT when they play Gambit in the Funspark ULTI Finals. The new squad will be competing in some of the world’s most prestigious CS:GO events, such as the ESL Pro League and the BLAST Premier circuit.