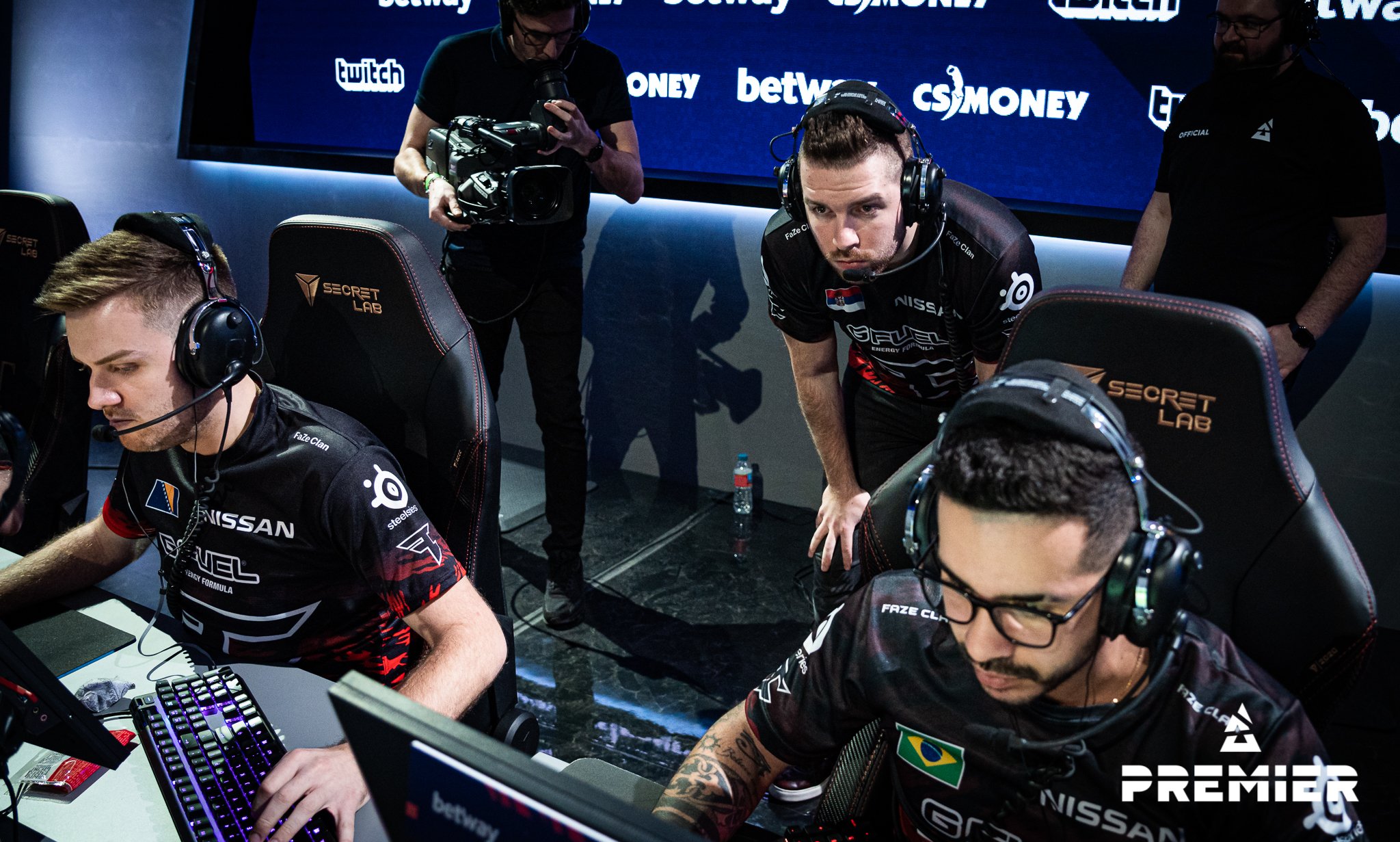 FaZe Clan, an international powerhouse in CS:GO, lost a core piece of its roster today. Bosnian superstar NiKo left the team after over three and a half years to join G2, a squad that has kennyS, one of the most dominant AWPers to ever touch the game, and a talented Balkan duo in nexa and huNter-, who’s also NiKo’s cousin.

Coldzera, one of FaZe’s remaining stars and NiKo’s longtime friend, hopes NiKo gives his best on G2 and that he finds happiness. “He made a professional decision and people have to respect it,” coldzera told Dot Esports.

The 25-year-old star recalls part of the Brazilian community called him “a traitor” for leaving MIBR to join FaZe in September 2019 to fulfill his dream of playing with NiKo. The two are among the top players in the world and coldzera was considered the best by HLTV in 2016 and 2017.

NiKo and G2 have reportedly been in talks since September, a period where FaZe were struggling after adding Kjaerbye to fill a role that he wasn’t experienced at. FaZe ended up winning a title earlier in October at IEM New York Europe, but apparently, that wasn’t enough to convince NiKo to stay. With NiKo on his way to G2, FaZe had to call on an old acquaintance, Swedish legend olofmeister, to complete its roster in time for BLAST Premier Fall Series.

Despite NiKo’s ability to hard carry in almost every match, the Bosnian ended up taking on the toughest duty in CS:GO: in-game leadership. This happened even before karrigan, an experienced and dedicated captain, left the team in late 2018.

“When I first joined the team, every player was playing for the team, but in the end, we were playing more for NiKo,” coldzera said. For the Brazilian star, NiKo was a good captain, but he didn’t know how to adapt to mid-round situations well.

“He gave his best, it was a positive experience overall, especially because we couldn’t sign an in-game leader and none of the other players wanted to take this responsibility,” coldzera said.

The Brazilian star acknowledged that the team broke in the middle of the season and said they can’t rush to find a permanent fifth player. Instead, FaZe will take the final months of the year to get everyone comfortable on the team and will go after a dedicated IGL to provide a much-needed structure to the lineup and ensure everyone is playing the best role possible, according to coldzera.

For the time being, coldzera will take over the in-game leadership on FaZe. “I feel that the players in our team don’t play their ideal roles and they can’t give everything when they’re comfortable,” coldzera said. He feels confident in speaking English and will make FaZe play a loose style since they only had three days of practice with olofmeister. “We know we have some great players and that we can catch others off-guard, but we know it’ll be hard, so let’s try to just have fun playing the games.”

It’s still unknown if olofmeister will remain on FaZe for the rest of the 2020 season since he arrived as a last-minute stand-in, according to coldzera. The Swede was a part of FaZe’s lineup until May when he decided to step away from pro play due to symptoms of fatigue and losing the motivation to play. But the instability of FaZe combined with all the competitions having to be played online as a result of the coronavirus pandemic took a toll on coldzera’s performance.

“I enjoy playing on LAN and it’s impossible to feel the same energy when you’re playing from home,” coldzera said.

It’s no coincidence that the Brazilian star is having his worst year in terms of numbers, according to HLTV’s statistics. “Even when I was the best player in the world, I played worse in online matches,” he said.

When the CS:GO calendar is almost finished, several teams take the opportunity to make a roster change and the shuffle season begins. Although coldzera himself acknowledges that he and the other players may receive offers from other teams as well, he wants to build a lineup that survives roster changes for an entire year and can lift trophies.

“Some people may prefer to leave to play in their native language, which isn’t my case,” coldzera said. The 25-year-old was very clear that he doesn’t plan to play for a Brazilian team in the near future, despite the wishes of some fans. When MIBR decided to bench fer and TACO in September, which led to FalleN benching himself, the Brazilian community instantly asked for a “Last Dance,” a reference to Netflix’s documentary series about Michael Jordan’s last year with the Chicago Bulls that was released this year.

“It’s a project that would bring a lot of media attention, but I still want to play CS:GO to win tournaments,” coldzera said. He, FalleN, TACO, fer, and Lincoln “fnx” Lau were the best team in the world in 2016 and won back-to-back CS:GO Majors. But for coldzera, the past remains in the past. “Some organizations grabbed the opportunity to create hype with the ‘Last Dance,’ but I think the players wouldn’t play to win matches, but to have fun instead.”