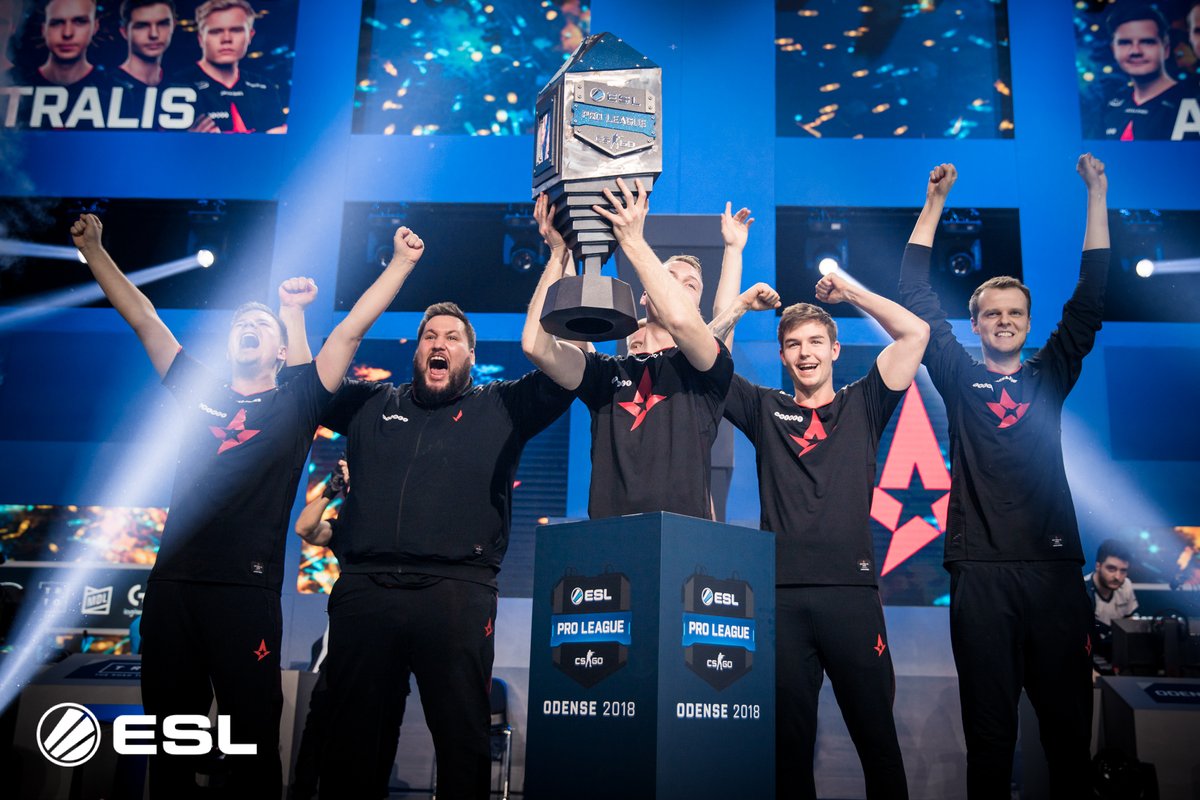 Danish juggernaut Astralis closed out their year as the winners of Season Eight of the ESL Pro League, further solidifying their status as the best CS:GO team in the world.

Astralis defeated Team Liquid in the best-of-five grand finale of the the EPL Finals, winning three out of four maps. With this being the sixth and final playoff matchup between the two powerhouses this year, Astralis were poised to take the title considering their long-lasting dominance at the top.

Along with their EPL title, the Danes are taking home $1 million for winning season one of the Intel Grand Slam, which is awarded to the first team to win four out of 10 events in a consecutive window. The only other team that came close to taking the Grand Slam from the Danes was FaZe Clan, who sat at two championships before Astralis reached four.

Related: Astralis and Team Liquid will face off for the sixth time this year in the EPL Season 8 finale

In the grand finals, Liquid only stole map one Train (16-8) from Astralis, thanks to a strong T side that put them ahead early on. The latter three maps of the series—Mirage (16-11), Inferno (16-11) and Dust II (16-10)—saw Liquid fight hard to fend off the Danish aggression on all fronts. But in the end, Astralis quelled their heroic efforts. Every single Dane popped off with clutches and multikills, and surprisingly, Nicolai "dev1ce" Reedtz had a relatively quiet series. In-game leader Lukas "gla1ve" Rossander also had a stand-out game on Mirage with 31 kills.

Despite taking another tough loss, Team Liquid's future looks bright. They're the only team to consistently battle against Astralis and put up a good fight in playoff games and best-of-five grand final matches. Going into 2019, the North Americans will likely work on perfecting their brand of Counter-Strike, much like the Danes.

Astralis' championship win at EPL Season Eight undoubtedly solidifies them as the best CS:GO team in the world in 2018. It was their ninth successful title run of the year, after they won DreamHack Masters Marseille, the EPL Season Seven Finals, the ECS Season Five Finals, the 2018 ELEAGUE CS:GO Premier, the FACEIT London Major, BLAST Pro Series Copenhagen, IEM Chicago, and recently, the ECS Season Six Finals.

All this talk about them being the best in the world and writing 2018 as "The Astralis Era" begs one question, though: Are they the greatest of all time? That conversation will be addressed next year, and especially at the upcoming IEM Katowice Major, where Astralis will be the defending Valve Major champions.