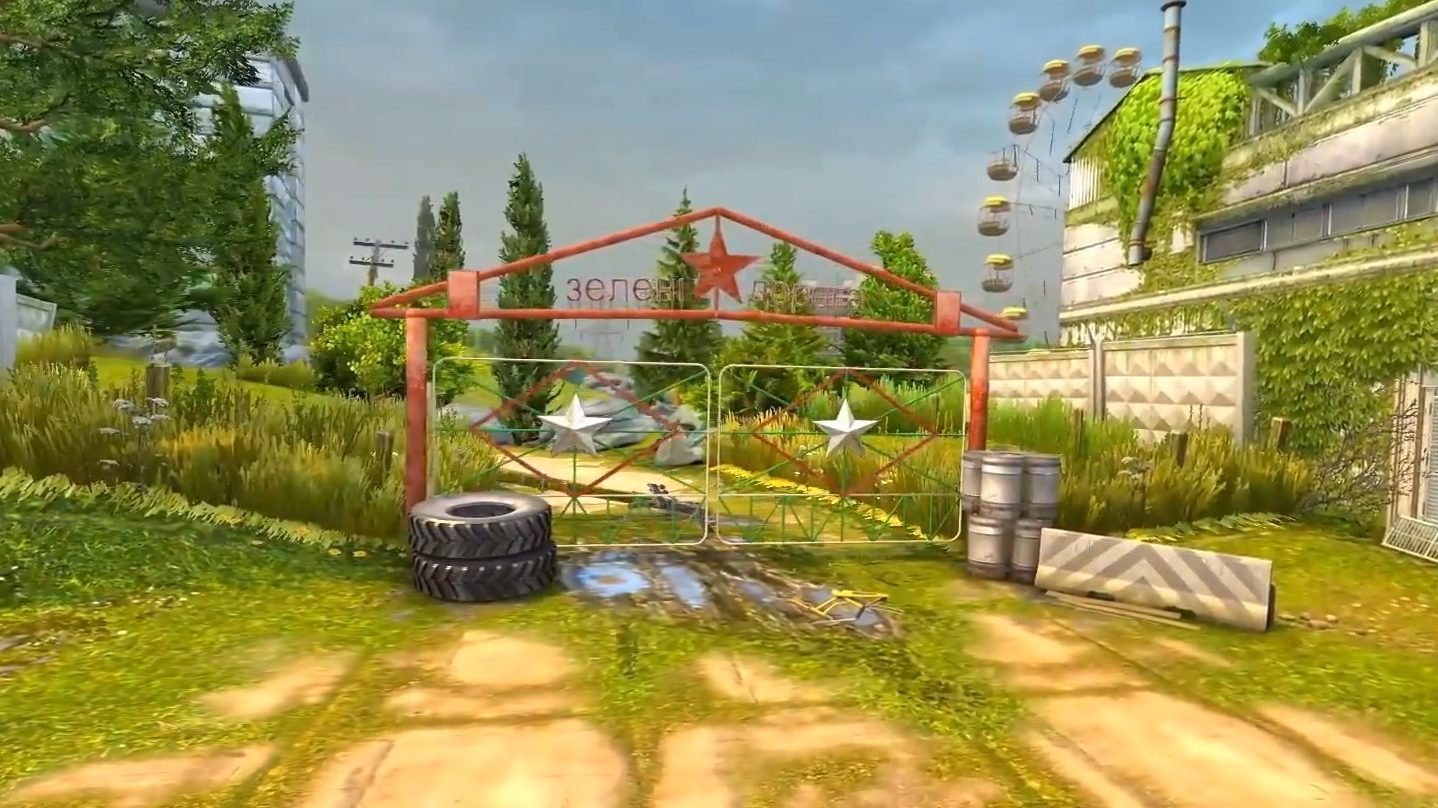 The newest adaptation of de_cache has been shown off today for the first time at ESL One New York. The map features a new design and multiple new positions, taking the map to a “whole new level,” as Sal “Volcano” Garozzo said.

The new cache has an overgrown and abandoned theme, with new colors and adjustments, making the map look incredibly realistic. The map takes place in Pripyat, Ukraine, near the Chernobyl Power Plant.

The second designer of the map, Shawn “FMPONE” Snelling, has said that the new Cache will be released in October.

The first major change that was showcased at ESL One New York was the introduction of a window at mid. Counter-Terrorists can now peer through a small window to see the Terrorists attacking middle map.

CTs can now jump on top of the truck near CT-spawn, allowing them to see into the A-bombsite. Moreover, there is now a small wall rather than a towering building so that CTs can throw utility toward the quad and default position to snuff out any Terrorists.

On the B-bombsite, players can jump onto a new railing, allowing CTs a new position to hold the aggression from the Terrorists or a new angle to hold the emerging CTs that are looking to retake the B-bombsite.

To get to this position, players need to jump on the default boxes and then jump onto the railings peering on the outside of the wall.

There is a new wall-bang lineup that was shown off. Terrorists can now shoot the CTs through the thin walls using an AWP if the CTs are holding the common angle near the checkers position.

There is now an open skybox in the checkers position. This means that players can throw grenades toward the mid-position without being blocked off by any ceiling, unlike the previous version of Cache.

Finally, the CTs can jump on a small lamp that is being hung on top of the checkers position. This grants players another off-angle to deal with Terrorists running into the B-bombsite.

This jump seems fairly easy to do. Players need to just run and jump onto the small lamp when exiting the heaven position from CT spawn.

Toward the A-Bombsite, CTs can still boost players into the famous Shroud position. But the pole has been removed. So players can now stay hidden in the position with Terrorists seeing the feet of the CTs.

In middle, CTs can still get on to the boost position by jumping on the small box. But there is a new platform, making the second jump easier.

All of the major changes to Cache look to be positive. The map is visually stunning, but it has to be played in a competitive environment for fans to fully grasp its intricacies.