No matter how fulfilling Call of Duty: Warzone was in terms of gameplay at launch, the game’s lack of options when it came to squad sizes left a lot to be desired.

Other popular battle royales like Fortnite and PUBG were released with multiple modes, like Solos, Duos, and Quads. Warzone, on the other hand, only had trios at release. Having the option to go into trios games as a duo or solo wasn’t enough since players would always be at a numerical disadvantage.

Shortly after Warzone’s release in March, Infinity Ward added a solo mode and a four-player squad mode to give more options to fans. These additions also gave players hope for a duos playlist that became available in the Plunder mode, where players battle it out to earn the most cash.

Though almost all modes require some level of communication and planning, skirmishes tend to get chaotic quickly in trios and quads. Duos is the perfect mode for anyone who wants to move as a unit without crowded fights.

When will duos be available in Warzone? 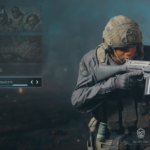 Infinity Ward has yet to announce an official date for duos’ arrival in Warzone. The devs confirmed earlier in May that duos were making their way into the game but there were bugs that needed to be worked on. The devs were also unsure about releasing more permanent game modes.

The addition of a new mode ultimately splits the player base of Warzone and may make lobbies harder to fill. The devs seem to be taking their time to consider how their player base would react to such an addition.

This article will be updated if a release date for duos is confirmed.