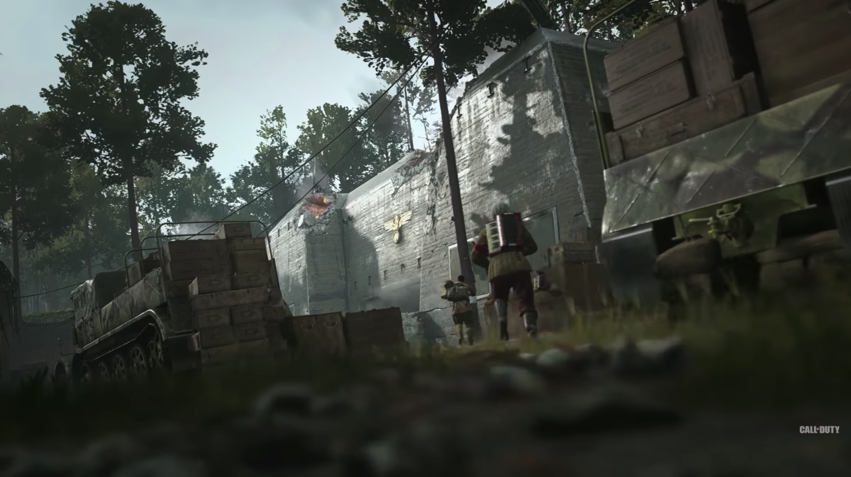 The first DLC map pack for Call of Duty: WWII is now live on PlayStation 4.

Three multiplayer maps—Occupation, Valkyrie, and Anthropoid—have been introduced as a part of this DLC pack. Occupation is a remastered version of Resistance from Call of Duty: Modern Warfare 3. Anthropoid is an urban map with a lot of height variation, while Valkyrie is set in Hitler’s Wolf Lair in Prussia. Some fans believe Valkyrie’s layout is similar to Detroit from Advanced Warfare, although this has yet to be confirmed by Sledgehammer.

The new War mode, Operation Intercept, follows the story of the French Forces of the Interior (FFI). Players will try to complete objectives, such as rescuing resistance fighters and capturing radio equipment, before leading a final attack.

The Darkest Shore is the final DLC map in this pack and the newest zombies experience for WWII fans. The foggy weather and creepy sound effects in the trailer really set the mood for this eerie map, which is set to feature a brand new type of zombie as well as a unique weapon called the Ripsaw.

PS4 players can now enjoy all five of the new maps from The Resistance DLC. Fans can either purchase The Resistance separately, or buy the WWII Season Pass to get every DLC map pack as soon as it’s released.