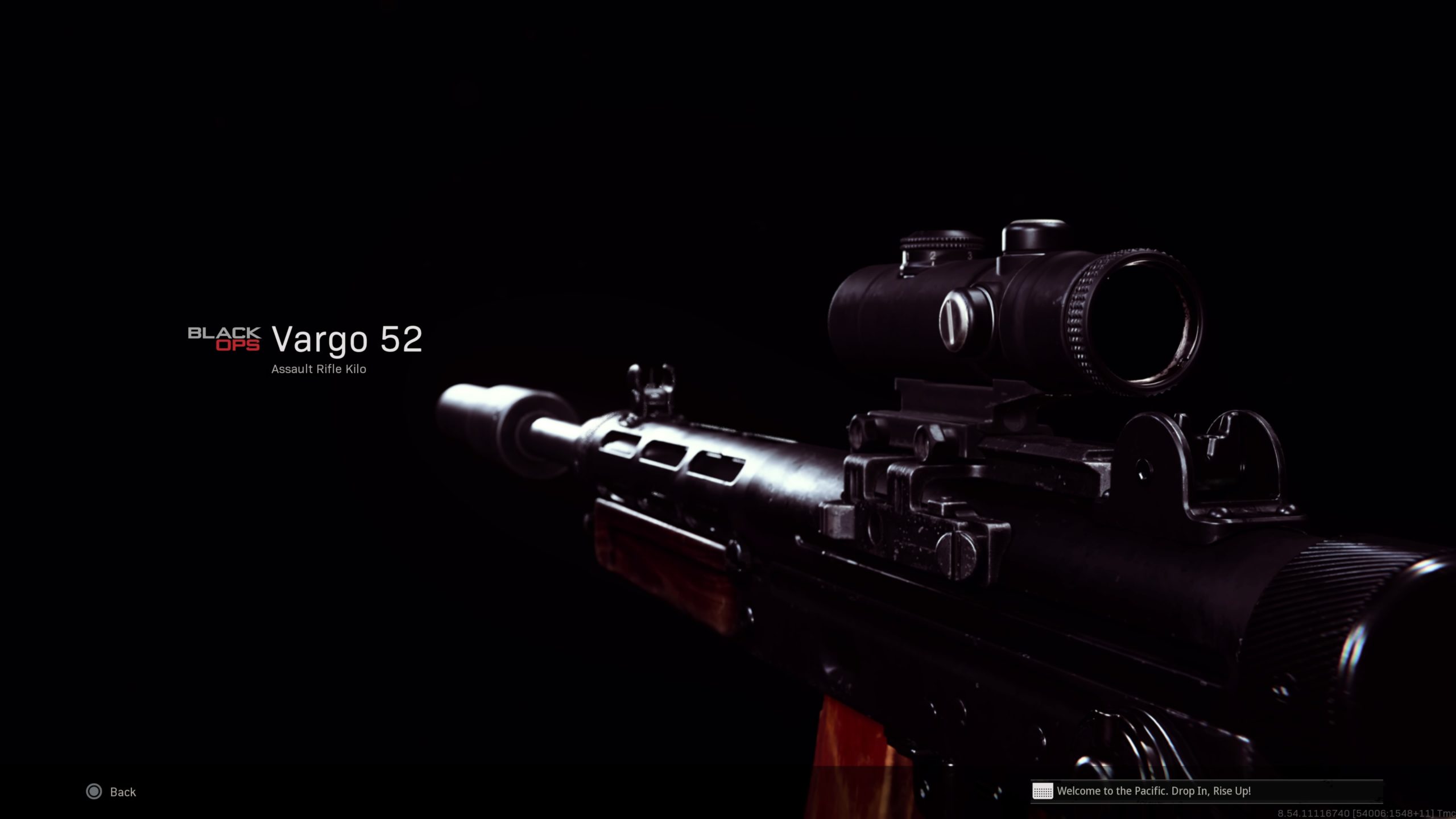 Treyarch surprised Call of Duty: Black Ops Cold War players everywhere with a new game update in March 2022, adding a new gun to the game in the Vargo 52. It was also added in Warzone, so Caldera and Rebirth Island players have a new toy to play with.

A new weapon to shake up the meta is always welcome in Warzone, even though its roster of weapons is now staggeringly high. Thankfully, the Vargo is a solid weapon, and it’s made even better with a specific set of attachments in the Gunsmith. A month after the update, many are still using the Vargo in Rebirth Resurgence thanks to its solid weapon stats.

Activision describes the Vargo 52 as a full-auto AR with “good damage at mid-range with a fast fire rate” and “improved muzzle velocity and reliable handling for steady firing control,” in Black Ops Cold War, so keep that in mind when building a Warzone loadout.

Here’s how to equip the Vargo 52 for success in Warzone.

The best Vargo 52 loadout in Warzone

The Vargo should be equipped with the standard suite of Black Ops Cold War assault rifle attachments. It’s a mid-range AR, so buffing its damage and range is a must—and that’s easily done with this set of attachments.

Once the weapon is unlocked via an in-game challenge or a store bundle, you can start leveling it up pretty easily in Black Ops Cold War multiplayer or Rebirth Island respawn modes in Warzone. Pair it up with an SMG like the Welgun or MP-40 for your best chance to see success in battle royale.

With three different Call of Duty titles offering their arsenals to Warzone, there’s a never-ending supply of variety in the meta if you choose to expand your horizons a bit. The Vargo 52 is a great gun for just that.