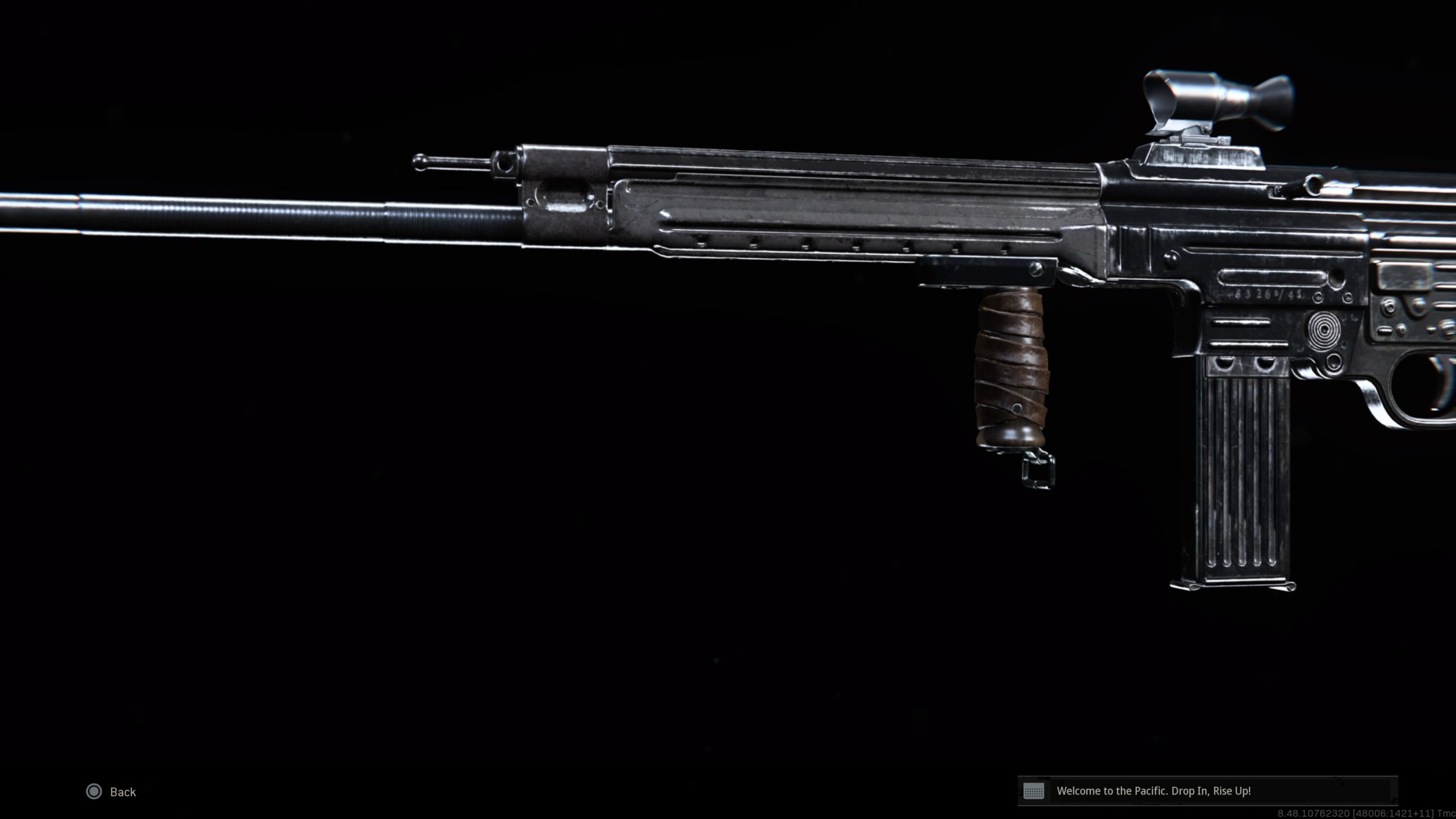 Call of Duty: Warzone’s Pacific update added dozens of new guns to the game from Vanguard—and the STG44 is one of its best.

The STG44 is far and away Vanguard’s best assault rifle. It’s also incredibly strong in Warzone, thankfully, so it should find its way into players’ loadouts before they ever drop into a game in Caldera. Seriously, make sure you level it up.

In the early stages of Caldera, long-range weapons are paramount. The wide-open map filled with mountains, hills, and fields is a stark difference from Verdansk’s close-quarters buildings and skyscrapers with cramped stairways. Make sure to keep ranged guns in mind when dropping into Caldera and think of using the STG44 in your loadouts.

Here’s the best set of attachments for the STG44 in Warzone Pacific.

The STG44 is easily one of the better Vanguard weapons available in the early days of Caldera in Warzone. You’ll want to set up at least one loadout class with a fully kitted STG44—and this loadout will serve you just fine in Caldera’s sprawling hills and fields.

With these 10 attachments, the STG44 becomes a long-range behemoth to take with you into the Pacific island’s long sightlines. The attachment set above will buff the AR’s accuracy, control, and range, meaning it will give you your best line of defense against enemies at a distance.

While strong, the STG44 doesn’t excel in close-range engagements. As is usually the rule, it’s best when paired up with an SMG like the MP-40 or PPSh-41 to quickly swap to when enemies push up close.