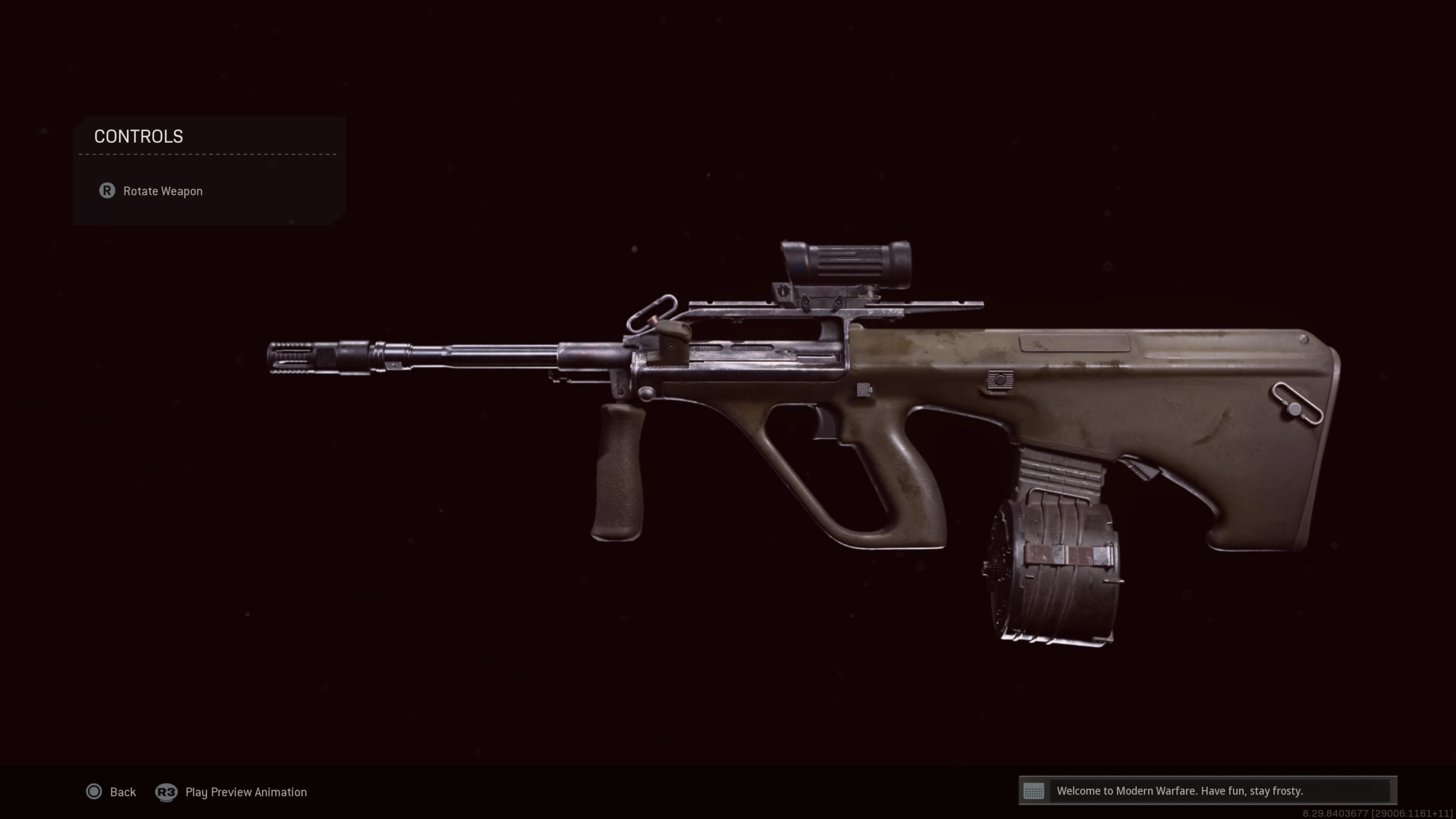 The addition of Call of Duty: Black Ops Cold War’s weapons into Warzone can be confusing at times considering there are some new guns that have the same exact name as old ones already in-game.

The injection of 30 new guns into Warzone’s meta has been a welcome change, offering players a ton of variety when it comes to loadouts in Verdansk. The AUG is definitely a weapon worth checking out, too.

Although the AUG has been both nerfed and buffed, it’s a solid option when it comes to tactical rifles in Warzone. It’s not the never-ending burst machine it once was, but it’s still strong.

Here’s the best way to equip the Cold War AUG in Warzone.

These attachments help maximize the AUG’s range and stability, turning it into a laser beam at mid-range and longer. It’s an excellent option for a primary weapon in the battle royale.

The optic can easily be swapped out for the Visiontech 2x, which offers a bit of a different perspective. Either way, you’ll want to use this gun at long distances in the hills of Verdansk.

Keep your distance with this AUG and switch to a close-range weapon like an SMG or shotgun when pushing buildings or other close-quarters engagements in Warzone. It’s definitely not meant for CQC fights, so be sure to have a secondary option in your loadout.