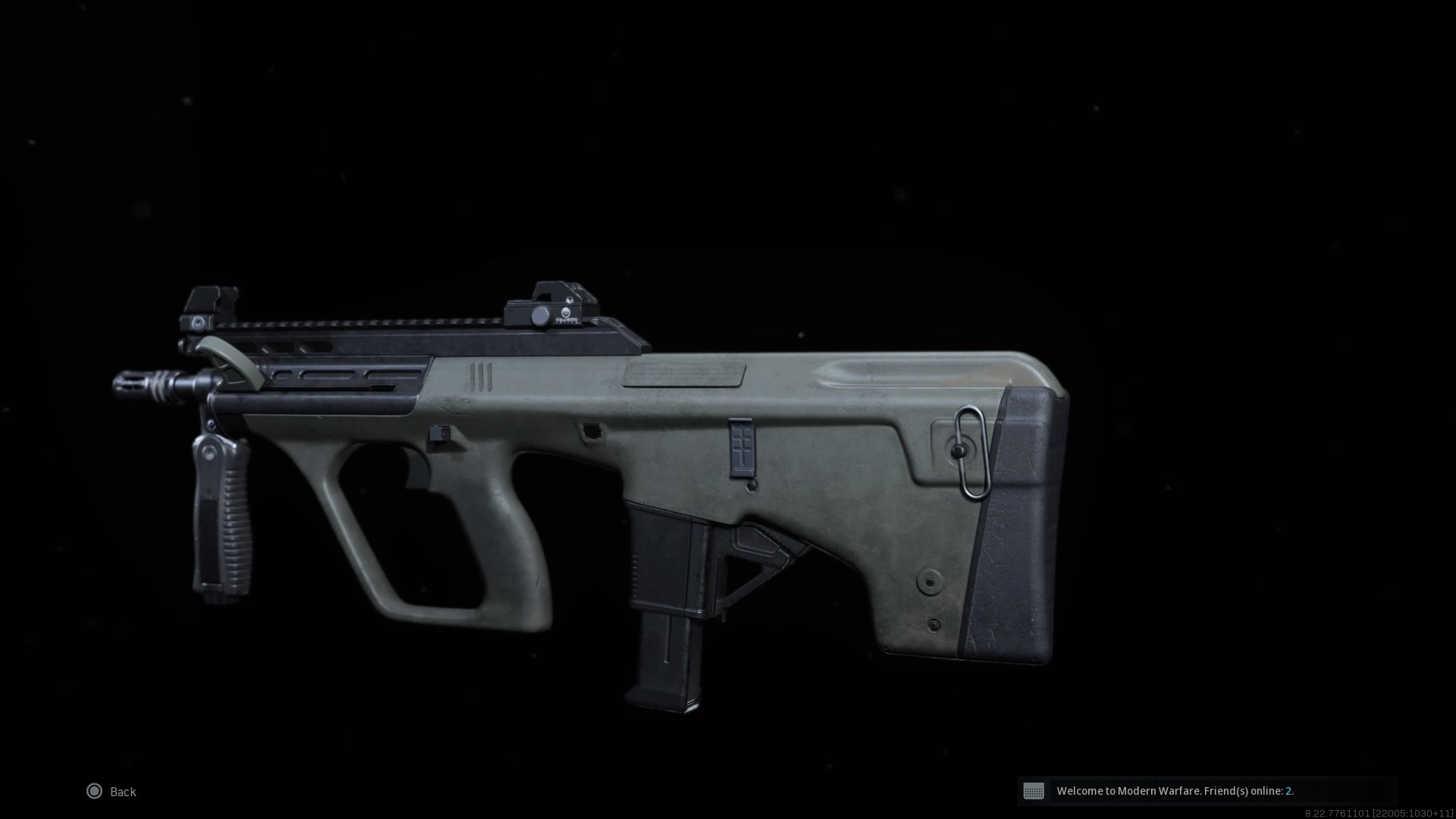 Call of Duty: Modern Warfare’s gunsmith is truly a beautiful thing. The ability to customize a gun to each player’s preference is part of what makes the game so fun.

The AUG is one of the most customizable guns in Call of Duty: Modern Warfare and Warzone—and it’s worth the time it takes to level up and unlock all its attachments.

With just a few changes, the AUG can be switched from a submachine gun to an actual assault rifle, using 5.56 ammo like the other ARs in the game.

Here’s some of the best loadouts you can use for the AUG in Modern Warfare and Warzone.

If SMGs are your thing and you want to kit the AUG out to perform better as one, this loadout is a good start. It maximizes aim down sight speed and mobility.

Using this loadout, you can transform the AUG from an SMG to an AR. The key is the 5.56 round magazine, as well as the long-range scope. This loadout is reminiscent of AUG ARs from previous CoD games.

For the battle royale players, this loadout keeps the AR theme going but ratchets it up a few notches and doubles the size of the 5.56 magazine.