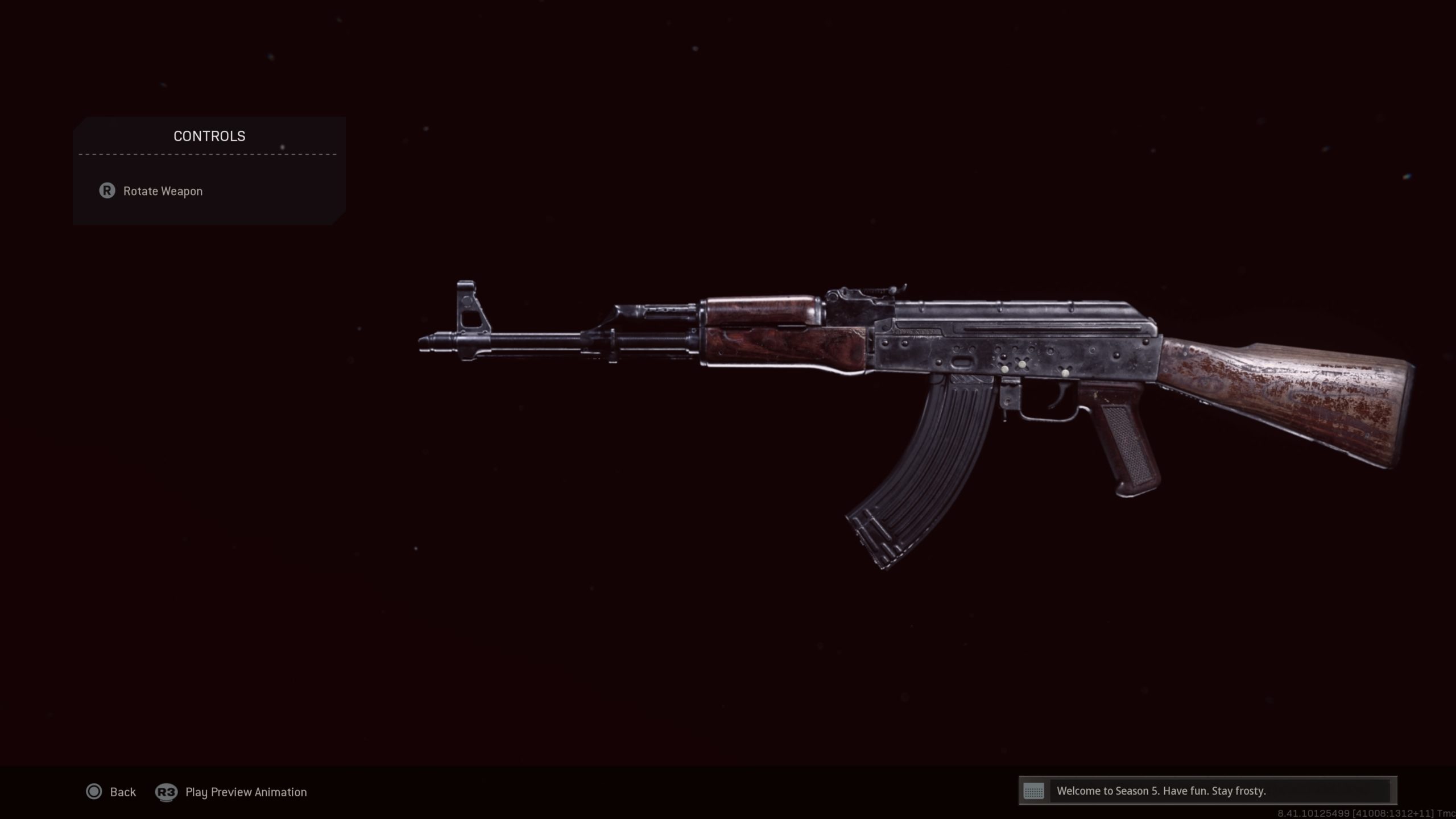 Call of Duty: Warzone’s humongous roster of weapons live within an ebb and flow of what’s good and what’s no longer worth using.

The AK-47 from Black Ops Cold War is one of these weapons and it’s the second variant of the same exact gun that’s been in Warzone since its launch. It might be the same in name and similar in appearance, but the 1980’s version performs quite differently.

After a minor buff as part of a Sept. 15 Warzone update in 2021, the Cold War AK-47 is now viable in Warzone, especially considering the nerfs to other assault rifles. It’s worth your time to level up and try out in Caldera or Rebirth Island

Here are the attachments you want to use with the Cold War AK.

The AK gets the typical AR loadout for Warzone. The suppressor and barrel will buff the gun’s damage and range, the magazine lengthens the amount of time you’ll be shooting and gives more shots to do so, the grip will help with a slow ADS time, and the scope helps you take down enemies at range.

The Cold War AK-47 is a fun weapon to use in Warzone and better than the same weapon from Modern Warfare. The buff it received in the summer of 2021 feels small, but it’s made a big difference in the weapon’s viability.

This sentiment remains true in 2022 in Warzone Pacific, making it a strong weapon for mid-range fights in BR or Resurgence alike.