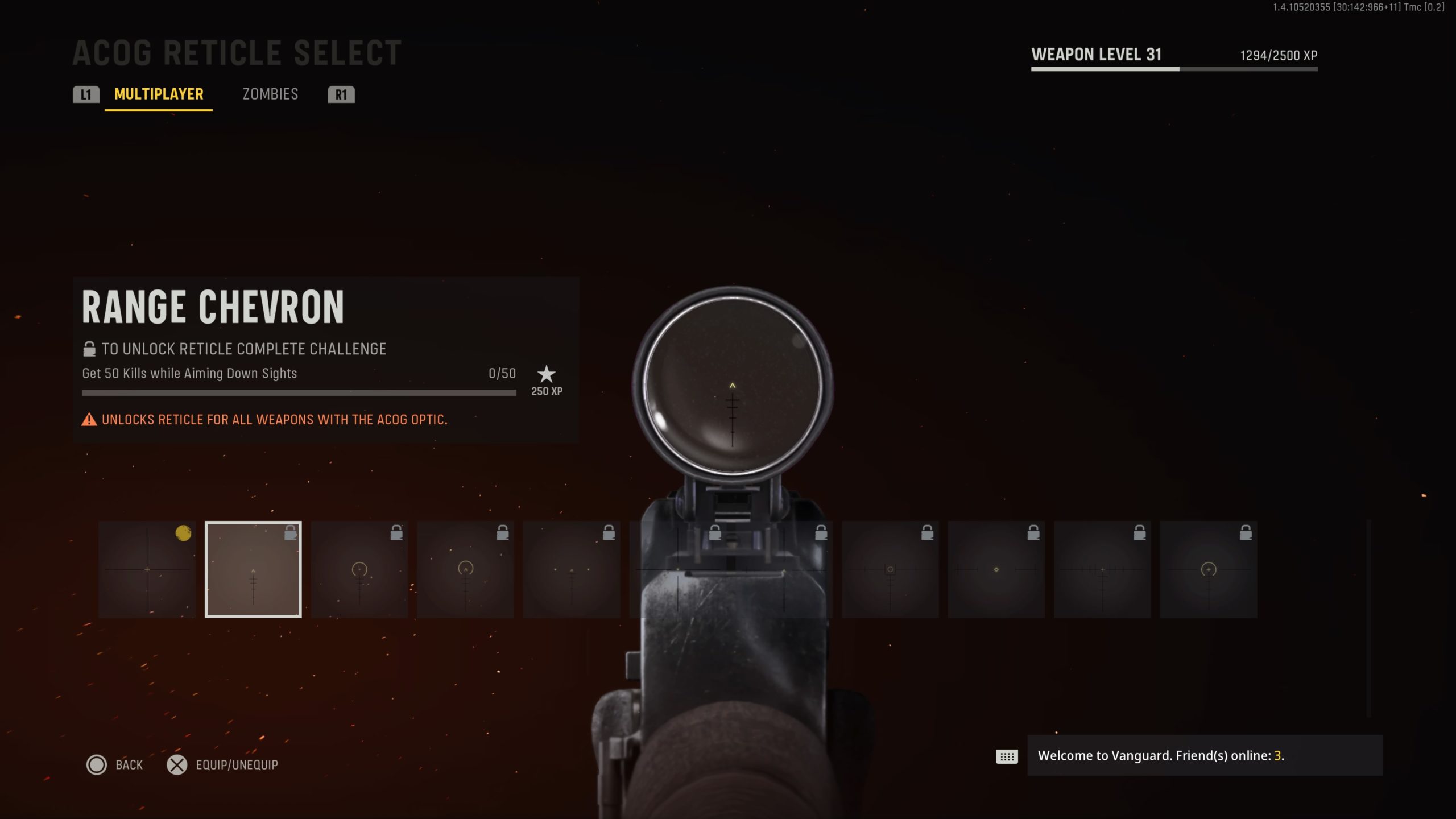 The grind for Call of Duty: Vanguard weapon camos has come to a halt for many due to an apparent bug stopping progression for numerous challenges in the game.

It didn’t take long for CoD players powering through challenges to unlock camos and optic reticles to find that progression was not working for a handful of challenges. This has caused much frustration for those trying to unlock the Gold, Diamond, and Atomic camos.

One of the camo challenges not tracking is quite specific. The Mindgames camo section for the Automaton assault rifle requires players to get kills with an Anastasia Sniper barrel, Empress Broadsword stock, and Assassin proficiency. There’s just one big issue here: The Assassin proficiency doesn’t exist for this gun.

Other camos like Diamond and Atomic require unlocking Gold for every other assault rifle and Gold can’t be achieved until all camos for that specific gun are unlocked. So the grind ends here, for now.

The other issue is with reticles. Many players may have noticed that new reticles are simply not unlocking, no matter how many kills toward the challenge have been achieved. All reticles require kills while aiming down sights with each optic attachment and they’re just not tracking right now.

As of today, Sledgehammer has not acknowledged the issues with the challenges on social media just yet. But considering this is a huge part of the endgame multiplayer grind, you can be assured that players on social media have let the devs know about it.