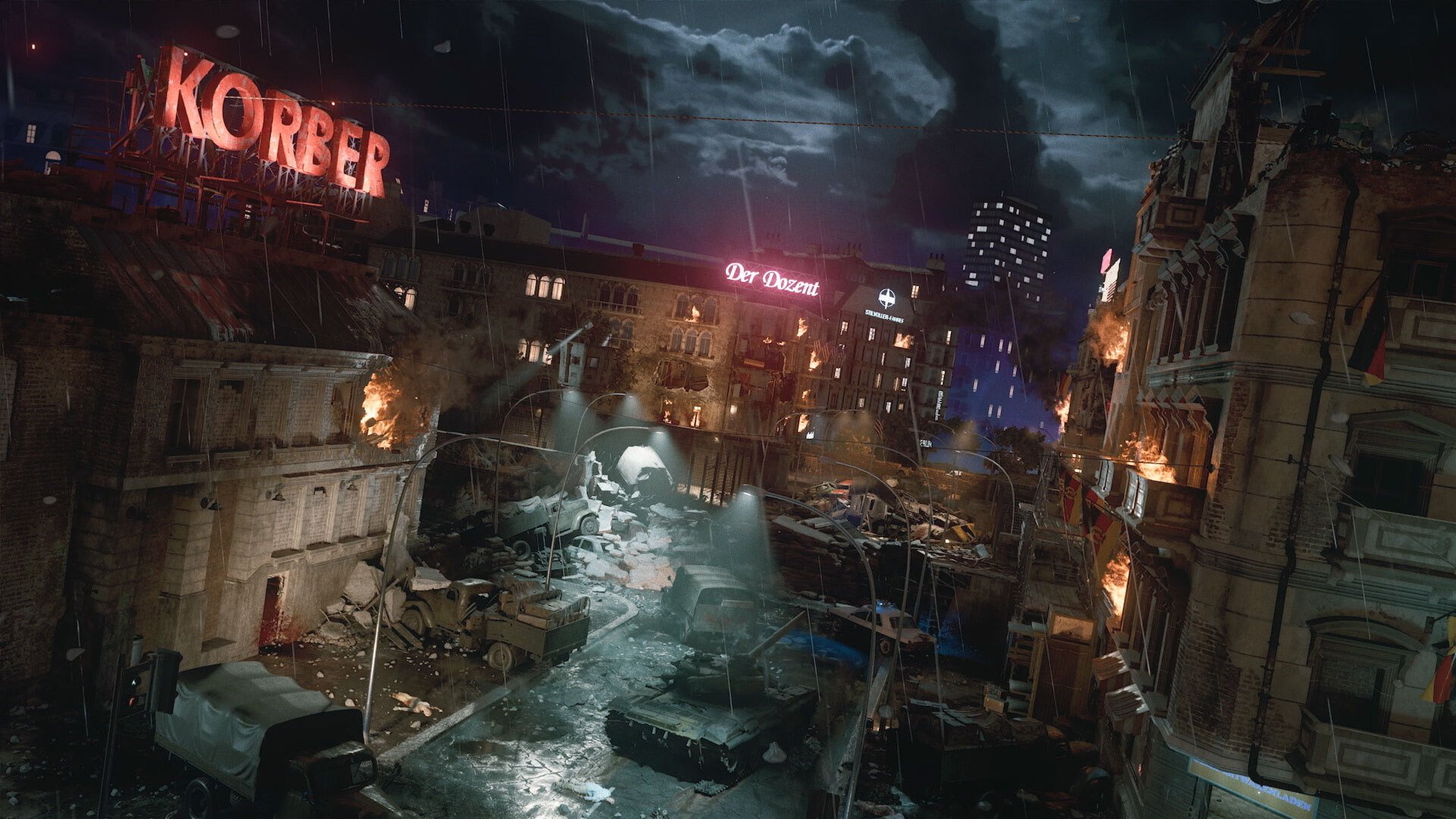 Mauer der Toten takes place near the Berlin Wall in 1984 and it features a new Wonder Weapon, which can be seen in the trailer released today. The Requiem strike team is back and fighting off hordes of the undead in Germany as the ongoing Zombies plot unfolds.

The trailer shows off a lot of the typical chaos associated with a Call of Duty Zombies map. But some things that stick out include the confirmation that the popular perk Mule Kick will be available in Mauer der Toten. Mule Kick allows players to hold three games at once instead of only two.

Based on the trailer, players can likely expect to fight off hordes of the undead on burning rooftops and in a train station. There’s even a zipline briefly featured that could offer a quick getaway if you’re pinned down.

The Krasny Soldat (similar to the Panzersoldat from past Zombies map) appears in the trailer as well. It will likely be an elite class enemy that’s more difficult to kill than the regular zombies running around the map. And we even get a look at Klaus, a robot that says “I’m here to help.”

Mauer der Toten will be available for free in Black Ops Cold War on July 15.