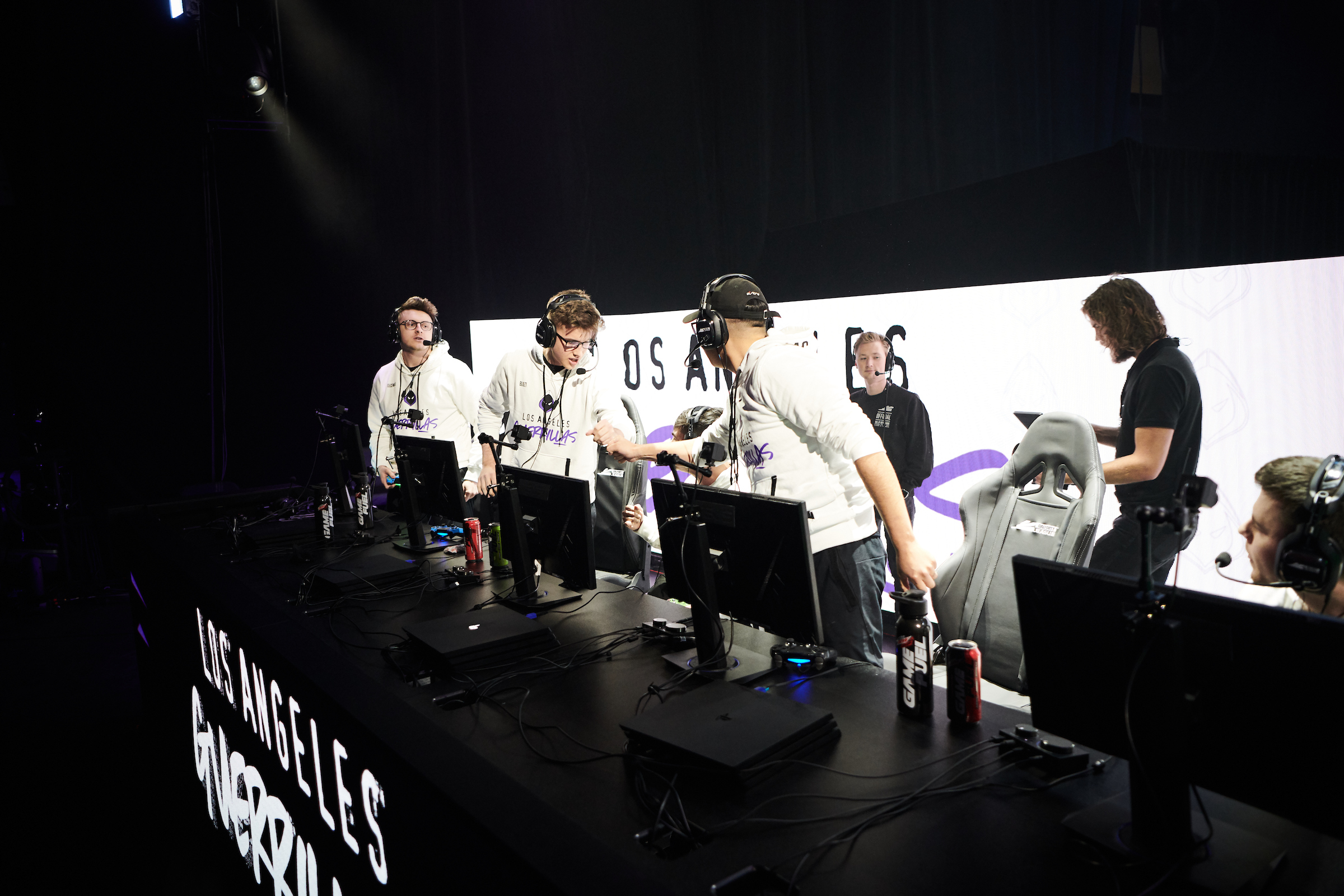 With the inaugural Call of Duty League season’s end nearing, the Los Angeles Guerrillas are making another change to their starting roster.

Saints, a veteran the team benched in March as a part of a three-player roster change, has replaced Kris “Spart” Cervantez ahead of this weekend’s Minnesota Home Series event.

Despite three young and promising players—Spart, Blazt, and Reece “Vivid” Drost—entering the starting lineup three months ago, the Guerrillas have continued to struggle. But the team has improved to a point where this most recent swap could be beneficial, according to the team’s head coach, Embry “Bevils” Bevil.

“We feel like we have gotten to a point as a team where we have a lot of structure in our practice,” Bevils told Dot Esports. “So it was time for us to start looking at all the players we had and we felt that where we are as a team right now, we could make that swap for [Saints]. A lot of his benefits are our weaknesses as a team right now.”

Before the three-player swap, LAG earned 10 CDL Points. Since then, the team has picked up 20 more points, which has kept them in last place in the 12-team league. The Guerrillas have three more events to improve their place in the standings before the $4.6 million CDL Championship tournament in August.

Bevils, not unlike many other coaches around the league, believes his team has the potential to go all the way at the end of the season.

“It might sound delusional to anyone on the outside—I think anyone competing has this mindset—but I truly believe by the end of the season, when Champs comes around, we’re going to be able to be a contender,” Bevils said. “For us, it’s a step-by-step process at the moment. We’re obviously in 12th place, but the standings above us are a bit compacted. We could easily catapult into the middle-ish area with one good weekend.”

Bevils is correct in saying that one good event combined with a few teams immediately above them not doing well could mean a massive improvement for LAG in the standings. A semifinals appearance, for example, would earn LAG 20 points, pushing them above the Toronto Ultra and Seattle Surge for 10th place. A finals appearance would put them in a tie for eighth place with the Paris Legion and New York Subliners. A win, however unlikely, could launch the Guerrillas into the top six.

A win or even a semifinal appearance is easier said than done, though. At the Minnesota Home Series, each of the league’s top five teams will be competing and LAG are in the same group as the Chicago Huntsmen, the first-place team that won the most recent event.

Despite preparing to play in a stacked event this weekend, Bevils believes this revamped roster has the potential to cause some upsets.

“With the strong suits this team does have, if we’re able to keep identifying our flaws, keep working on them, and fixing them, we have some areas that we’re so exceptional in that I think we have an amazingly high ceiling,” Bevils said. “If we’re able to keep working it and keep identifying mistakes at the pace we have been, there’s no limit to what this team can accomplish.”

The Los Angeles Guerrillas will kick off the Minnesota Home Series when they face the Toronto Ultra at 3pm CT on Friday, June 5.