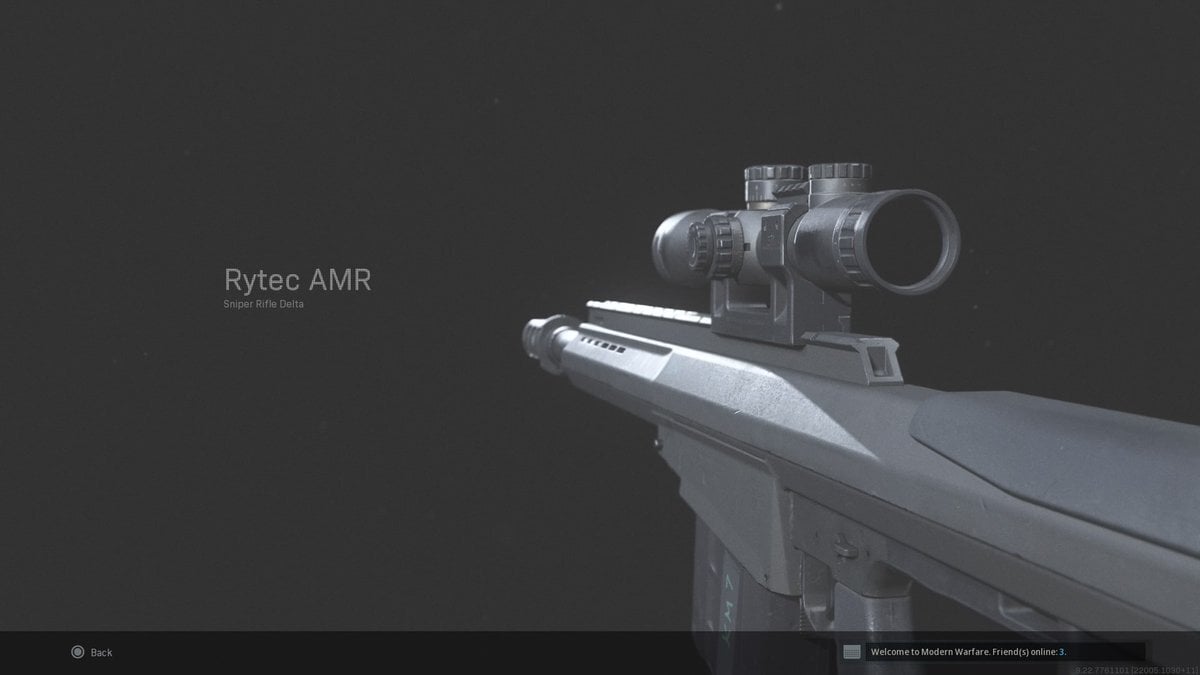 A new sniper rifle arrived in the latest Call of Duty: Modern Warfare update, but you’ll have to earn it.

As a part of yesterday’s update, which included nerfs to the MP5 and the Grau 5.56, the Rytec AMR sniper rifle was added to the game. It’s the fourth sniper in the game, joining the Dragunov, HDR, and AX-50.

Compared to the HDR and AX-50, the two best weapons in the sniper rifle category, the Rytec AMR is worse in many regards. Its accuracy, damage, mobility, and range are all worse than the top two options. The fire rate, however, is the main difference and the reason many will want to at least try out the new gun.

The Rytec is a remake of the Barrett .50cal, a popular gun used in many of Infinity Ward’s previous titles. It’s rather easy to quickscope with because the aim down sight speed is higher than other weapons in its class. To get the gun, though, you’re going to have to do some quickscoping beforehand.

To unlock the Rytec AMR, you’ll have to get three quickscope kills in 15 separate matches using either a sniper or marksman rifle. Marksman rifles do less damage than snipers, so it’s possible you’ll get hitmarkers with any of the five marksman rifles.

The easiest way to ensure you kill anyone you hit with a quickscope is to play in Hardcore matches, which have reduced health. While it may be annoying as a sniper player because you die so quickly, playing in the Hardcore playlist and, more specifically, in the Shoothouse and Shipment sub-playlist, should make this a simple process.

With so many engagements and a guaranteed one-shot kill, unlocking the Rytec shouldn’t be a problem.