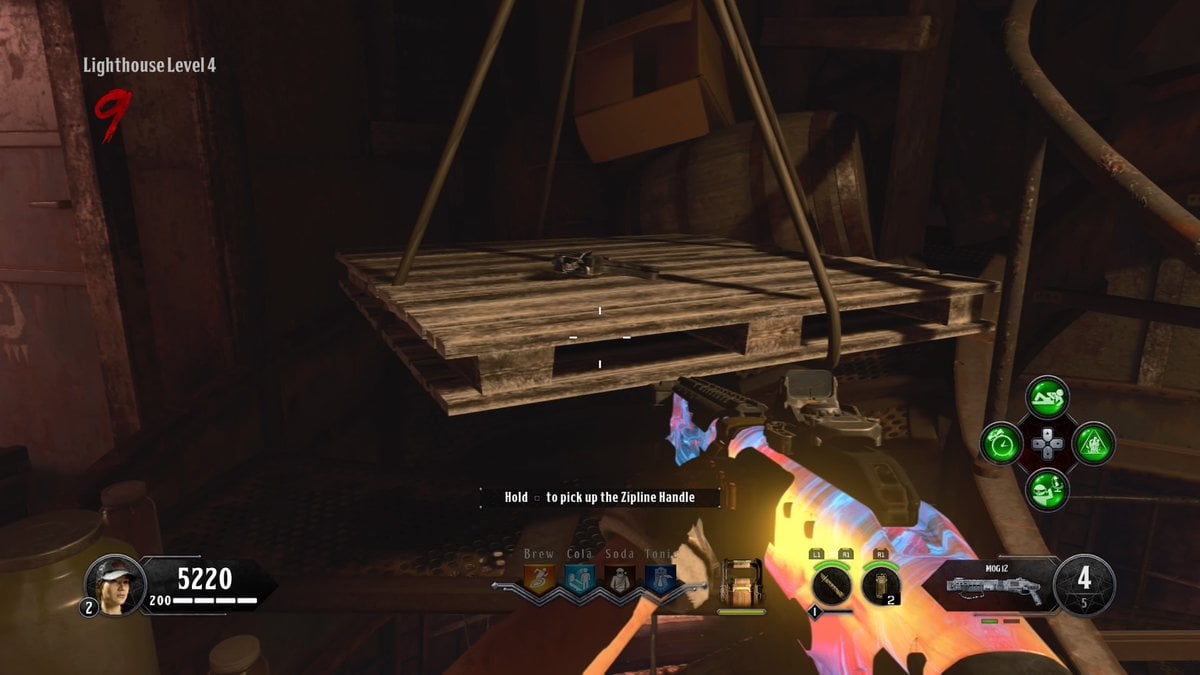 Tag der Toten is the newest Call of Duty: Black Ops 4 Zombies map that became available today on PlayStation 4. It’s a nostalgic experience for longtime Zombies fans since it’s a remake of Call of the Dead from Black Ops.

But an area that wasn’t in Call of the Dead has been added to Tag der Toten—and you’ll need a special item called the Zipline Handle to access this part of the map.

To get the Zipline Handle, you’ll first need to find two Zipline Cranks. One Zipline Crank can be found in three different locations in the Forecastle area of the map, while the other part will be in one of three spots in the Stern.

Once you have both Zipline Cranks, you’ll need to place one on a silver box on the Main Deck and another on the Sun Deck. Hold your interact button (Square on PS4) to “rotate the Zipline into position” at both locations until the on-screen text disappears.

Then, all you have to do is head to the top of the Lighthouse and interact with the character named Hermit. If you haven’t done the Blue Rock step to unlock the Pack-a-Punch machine, you’ll need to do that before this. Once you get to Lighthouse Level 4, the Hermit will drop a platform for you with the Zipline Handle on it. Simply interact with it to pick it up.

From Lighthouse Level 4, you can use the Zipline Handle to go to the new area of the map called Facility Entrance. This is an important area of Tag der Toten that you’ll definitely want to explore—and the Tonic perk machine is also in the Decontamination part of this Facility.