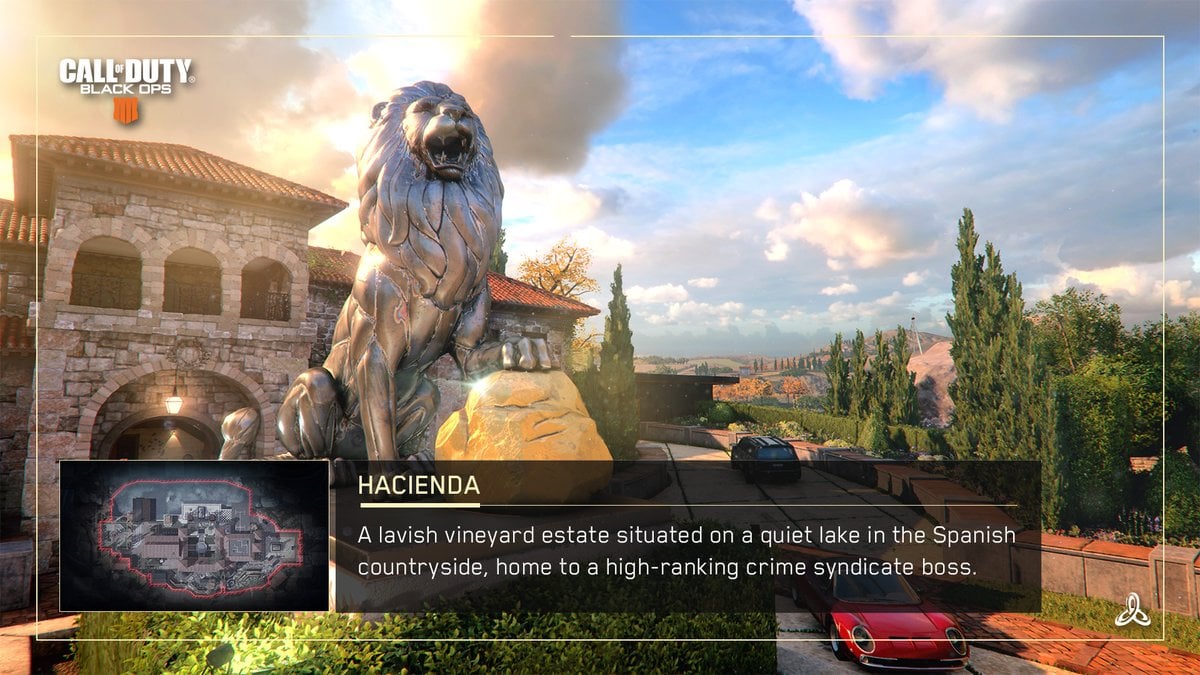 Just days after the announcement of the ruleset for the 2019 Call of Duty World League season, a new map has been added to the rotation.

Hacienda has made its way into the Hardpoint map pool, becoming the eighth map in the competitive ruleset. It joins Arsenal, Contraband, Frequency, Gridlock, Seaside, Slums, and Summit.

While Hacienda was not a part of the original ruleset, which was released Oct. 26, professional players voiced their support of the map being added into the map rotation.

Reigning world champion Patrick “ACHES” Price and 100 Thieves’ Austin “Slasher” Liddicoat were some of the most notable proponents, with both saying on Sunday that Hacienda was better than many of the Hardpoint maps that were included in the original ruleset.

When it was pointed out that Hacienda was a part of the Search and Destroy rotation, ACHES replied with praise for Hacienda’s viability in Hardpoint. He even said that Hacienda HP may be the best map and game mode combo in Black Ops 4.

Although ACHES questioned why Morocco was also not included in the Hardpoint rotation instead of a map like Summit, which many players have complained about, the league wasted less than a day to add Hacienda into the map pool.

The quick response to feedback seems like a positive sign for the competitive community, which by and large pushed back against the CWL ruleset announcement because of several powerful items that evaded any restriction. Some of the most controversial decisions included not restricting Ajax and Torque, specialists that feature some of the strongest and most effective abilities in-game.

It remains to be seen which, if any, maps will be removed from the rotation as the season-opening CWL Las Vegas tournament draws near. The open event will begin on Dec. 7.