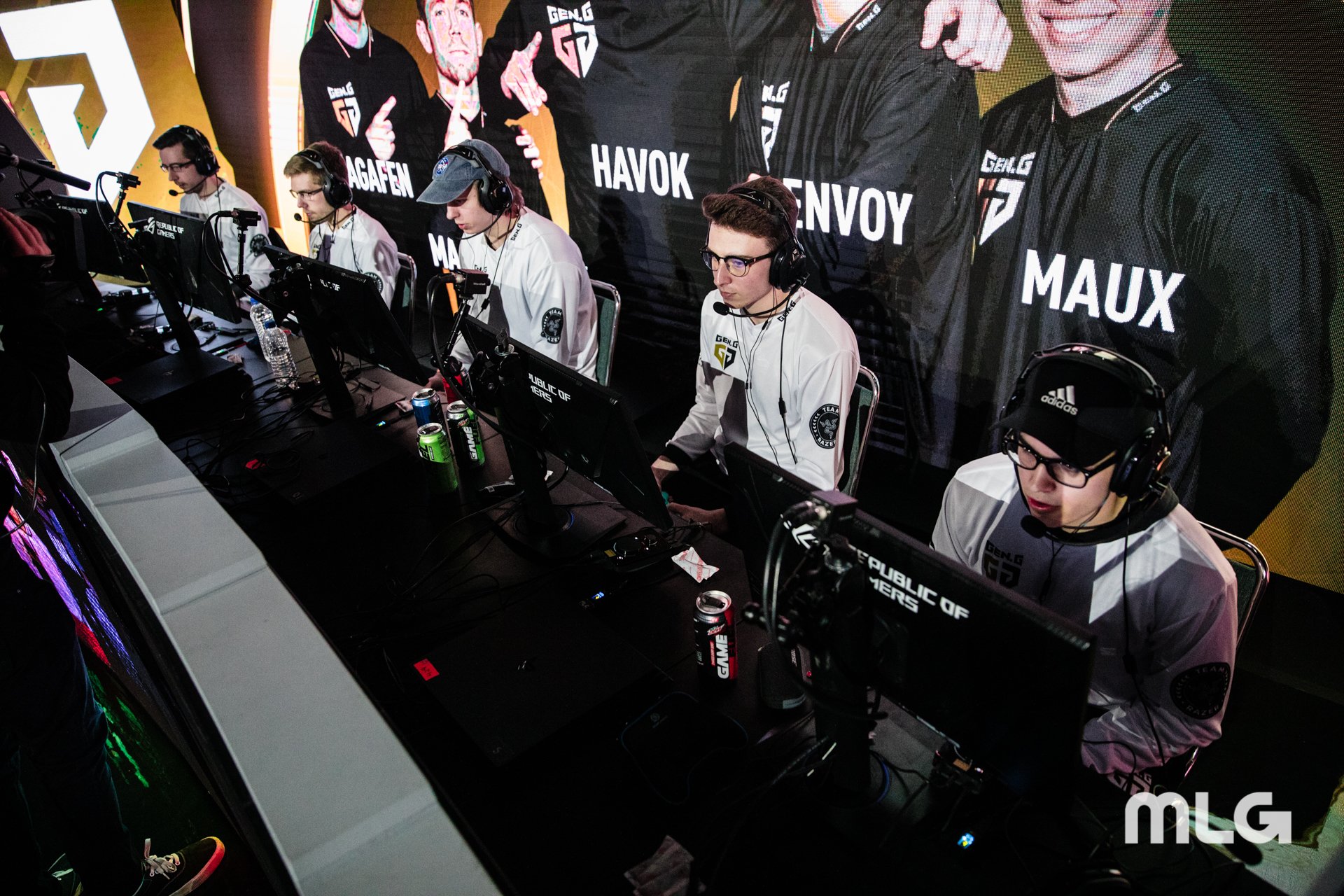 EUnited may have had the best record in the CWL Pro League entering today, but Gen.G proved they would not be outdone in their cross-divisional showdown.

Despite swapping out Jared “Nagafen” Harrell for substitute Michael “SpaceLy” Schmale, Gen.G hasn’t seemed to miss a step in the CWL Pro League. Granted, the team faced a new Envy roster in their first day back in Columbus, Ohio, but Gen.G showed they were for real today with a win against Division B’s top team, eUnited.

Before the roster change, Gen.G’s weakest game mode was Hardpoint. At CWL Anaheim, they were the only team with a winning map record that didn’t have a winning record in Hardpoint. So eUnited, with their 75 percent Hardpoint win percentage, would seem to be the far superior Hardpoint team. Unfortunately for eUnited, the series wasn’t played on paper, and Gen.G struck first with a Frequency Hardpoint victory.

With a Gridlock Search and Destroy win, Gen.G pushed eUnited back on their heels. But as they’re very capable of doing, eUnited fought back and secured back-to-back map wins to tie the series. The final map, Payload Search and Destroy, was controlled by eUnited for the first two rounds. But Gen.G, one of the best Search teams in the world, won round after round to push eUnited closer to a loss. And despite their best efforts, eUnited were not able to avoid the defeat.

This is Gen.G’s 13th victory of the season, and while they cannot secure the first seed in Division A anymore, they just need one more win to secure the second seed. And fortunately, eUnited have done extremely well until this point. Even with the loss to Gen.G, eUnited can still lock in Division B’s top spot with a win in their final two matches of the regular season.

In the other matches today, OpTic Gaming and Team Reciprocity survived five-game series of their own, while Midnight continued to roll with a 3-0 sweep over Heretics.

In what may turn out to be an incredibly difficult test, eUnited will try to get their 17th victory of the season against Midnight Esports tomorrow. Gen.G, on the other hand, face Elevate in the opening match of the day at 2pm CT.