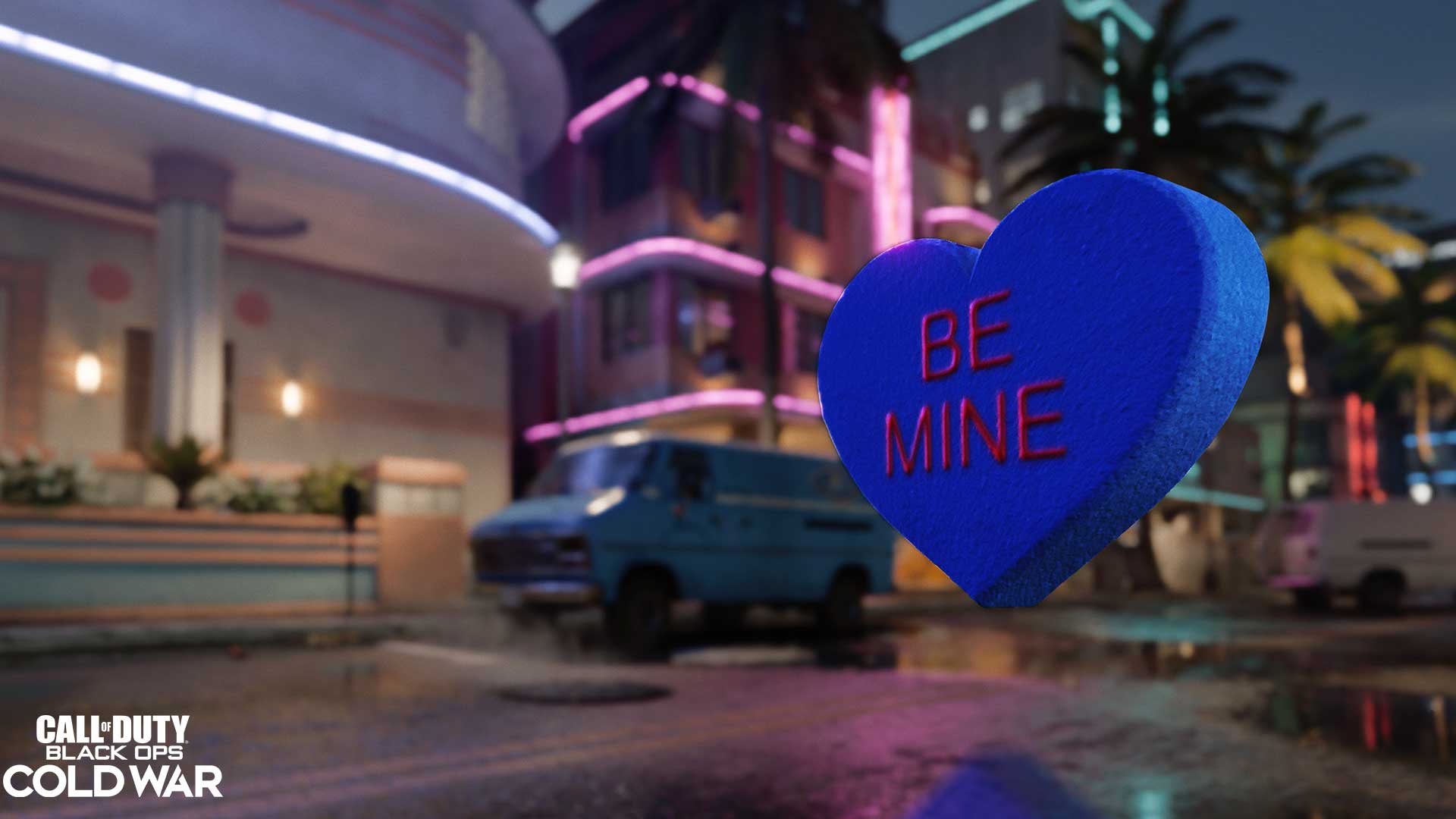 This weekend in Call of Duty: Black Ops Cold War will feature an XP boost and a Valentine’s Day-themed mode.

Activision revealed today that double weapon XP will take place in Black Ops Cold War from Feb. 12 to 15, giving players a chance to unlock attachments on guns at twice the normal rate.

To celebrate the lover’s holiday, a Kill Confirmed variant called Kiss Confirmed will be live from Feb. 11 to 18. The mode doesn’t change much about the core action, but it does swap out dog tags for candy hearts.

The store will be filled with themed packs, including a Year of the Ox Tracer Pakc bundle, a Gold Tracer pack called Golden Augx, and a Valentine’s bundle called Top Secret Admirer.

The mode was added just in time for the launch of the 2021 Call of Duty League season, which is set to begin on Feb. 11.