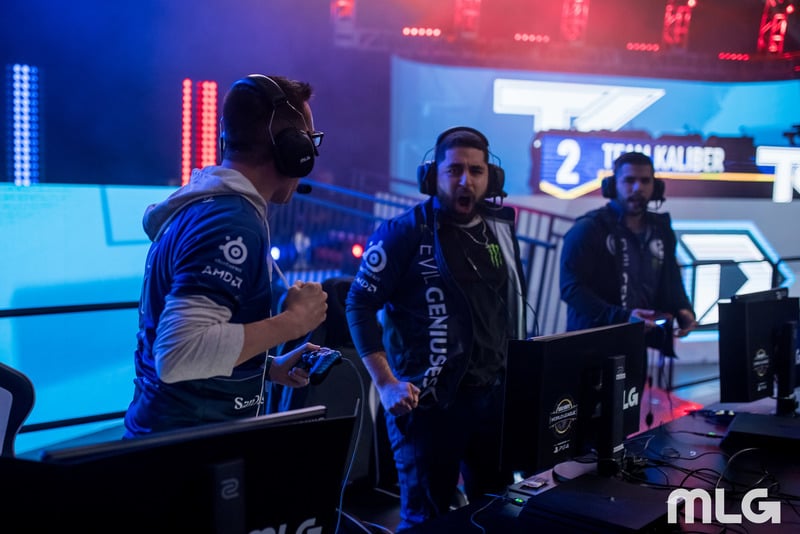 After a brief break for the 2018 Call of Duty World League Atlanta Open last weekend, Stage One of the CWL Pro League returned on Wednesday.

The eight Division B teams were back in action in Columbus, Ohio earlier today—and fans were treated to several intense matches right away.

One of the most shocking results of the night was Evil Geniuses sweeping Team Envy. EG kicked off the series with a 250-200 win on London Docks Hardpoint. Patrick “ACHES” Price led the charge for EG at 39/32, while Team Envy’s Austin “SlasheR” Liddicoat had an uncharacteristic bad map at 19/29.

Bryan “Apathy” Zhelyazkov then took over Valkyrie Search and Destroy, going 14/3 to help EG get the 6-3 victory. With a 2-0 series lead, EG started out hot on London Docks Capture the Flag, but Team Envy tied it up to force overtime. EG punched in the first flag cap of overtime and then put a stop to Envy’s last-second effort to secure the series sweep. Anthony “NAMELESS” Wheeler went huge with 30 kills in map three as EG overcame SlasheR’s 32/16 performance.

In the other matches on Wednesday, FaZe Clan swept Epsilon, while UNILAD pulled off a surprising 3-2 win against Splyce. Luminosity also picked up two victories over Epsilon and eUnited—but the matches were much closer than some fans may have anticipated.

With Jordan “Reedy” Reed playing as a substitute, Epsilon pushed Luminosity to five games. But Sam “Octane” Larew and crew clutched up on Valkyrie Search and Destroy to earn the 3-2 series win over Epsilon. In the final match of the night, Luminosity improved to 8-1 with a 3-1 victory against eUnited—but each game in this series was pretty close.

The CWL Pro League will be back in action on Thursday, March 15 with eUnited vs. Epsilon at 4pm ET.