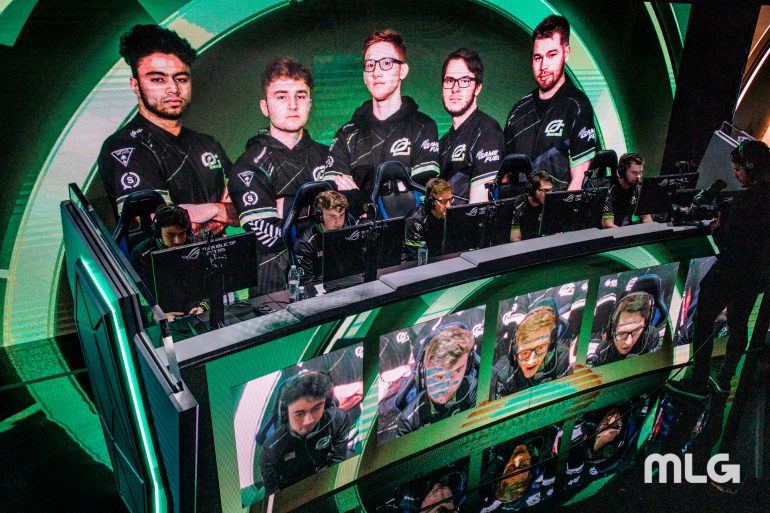 OpTic Gaming have looked like one of the best teams in the world in the last month, and their hot streak was too much for Evil Geniuses to handle in the two teams’ CWL Pro League meeting today.

While Evil Geniuses attempted to stay close to OpTic in the opening Hardpoint, OpTic proved to be too much for EG on Gridlock. And OpTic looked just as overpowering on Arsenal Search and Destroy to in game two, which gave them a comfortable two-game lead in the series.

Some analysts predicted EG to take at least one map, but OpTic had a different idea and finished out the match with a dominating Frequency Control victory. The win marks OpTic’s 12th of the season and gets them one step closer to locking up Division A’s top spot.

Team Reciprocity’s also swept Midnight Esports in the opening match of the day, while FaZe Clan dispatched of Gen.G in four maps in the last match. The more interesting match out of these three, though, was between Luminosity and UYU, the bottom two teams in the division.

Nearly every analyst on the desk believed LG would come out of the series with a win, but they weren’t so sure it was going to be very easy. But LG let the opening Hardpoint slip away, which certainly wouldn’t help their morale. They then lost the next Search and Destroy, which was their 12th consecutive loss in a non-Control game mode since CWL London.

Of course, Luminosity came away with the Control victory on Seaside, but another close Hardpoint went the way of UYU. This was UYU’s first win since March 25, when they defeated Heretics in cross-divisional play.

With only two matches left for each team, three teams—FaZe Clan, Midnight, and Reciprocity—are competing for two playoff spots in Division A. Reciprocity, who are two games behind the others, will have to win out and hope either Midnight or FaZe lose their final matches.

FaZe will kick off tomorrow’s matces against Evil Geniuses at 2pm CT, while Reciprocity faces UYU at 3:30pm CT and Midnight tries to overcome OpTic at 5pm CT.