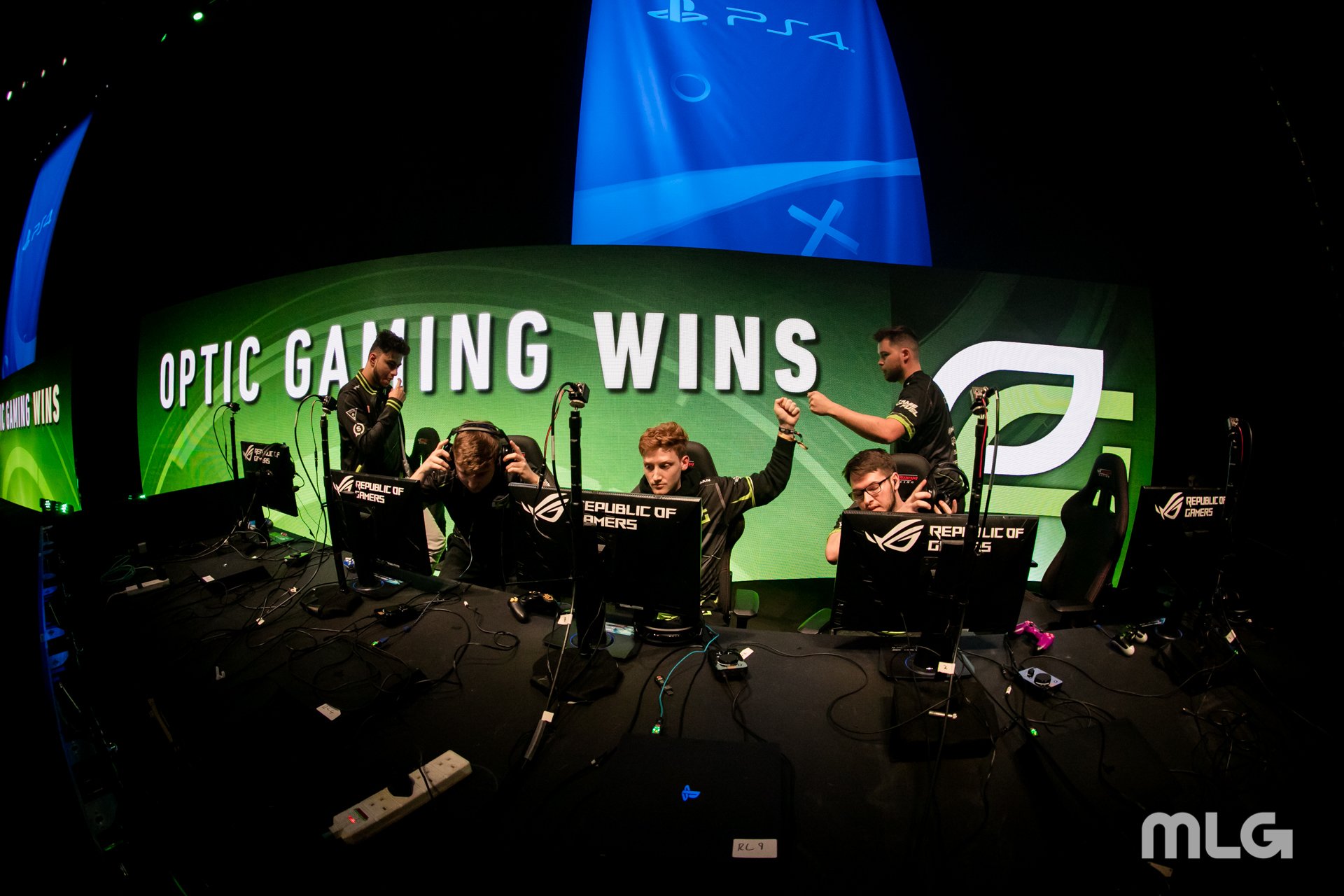 Two of the most popular teams in all of Call of Duty, OpTic Gaming and FaZe Clan, collided for the first time in the CWL Pro League today. Both teams won each of their first two matches this week, but one would have to lose before the day was over.

On Seaside Hardpoint, FaZe Clan fell behind by more than 100 points early in the game. OpTic failed to stay in the lead, though, and FaZe successfully mounted one of the greatest comebacks of the season to take the first map 250-247.

OpTic jumped out to quick lead in the next game, Frequency Search and Destroy, as well, but FaZe couldn’t come back this time. OpTic swept the game, winning all six rounds to tie the series. FaZe was able to fire back on Arsenal Control, which they dominated yesterday against Luminosity, to take back the lead.

Although FaZe was able to gain a considerable amount of points on Arsenal Hardpoint, OpTic was able to win the second HP of the series, tying the series and forcing a fifth and final game.

On Hacienda Search and Destroy, it was FaZe who jumped into the lead. But in a flip of the first map, FaZe let OpTic gain too much ground, and the Green Wall eventually crushed FaZe for their 10th victory of the season.

Midnight Esports and Team Reciprocity both had close matches as well today, and they were able to pick up 3-2 wins over UYU and Gen.G, respectively. In the final match of the day, Evil Geniuses won their second consecutive match by defeating Luminosity in four games.

With three wins already secured this week, OpTic Gaming will try to finish their week out with a victory over UYU at 6:30pm CT. FaZe Clan vs. Team Reciprocity will open the day at 2pm CT.