With the win, eUnited improve to 3-1. 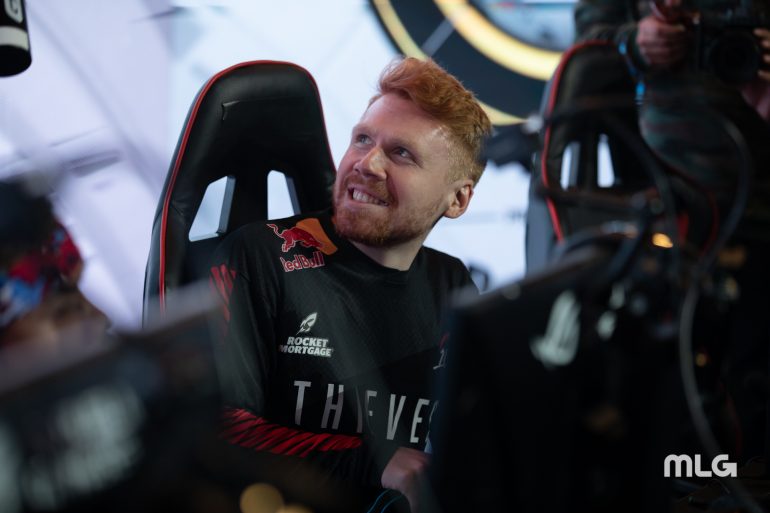 Despite picking up some much-needed momentum with a 3-0 win over Denial Esports on Wednesday, 100 Thieves struggled to close out maps in their meeting with eUnited on Thursday.

In the opening game of the series, 100 Thieves and eUnited fought for control of Seaside Hardpoint. At different points in the game, both teams looked extremely capable of taking the early series lead. But eUnited came out on top, picking up the win by just eight points.

Arsenal Search and Destroy was similarly tight, with both teams giving themselves a chance to take the second map. Unfortunately for 100 Thieves and their fans, eUnited once again finished out the game with a victory after Sam “Octane” Larew was unable to win a one-vs-two situation in the 11th round.

And despite two close losses, 100 Thieves were able to fight back into the series with two consecutive respawn map wins. The second Search and Destroy proved to be the final blow, though, and eUnited were able to take a very tense map to close out the series.

For eUnited, it’s their third win in a row after losing the first match of Division B against Team Heretics. 100 Thieves, however, will enter week two with a 1-2 record after losing to Splyce in their division opener on Tuesday.

In the other matches on Thursday, Team Heretics defeated Excelerate to stay undefeated, Team Envy rebounded with a win over Denial, and Splyce beat Enigma6 to improve to 3-0.

100 Thieves will have plenty of time to improve their record, and their next shot will be against Team Envy, who they play against in the opening match of week two at 5pm CT on Monday, Feb. 25.